Find out which of these companies jumped on takeover chatter.

The stock market moved higher on Thursday, sending major benchmarks to gains of 1% or more as investors celebrated what they saw as favorable developments on the trade front. After having sought to impose substantial tariffs, the White House took a step in the other direction today, saying that the U.S. would consider rejoining the Trans-Pacific Partnership if it could do so under attractive terms for the nation. That took some of the tension out of the market and refocused attention on the coming earnings season, which most expect to be positive. Some companies also had good news of their own to drive stock prices higher. GoPro (GPRO -2.73%), Incyte (INCY -1.55%), and Wynn Resorts (WYNN -3.61%) all had solid advances on the day. Here's why they did so well.

GoPro gets some interest

GoPro stock rose 7% following reports that the action camera maker might draw a takeover bid. Chinese electronics company Xiaomi has considered making an offer for GoPro, according to reports, confirming speculation that the decline in share price that GoPro has seen lately could prompt would-be buyers to step up to the plate. Even with today's gains, though, GoPro shares have lost half their value, and after particularly weak performance during the holiday season, it could prove difficult to convince a would-be suitor to follow through with an acquisition bid. 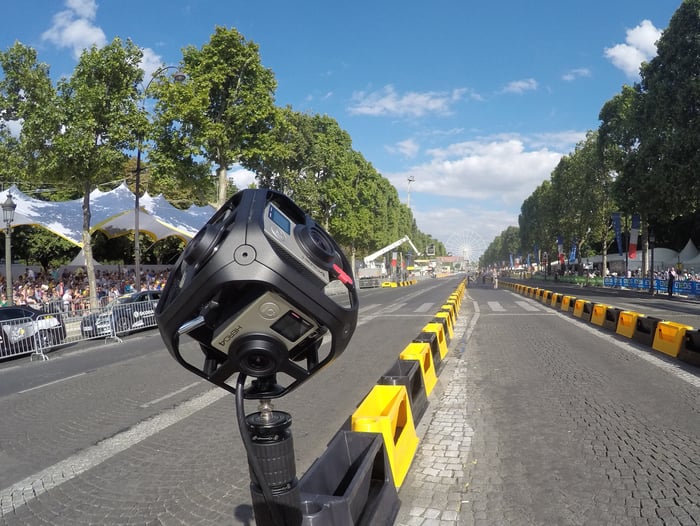 Shares of Incyte added 5%, regaining some ground lost earlier in the month by the biopharmaceutical company. On April 6, Incyte said that its epacadostat candidate treatment for melanoma failed to meet its phase 3 study's primary endpoint of improving progression-free survival in combination with Merck's Keytruda compared to simply using Keytruda by itself. That sent the stock down about 20%, but since then, investors have seemed to get more comfortable with the idea that other studies of epacadostat as well as other treatments in Incyte's pipeline could generate positive results. Today's move reflects that positive sentiment as the company prepares to give its latest quarterly update on its overall business.

Wynn looks to get out of Boston

Finally, Wynn Resorts stock jumped 4%. The beleaguered casino company is reportedly looking at selling its Boston Harbor resort project to MGM Resorts, addressing concerns that Massachusetts regulators won't allow Wynn to move forward following allegations of sexual misconduct against former CEO Steve Wynn. The former executive asked regulators to remove his name from Wynn Resorts' casino license after having divested his shareholdings in the company and left his position there, and a public hearing will consider the request further. Yet the possible sale seems to signal Wynn Resorts' concerns with moving forward with the Boston-area project, and it'll be interesting to see what terms MGM is able to extract from its rival if a sale goes through.