Would you pay for an ad-free version of Facebook?

Facebook (META -3.67%) COO Sheryl Sandberg recently addressed the Cambridge Analytica scandal in an NBC News interview, admitting that the company was deceived by the data firm's "assurances" and should have come clean sooner. Sandberg also noted that Facebook relied on targeted ads to remain a free service, and that it "would be a paid product" if it let users opt out of its targeted ads.

Facebook stated that it had no plans to launch a paid service, and that Sandberg was only speaking in hypothetical terms. However, the Washington Post subsequently polled its readers asking if they would pay to use Facebook. Forty-two percent of the respondents, at the time of this writing, stated that they would pay $1 to $7 per month to use an ad-free version of the social network. On the opposite side, 42% of respondents said that Facebook should pay them for their personal data instead.

So, would turning Facebook into a paid service ever work? 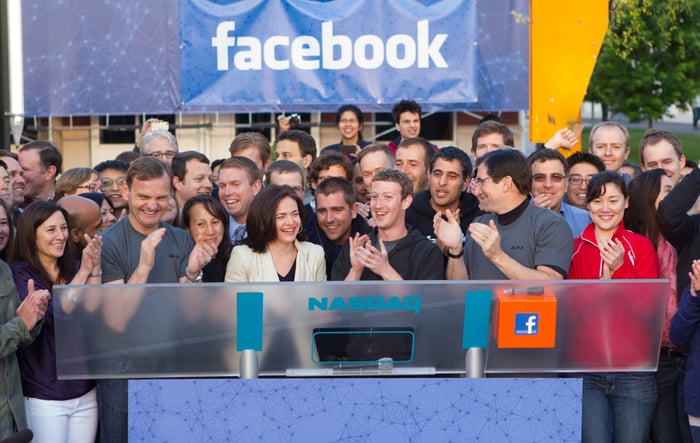 The consumer or the product?

Apple (NASDAQ: AAPL) CEO Tim Cook often criticizes "free" internet services like Facebook and Alphabet's (NASDAQ: GOOG) (NASDAQ: GOOGL) Google for mining users' data for targeted ads. Back in 2014, Cook slammed such services by stating: "You're not the customer. You're the product."

Facebook and Google don't bear all the blame, however, as internet users are so accustomed to using free platforms that they're only willing to pay subscription fees for a handful of services. As a result, many websites, app developers, and internet companies use ad-supported business models.

Unless those habits change, companies like Facebook and Google will keep crafting targeted ads to make money. Facebook doesn't sell personally identifiable data to marketers. Instead, it lets advertisers target groups of users based on their gender, age, location, likes, followed pages, and other information. The Cambridge Analytica breach occurred because Facebook allowed third-party app developers to access users' personal profiles -- a loophole that the company eliminated in 2014.

Would a 'freemium' model work?

Facebook is actually better positioned to launch a so-called freemium business model than Google. Facebook has 2.1 billion monthly active users (MAUs), many of whom are locked into its ecosystem by their own social connections and shared content. 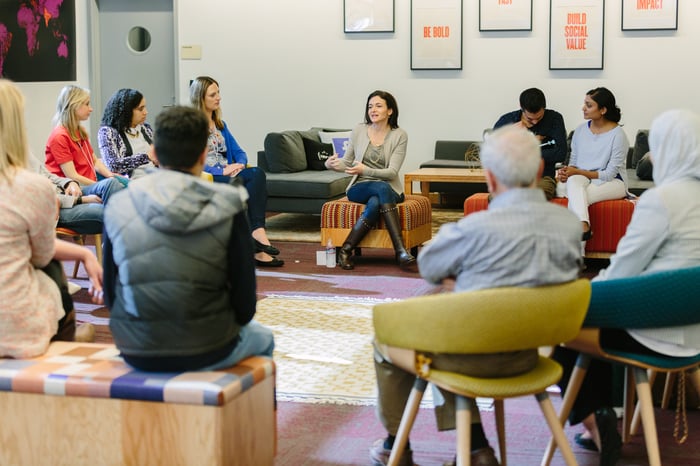 There's no real alternative to Facebook. However, Microsoft's Bing is a viable alternative to Google's search engine, and there are a number of options for e-mail and cloud-based file storage systems that could take users out of Google's ecosystem. Therefore, launching paid tiers for Facebook doesn't seem as far-fetched as turning Google into a paid service.

Each of these platforms has more free users than paid subscribers. Users are slowly -- but surely -- signing up for more ad-free services. Facebook could theoretically remove ads, increase options for customizing news feeds, and introduce exclusive videos on Facebook Watch for paying users. That type of paid bundle could even set the foundation for its long-rumored push into streaming music.

In theory, Facebook users could opt out of targeted ads by paying just a few dollars per month. It's important to note, however, that the company's ad revenues rose a whopping 49% last year, which means Facebook could require higher subscription fees to replace any loss of ad revenues per user that might occur.

A shift toward a freemium model could also throttle the number of available ads on Facebook, which would boost its overall ad prices. Such a change would likely require Facebook to alter its business model in order to successfully balance free and paid services.

It seems unlikely Facebook will launch a paid, ad-free version anytime soon. But it makes strategic sense if it wants to clarify how it makes money and win back the trust of mainstream users. For now, investors should note that internet users are more willing to pay for quality services -- but it's unclear if Facebook will take that leap.