Appian, Walt Disney, and Activision Blizzard could have what it takes to deliver over the ultralong term.

Predicting how a company will perform over the next year is difficult enough. Finding companies that have what it takes to thrive on a 50-year timeline is a challenge on a whole different level, but the rewards actually scale in a way that's favorable to long-term investors. Succeeding on this front typically involves identifying businesses with unique competitive advantages that will enable them to thrive on growth trends and capitalize on new opportunities that emerge along the way.

With an eye toward the ultralong term, we asked three Motley Fool investors to identify a company with qualities that could pave the way to ongoing growth and stellar returns. Here's why they think that Appian (APPN 7.62%), The Walt Disney Company (DIS 4.44%), and Activision Blizzard (ATVI 0.86%) are stocks that will flourish over the next half-century. 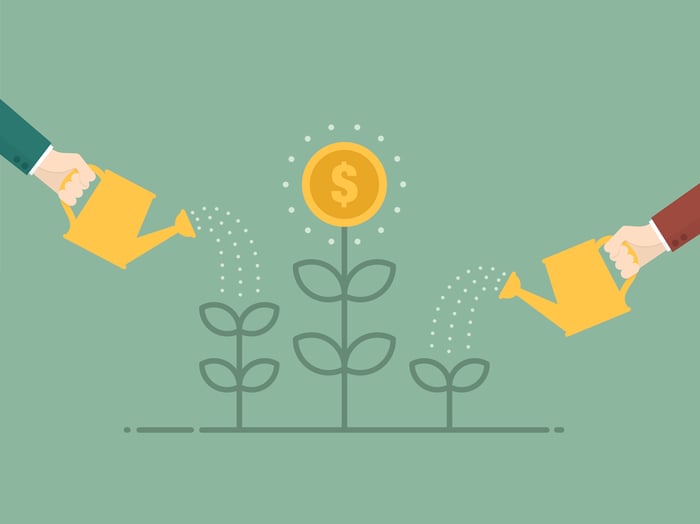 Dan Caplinger (Appian): The revolution in technology that began in the 1980s has only picked up steam recently, as the expansion of the internet to cover the majority of the globe has led to revelations about the value of the things that technology can do and the information that you can gather using it. Companies have a greater opportunity than ever to use technology to their advantage, but gaining the IT prowess to capitalize on that opportunity can seem out of reach. Appian seeks to make it easier for its customers to embrace technology.

Specifically, Appian provides what's known as low-code software development platforms, which allow its customers to come up with customized software solutions for their specific needs. That lets Appian clients avoid the cost of maintaining an extensive in-house IT staff without having to compromise by purchasing generic third-party software solutions that don't always fit well with what clients are trying to do. The result is making business processes easier and more efficient at a fraction of the cost that clients would otherwise have to pay. Appian is still in the early stages of fully tapping demand for its services, and the huge growth that it has found thus far is just the tip of what is likely to become a big iceberg of future expansion.

Growth in the House of Mouse

Travis Hoium (Disney): When you think of a growth stock, you may initially think of how much a company grew last quarter or last year. But Foolish investors should look at growth over the very, very long term (think decades) as what drives value -- and that's where Disney shines. Its combination of content creation, media distribution, and theme parks has proved to be a lucrative model for decades. 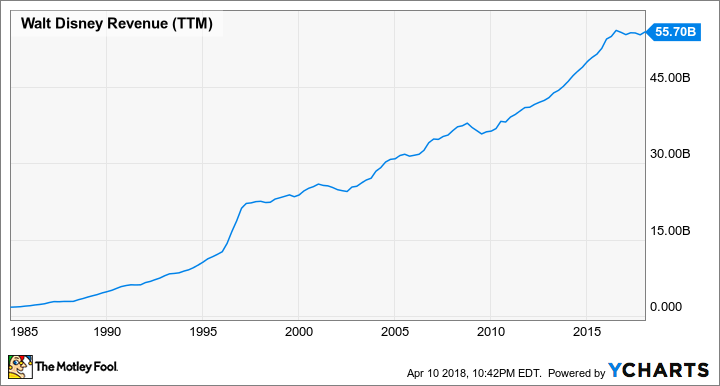 Today, Disney's business consists of media networks (41% of revenue), parks and resorts (34%), studio entertainment (16%), and consumer products and interactive media (9%). The segments work together to leverage the content coming from Disney's studios -- including Marvel, Pixar, and Lucasfilm -- to generate multiple revenue streams. That's how a universe like Marvel can end up in theaters, network and cable TV, streaming services, and theme parks. This diverse set of revenue channels is something no other media company can match.

Challenges in the media networks segment have received a lot of attention lately because of the growth of Netflix (NFLX 0.71%) and millions of lost subscribers at ESPN, but that's just one part of the business. And I think that the media business challenges over the long term are overblown. When Disney begins offering streaming services later this year, it may actually be able to reach more customers and generate more revenue than networks alone do today. Disney's content is in demand worldwide, so the services could potentially reach billions of people, driving growth beyond the $55.7 billion in revenue generated last year.

Content is still king, whether it's distributed in movie theaters, through cable wires, or via streaming TV. And when you combine great content with other revenue generators like parks and resorts and consumer products, it creates a very profitable business. That's an advantage Disney still has on the market, and I think it will make this stock a winner for decades to come.

Fun and games (and gains)

Activision Blizzard is a leader in the video game industry, backed by a stable of franchise properties and development studios that put it on track to continue shaping the future of interactive entertainment and reaping the rewards. With franchises like Call of Duty, Candy Crush, and World of Warcraft, the company has a strong presence across console, PC, and mobile platforms, and its studios have a fantastic track record of engineering hits. These assets also make it one of the top ways to invest in the future of esports and mixed-reality content -- two emerging product categories with "next big thing" potential.

Even if those high-growth opportunities don't live up to their potential, the company's core business looks to be in strong shape. More people are playing video games today than ever before, and there's still a huge runway for growth amid the backdrop of an expanding global middle class. The effects of this can already be seen in China, where total revenue in the mobile gaming industry has grown roughly 250% since 2015. There's also a very good chance that video game sales will have completely transitioned to digital distribution within the next 50 years, cutting out retail middlemen like GameStop and sending more revenue directly to publishers like Activision Blizzard.

With its strong competitive position and industry tailwinds at its back, I think Activision Blizzard will continue to serve up wins in the coming decades.