Please ensure Javascript is enabled for purposes of website accessibility
Log In Help Join The Motley Fool
Free Article Join Over 1 Million Premium Members And Get More In-Depth Stock Guidance and Research
By Sean Williams - Apr 16, 2018 at 9:36AM

You might want to get gold-mining stocks on your radar.

The past two-plus months have been something of a wake-up call for investors. After a particularly uneventful 2017, which saw the stock market precipitously climb without much in the way of downside moves, the swiftness of the February and March corrections caught Wall Street and investors off-guard. It took just 13 calendar days for the broad-based S&P 500 and iconic Dow Jones Industrial Average to fall from their all-time closing highs to correction territory -- i.e., down more than 10%.

As you might have expected, not too many industries have escaped the sudden downdraft in stocks. The fast-growing technology sector has been volatile, with social media giant Facebook embroiled in a data scandal. Meanwhile, most U.S. multinationals have struggled in the wake of President Trump's tariff announcements on steel and aluminum. 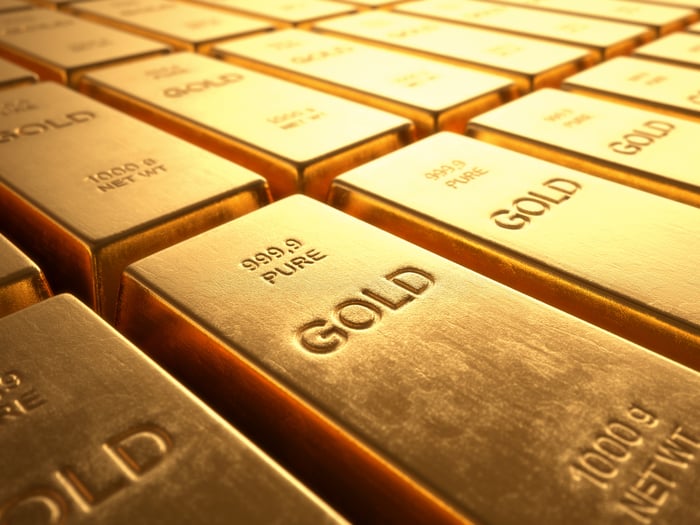 We haven't seen this happen in five years

Yet, one asset hasn't crumbled in step with the stock market: gold. Looking as lustrous as ever, the shiny yellow metal has advanced by a modest 2.4% year-to-date through April 12. By comparison, the Dow and S&P 500 have dipped by 1.4% and 1.8%, respectively, since the year began, and by more than 10% on a few occasions since hitting their all-time highs on Jan. 26.

Strong first quarters have been somewhat common for gold over the past couple of years. In fact, in 2016 gold wound up delivering its best first-quarter performance in three decades. But it's not the nominal increase in gold during the first quarter of 2018 that's so impressive. It's what the precious metal has done from a trading perspective since the year began.

How gold regained its luster

Why the sudden interest in gold? It probably has to do with a combination of three factors.

To begin with, fear is playing a role. Gold has long been a go-to investment when the CBOE Volatility Index, a gauge of investor fear, spikes higher. Considering that the outlook for a trade war between the U.S. and China has seemingly changed by the day, uncertainty has provided a spark that's fueled modest upside in gold. Of course, you should also keep in mind that uncertainty isn't exactly quantifiable, meaning investors' emotions are playing a role too. 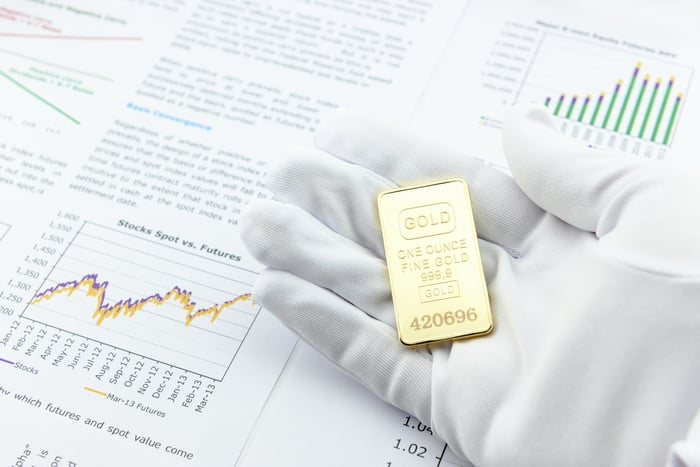 Second, and perhaps the most consistent factor over the past year that has aided in gold's ascent, is the declining U.S. Dollar Index. Historically, the dollar and gold (which is denominated in dollars) tend to move in opposite directions.

I'd also attribute gold's recent strength to the struggles in the cryptocurrency market. Once perceived to be an alternative to gold as a store of value, bitcoin and its virtual currency peers have proven to be anything but a store of value in 2018. Since Jan. 7, 2018, the aggregate cryptocurrency market cap has plummeted as much as 70%, pushing investors back to traditional stores of value such as gold and silver.

This is what really has my attention

Of course, precious metals themselves don't always make for the best investments. Physical gold and silver offer no dividend yield, and you have no way as an investor to really dig deep into fundamental data. Instead, investing in the mining and/or royalty companies that produce precious metals is usually the smartest way to go.

With gold having consistently stayed above $1,300 an ounce for 105 days, and mining companies still being relatively cautious with their capital expenditures, I wouldn't be at all surprised if we witnessed precious-metal miners run circles around Wall Street's EPS forecasts in the upcoming quarter.

But a quick glance of precious-metal miners -- specifically those that focus on gold -- reveals that a majority are down for the year. That may represent an intriguing buying opportunity if the current gold price proves sustainable, and the mining companies in question have a means to responsibly expand production. 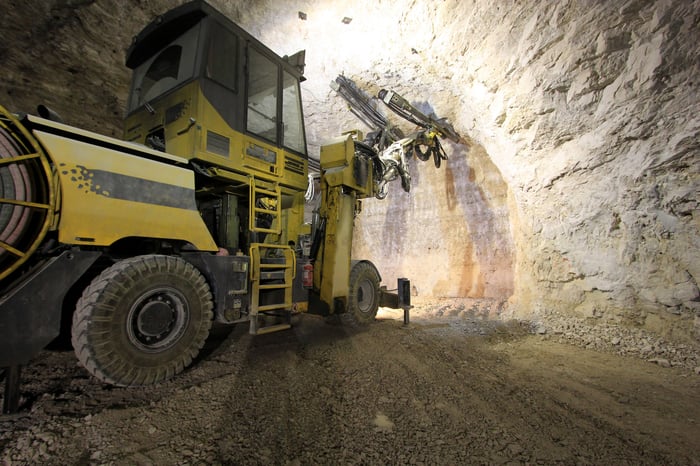 As with most fundamental metrics, value is in the eye of the beholder. Being an avid investor of precious-metal mining and royalty stocks, I've learned over the years that cash flow tends to be even more important than profitability, as cash flow dictates the ability to pay off debts and fund expansion projects. My arbitrary rule (developed through years of experience) is that a precious-metal mining company is fairly valued at 10 times its cash flow per share. Right now, there are quite a few companies trading below this arbitrary mark on a forward basis.

Yamana Gold represents just one of what could be many precious-metal bargains that I'd encourage investors to look more closely into.