Please ensure Javascript is enabled for purposes of website accessibility
Log In Help Join The Motley Fool
Free Article Join Over 1 Million Premium Members And Get More In-Depth Stock Guidance and Research
By Scott Levine - Jun 6, 2021 at 11:57AM

After turning a cold shoulder to the stock in the winter, investors are warming up to this gold producer.

After falling 24% through the first three months of 2021, shares of Yamana Gold (AUY 0.00%) recovered in April and skyrocketed 67%. Investors' appetite remained strong in May, as shares rose 14%, according to data from S&P Global Market Intelligence.

In addition Yamana's lustrous strong first-quarter 2021 earnings report, the rising price of gold and motivated investors to pick up shares. 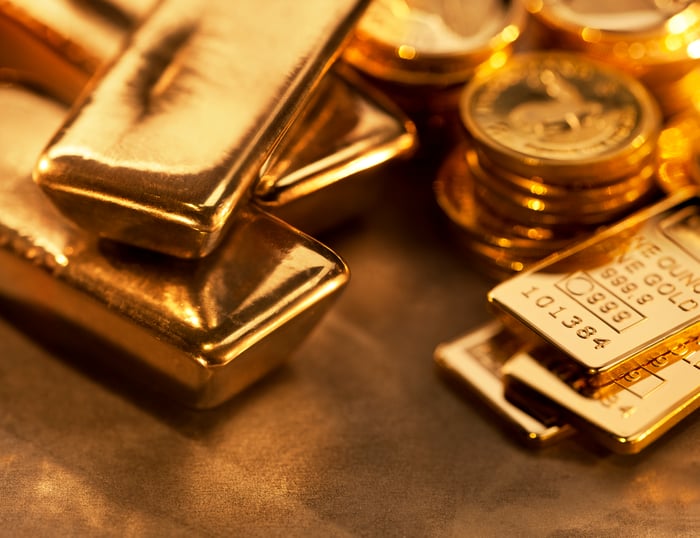 Beginning 2021 on solid-gold footing, Yamana delighted shareholders with its Q1 2021 earnings report on April 28. Yamana, for example, reported gold equivalent ounce (GEO) production of about 232,000 ounces, a 5% year-over-year increase, which the company attributed to unexpectedly strong gold production at Canadian Malartic and Minera Florida plus silver production at Cerro Moro.

In terms of financials, there was also a lot for investors to celebrate. Yamana grew the top line more than 18% compared to the same period last year, reporting revenue of $422 million. The bottom of the company's income statement glittered as well; the company grew EPS from $0.05 in Q1 2020 to $0.06 in the recently completed quarter. But it was Yamana's impressive ability at turning gold into green that really stood out. The company reported $76 million in free cash flow for the first quarter of 2021, representing a year-over-year increase of 95%.

While the strong earnings report moved some investors to act, the even greater impetus for the stock's rise last month was the rising price of gold. After falling 8% through the first three months of 2021, the price of the yellow stuff rebounded in April and continued to soar higher in May. 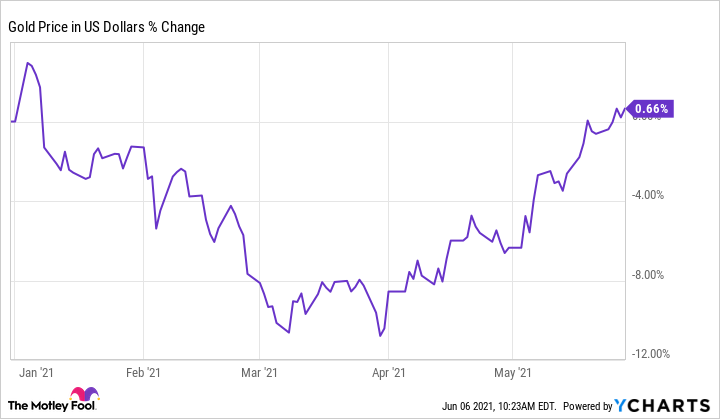 Considering the high correlation between movements in the price of gold and those of gold producers like Yamana, it's little surprise that the stock soared last month -- especially considering the glittering dividend. Whereas many gold mining companies don't pay a dividend, Yamana's dividend, which currently yields more than 2%, offers one of the higher yields among those gold stocks that do return cash to shareholders.

While Yamana's rise last month isn't so unexpected considering the price of the yellow stuff is creeping higher, the company's strong first-quarter earnings report further proves how the company is one of the more compelling options for gold-oriented investors. And with several growth projects in the works, Yamana's future appears bright. Even with the stock's recent rise, shares are still reasonably valued and deserve serious attention from those looking to add some luster to their portfolios.