2018 has started out slowly for Philip Morris International (NYSE:PM) investors, with the stock having lost ground since the beginning of the year. Even as the company continues to move forward with its efforts to transform itself from being a leading seller of traditional cigarettes to its new focus on reduced-risk products, Philip Morris hasn't been able to convince everyone that its new long-term strategy will pay off in the end.

Philip Morris said it will report its first-quarter earnings on Thursday, April 19, and investors are trying to figure out what they're likely to see. As the company grapples with issues in many of the markets it serves internationally, Philip Morris also has to navigate a key regulatory process that could have huge implications for the U.S. market. Let's take a closer look at Philip Morris International and what it's likely to say when it reports its latest results. 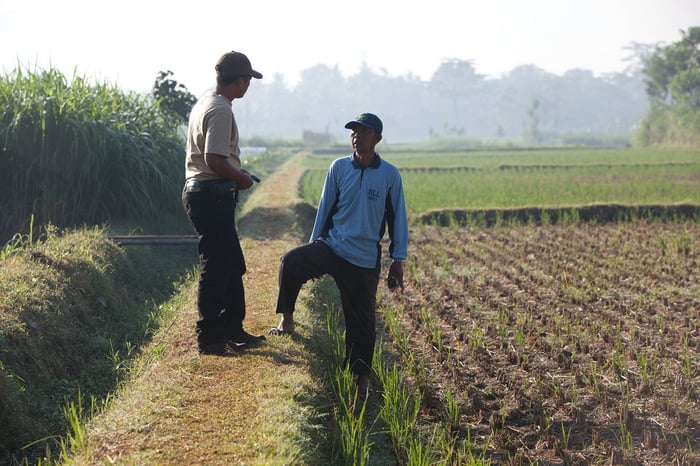 Investors have gotten a lot more downbeat in recent months about Philip Morris' short-term earnings expectations. They cut their first-quarter projections dramatically, but they've made only tiny reductions to their outlooks for the full 2018 and 2019 years. The stock hasn't done well either, falling 6% since mid-January.

Philip Morris saw some pressure when it reported its fourth-quarter results back in early February. The company saw solid gains of nearly 20% on its top line net of excise tax, and although tax reform had an expected negative impact on net income, adjusted earnings grew by nearly a fifth. Yet some investors had expected more, as cigarette shipments still declined on a year-over-year basis.

Huge increases in volume of iQOS heated tobacco units were impressive, with units sold climbing more than fourfold to 15.7 billion. Japan remains the key location where most of those sales are taking place, but more than 10% of Philip Morris' total iQOS volume occurred outside of Asia, with places like Europe starting to see some acceleration in growth of the reduced-risk product.

Still, regulatory battles remain common, and Philip Morris has had mixed success in dealing with them. Back in February, Lithuanian authorities concluded that some of the company's advertising probably violated local laws, with continuing uncertainty surrounding whether iQOS should be treated as a tobacco product. Philip Morris managed to avoid criminal prosecution in the Netherlands, and the company also emerged victorious when a New Zealand court found that Philip Morris could market iQOS in the South Pacific nation without violating a key environmental law governing smoking and other tobacco products.

Investors are also watching closely to see how Philip Morris handles its pending application before the U.S. Food and Drug Administration (FDA) for iQOS. Early indications haven't been as positive as many had hoped, and now, FDA efforts to restrict the level of nicotine in cigarettes could pose another potential threat to the commercialization of the heated-tobacco product for the U.S. market.

Macroeconomically, shareholders hope that Philip Morris will benefit from the relative weakness of the U.S. dollar. Increases in the Japanese yen and the euro should help boost earnings to some extent, but the company has already built some of those currency impacts into its projections for the year. If the dollar reverses course, therefore, it could further disappoint those following the stock.

Philip Morris will have to address the regulatory climate worldwide when it presents its numbers later this week. If it can overcome those obstacles to find ways to keep building up its business, then Philip Morris could get its stock moving in the right direction again. Yet even after the report, questions will remain that won't get answers until the FDA and other regulators issue final rulings on the fate of iQOS in their respective markets.