Please ensure Javascript is enabled for purposes of website accessibility
Log In Help Join The Motley Fool
Free Article Join Over 1 Million Premium Members And Get More In-Depth Stock Guidance and Research
By Dan Caplinger – Apr 18, 2018 at 9:15AM

Find out why the Oracle of Omaha is taking extreme measures.

Warren Buffett is one of the most successful investors of all time, and one of the reasons why his high-performing Berkshire Hathaway (BRK.A 0.05%) (BRK.B 0.55%) has done as well as it has is because of Buffett's mind-set. Berkshire's CEO seeks out businesses that already embrace the principles that he values, and corporate leaders at many of the companies that he has acquired over the years choose to become part of Berkshire Hathaway because they know that the Oracle of Omaha's interests will be aligned with their own.

Given that philosophy, there are some things that Buffett typically avoids doing that have become staples of other investors' playbooks. Yet that doesn't mean that Berkshire Hathaway won't use every tool at its disposal to do right by its shareholders. In particular, Buffett is dealing with a tough situation involving one of his long-held companies, and interesting times have apparently called for an unusual response from the investing guru. 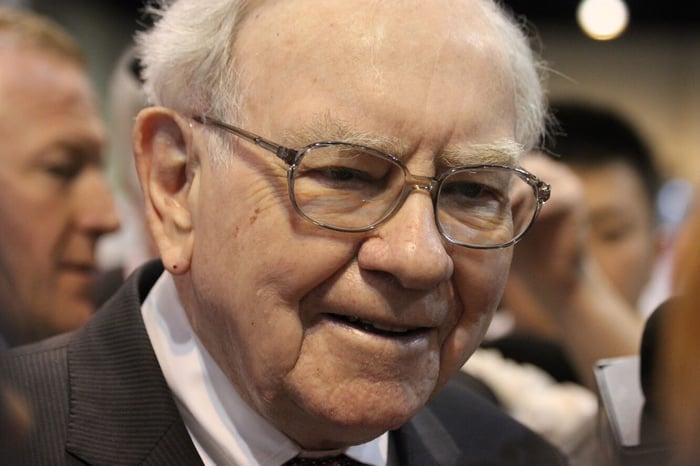 How Buffett got to this point

Warren Buffett likes to hold his stock positions for the long run, and his experience with USG (USG) has been typical of his other long-term investments. The Oracle of Omaha started buying shares of the manufacturer of Sheetrock drywall and other building materials back in 2000, accumulating a sizable stake that has ballooned to more than 30% of the company. USG ended up going through bankruptcy in order to get a handle on its asbestos liability claims, but thanks largely to Buffett's involvement, the building materials company not only survived bankruptcy but also saw share prices soar briefly on hopes that USG would once again fully participate in the then-strong housing boom.

Buffett had mixed success with his timing in investing in USG, as the housing bust and financial crisis sent shockwaves through the company's business. However, Berkshire used its reputation as a capital provider of last resort to obtain a great deal from USG, earning 10% interest as well as getting conversion rights that the Buffett-led conglomerate eventually used to bolster its overall stake in USG.

Looking for the exit

Over the past several years, however, USG hasn't done much to add to Berkshire's overall success. After bouncing back from its financial-crisis lows, the stock has been largely flat since 2013, missing out on an extraordinary market. The company didn't even get a mention in Buffett's letter to shareholders this year, showing how little influence it has in the Berkshire leader's thinking.

Because of that, it makes sense that Buffett was willing to listen to offers from Germany's Knauf. In a Securities and Exchange Commission filing, Berkshire Hathaway revealed that Knauf had contacted it on several occasions over the years to discuss potential interest in purchasing USG. Those discussions hadn't resulted in any action previously, but in March, Knauf made a nonbinding proposal that described the conditions under which it would purchase USG for $42 per share.

In response, Berkshire offered to grant Knauf an option to purchase its stake in USG at whatever price Knauf and USG later agreed to, but for at least the initial $42-per-share offer price. Buffett suggested a price of $2 per share for the option agreement, which would last six months.

USG rejected Knauf's suggested offer, saying that the $5.9 billion price put a "wholly inadequate" value on the company. Knauf responded by saying that USG hadn't had really discussed the proposal with the would-be acquirer, suggesting that USG management wasn't interested in negotiating a higher price but rather than it simply wasn't interested in doing a deal. That flew in the face of Berkshire's stance on the deal, putting Buffett in the unusual situation of having to assert his influence over a company in which Berkshire held a major position.

In the latest on the deal, Knauf has called for shareholders to vote against USG's slate of directors at its annual shareholder meeting in May. Buffett has indicated that Berkshire will vote against USG, sending a strong signal that the current directors have lost his confidence. With Knauf controlling a substantial stake in the building products company, it'll be almost impossible for USG to muster enough support to defeat the challenge.

The news is disappointing for those who had believed that USG was going through a potentially successful turnaround. The company has argued that its strategic plan puts shareholders in a position to reap big gains from turnaround efforts, but Knauf is opportunistically seeking to be the one to cash in.

Nevertheless, Buffett's unusual determination to force a sale shows that he's far from convinced that USG's long-term efforts would be successful on its own. Whether Knauf and USG come to an agreeable arrangement in the coming weeks or USG ends up fighting to the bitter end in a proxy battle, Berkshire's rare aggressive tactics make it almost inevitable that a deal will go forward in the near future.