Find out which stocks stood out on a solid market day.

The stock market was largely mixed on Wednesday, as the Dow Jones Industrial Average struggled to keep pace with modest gains in other major benchmarks. Earnings continued to dominate the headlines on Wall Street, and despite some clear losers on that front, investors seemed to be generally pleased with the way that the first quarter seems to have gone for corporate America. Some leading companies had good news that pushed their shares higher. Freeport-McMoRan (FCX -0.58%), United Continental Holdings (UAL -0.63%), and CSX (CSX -0.03%) were among the best performers on the day. Here's why they did so well.

Shares of Freeport-McMoRan picked up 5% as the natural resources company benefited from a nice move higher in the energy market. Domestic crude oil prices rose about $2 per barrel to around $68.50, while international Brent crude climbed to $73.50 per barrel as positive comments from Saudi Arabia spurred speculation that oil prices could return to triple digits in the foreseeable future. For Freeport, energy makes up just part of its overall operations, but copper prices also climbed about 2%, helping to support the mining side of Freeport's business. Today's move continues what has been an exciting time for Freeport-McMoRan as it has sought to rebound from its difficulties when oil prices were less than half what they are today. 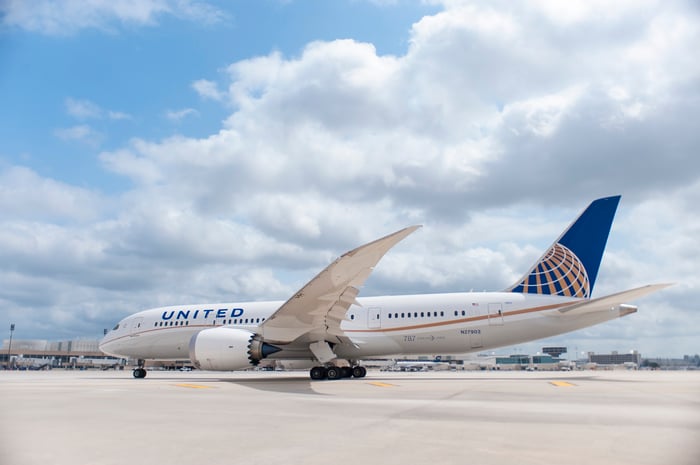 United Continental stock gained 5% after the airline giant announced its first-quarter financial results. The airline saw net income jump by nearly half from year-ago levels, and even though most of those gains came from extraordinary items, United saw growth in key metrics like passenger revenue per available seat mile. Moreover, United said that it now expects full-year adjusted earnings of $7 to $8.50 per share, reflecting what CEO Oscar Munoz called "our increased confidence in the outlook for the remainder of the year." The airline had already signaled better times ahead, but investors didn't believe United until they could see the numbers for themselves.

Finally, shares of CSX jumped 8%. The railroad managed to hold revenue flat in its first-quarter results compared to prior-year levels, and efforts to rein in costs helped contribute to earnings per share that were double what CSX brought in during the first quarter of 2017. Overall shipment volumes were down, with particular weakness in fertilizer and agricultural products, but rising revenue per unit helped to secure the railroad's top line. Even in the wake of the tragic death of the railroad's former CEO, CSX is moving forward with greater optimism about its long-term prospects.

My Top Mining Stock to Buy in October
376%