Please ensure Javascript is enabled for purposes of website accessibility
Log In Help Join The Motley Fool
Free Article Join Over 1 Million Premium Members And Get More In-Depth Stock Guidance and Research
By Daniel B. Kline - Apr 19, 2018 at 6:21AM

Most people know when they're getting hit with ATM charges, but some other fees people pay the keepers of their cash often go unnoticed.

You may not recognize it because they hit your account balance gradually, but bank fees can really pile up: The average American spent $329 on them in 2017, according to Chime Bank's Bank Fee Finder Summary Report.  Some of these fees are well-known costs of doing business, or the price we chose to pay for certain types of convenience. Others, however, are far less known, sneaking little bites from customers' wallets without them even noticing it.

Case in point: A new study on bank fees from international money transfer platform TransferWise examined 15 different bank fees, and found that overall customer awareness of them varied greatly. For example, 91% of consumers were highly aware of ATM fees, 89% were similarly clear about investment fees, and 88% checked that box regarding overdraft fees. But fully 57% of the 1,000 people surveyed said they were unaware some banks charge a returned mail fee, while 45% did not know that their banks might be charging them to redeem rewards points.

"The reward point fee is definitely something people should know about," said Certified Financial Planner Bobbi Rebell in a press release. "It may be time to reevaluate which merchants you support to get those rewards. No one wants to read the fine print, but if you want to get what you have earned -- and you have earned it -- put it on your reading list." 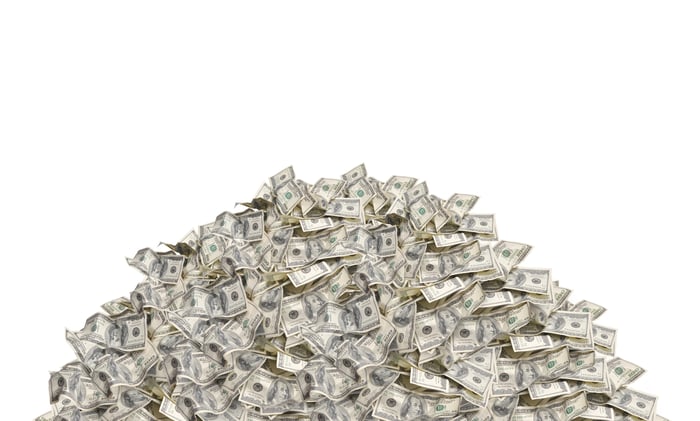 Do you know how much you're spending on bank fees? Image source: Getty Images.

What other fees are people surprised by?

On the positive side, only the above-mentioned returned mail fee surprised more than half of those surveyed. Still, 39% were not aware of transaction search fees, 35% had not heard of early account closure fees, and 34% did not realize that some banks charge a minimum balance fee. 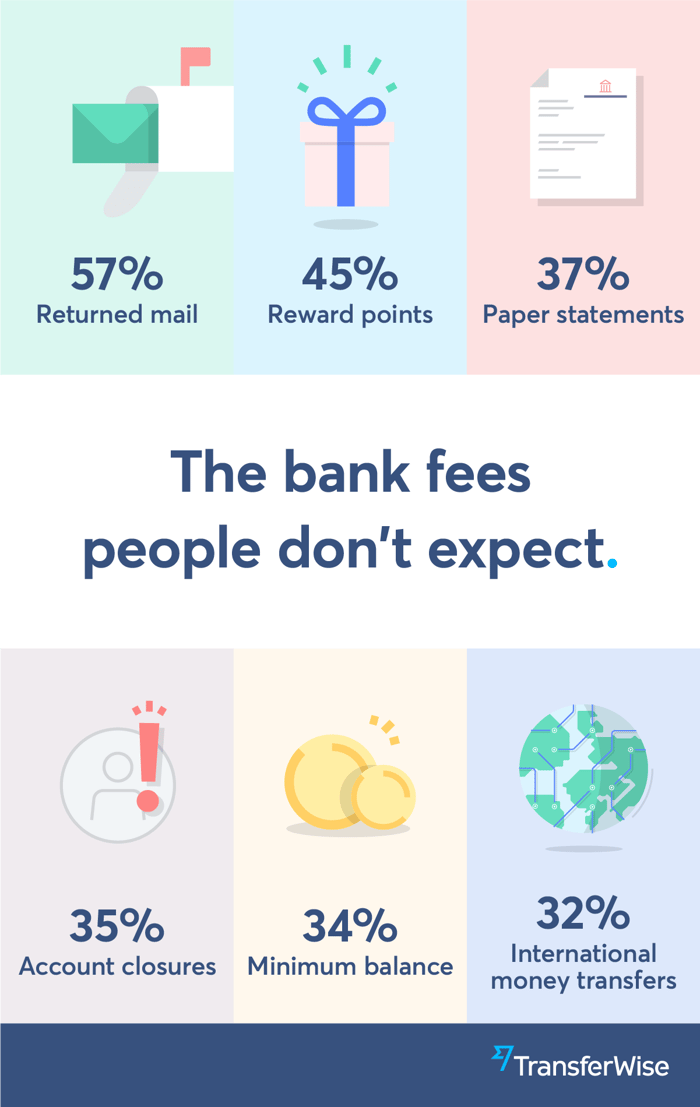 In addition, the survey showed that only two-thirds (66%) of Americans were aware that they had been charged some sort of bank fee in the past five years. The most common charges people knew they had paid were ATM fees (38%) followed by overdraft fees (28%).

"The lack of awareness is shocking -- not that the fees exist, but that people are still paying them and not getting any real value for them," Rebell said.

You are in control

Banks have an easier time charging you hidden or semi-hidden fees because they have direct access to your money. In addition, while you can always switch banks, it's a fairly large hassle, which means they have more leeway to take advantage as long as they don't push it too far.

In reality, consumers should take firmer control of their banking. That means being aware of any fees they are charged, and challenging ones that don't make sense.

As the customer, you have the ability -- and really, the responsibility -- to take your business elsewhere if you feel the fees you're being charged are unfair. And sometimes, it may make sense to switch banks even when your old one has done nothing particularly wrong.

For example, if you don't live near any in-network ATMs, and are forced to pay fees to access your cash because of that, making a move would be a good idea. Even without such an obvious incentive, it's a smart idea to evaluate your banking options at least once a year.

Go through your account statements, and examine what fees you've paid. Then, look around at banks and credit unions in your local market (not to mention the online alternatives), and see which ones might offer you a better deal based on the way you live your financial life. It may not be a pleasant chore to switch banks, but if you can save hundreds of dollars or more every year, it's probably worth it.