Apple has deep pockets, and is spending accordingly.

Apple (AAPL -1.32%) may be the most profitable company in the world, but that doesn't necessarily mean that its music-streaming business contributes much to the bottom line. In a recent research note, Macquarie Research analyst Ben Schachter estimated that Apple Music has a gross margin of just 15%. Apple does not disclose a lot of financial detail regarding Apple Music, since it's a relatively small part of the overall business.

That gross margin estimate would be notably lower than Spotify Technology's (SPOT -5.41%) profitability. The Swedish company posted a gross margin of 21% for 2017, which was up from prior years after renegotiating its licensing agreements with record labels. Furthermore, Spotify estimated that its gross margin in the first quarter was 23% to 24%, while forecasting this figure at 23% to 25% for the full year. How could Spotify be more profitable than Apple Music? 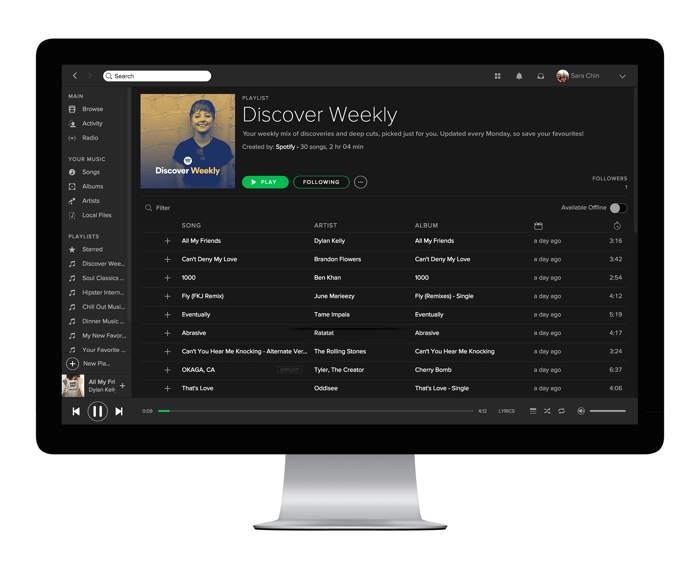 For starters, Apple simply pays more in royalties to content owners. Music-streaming platforms pay out royalties on a per-stream basis. Apple's per-stream royalty rate for 2017 was in the ballpark of $0.00783, or nearly twice Spotify's effective rate of $0.00397, according to recent estimates from The Trichordist. Apple's rate had increased modestly, while Spotify's declined a bit.

Don't just take The Trichordist's word for it. About a year ago, the Recording Industry Association of America (RIAA) similarly came to the conclusion that Apple Music was paying out about twice as much to music creators per 1,000 streams than Spotify in 2016. Free platforms like Alphabet's YouTube pay out pitiful amounts, something outgoing Apple Music chief Jimmy Iovine often laments.

Regardless of the strategy, Apple is putting incredible amounts of money into the effort, allocating $1 billion for its original content budget. Apple is now one of the biggest buyers in Hollywood, pushing up the price of TV shows. The company reportedly won a bidding war late last year for a scripted drama starring Jennifer Aniston and Reese Witherspoon, for example. Since original content is currently part of Apple's music strategy -- instead of, say, a dedicated video-streaming service-- then those costs should be allocated accordingly.