According to analysts with BlueFin Research Partners (via Barron's), Apple (NASDAQ:AAPL), which has historically been aggressive in adopting contract chip manufacturing giant Taiwan Semiconductor Manufacturing Company's (NYSE:TSM) latest manufacturing technologies, isn't interested in paying the company a premium for its second-generation 7-nanometer technology, known as N7+.

Our latest checks suggest that AAPL is not interested in paying more for 7nm+ shrink for their next generation iPhone models in 2019, given the early price increases that TSM has quoted. It is our opinion that the EUV costs due to the inefficient throughput is one the key contributors to the projected price increase.

By way of background, TSMC's N7+ technology is supposed to bring two big changes from the N7 technology that'll be used to manufacture Apple's A12 chips later this year. The first is a slight area reduction -- this should, in theory, allow Apple to cram more features into the same chip area. 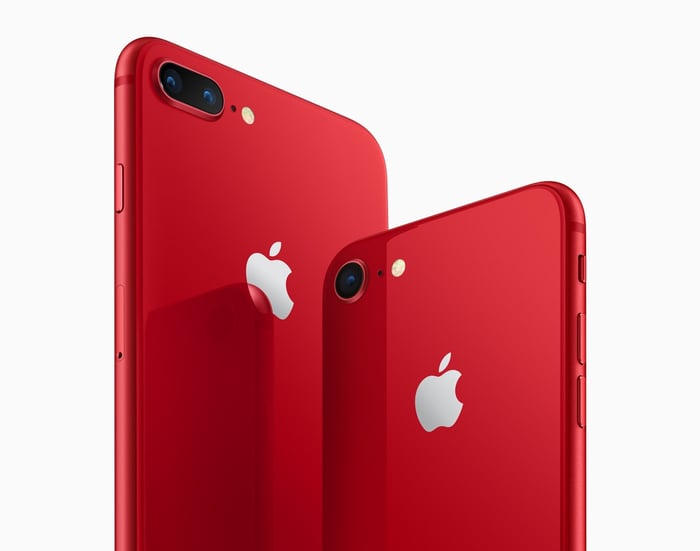 The second is a slight performance benefit -- TSMC claims N7+ delivers an 8% to 10% improvement, according to EETimes .

Considering that Apple relies heavily on the competitiveness of the chips inside of its iPhones to enable many of the selling points that it advertises (e.g. increased CPU/GPU performance, better camera image processing, more integration of specialized accelerators), it's usually quick to adopt the new manufacturing technologies that produce those improved chips.

Apparently, though, Apple thinks TSMC's asking prices for N7+ chips are too high.

Let's go over, then, what Apple's possible directions for its A13 processor -- a chip that I'd previously assumed would definitely be manufactured using N7+ -- are.

Apple's first option would be to simply use N7 again. From an economic standpoint, if TSMC is charging too much of a premium for N7+ manufacturing, then Apple may actually be able to simply build a larger chip on N7 compared to what it could've done on N7+ and still wind up with a cheaper-to-build A13 processor.

If Apple intends to rely entirely on improvements in its chip designs to deliver higher performance and better efficiency, this could be a reasonable route to take. The main downside, though, is that it would be missing out on the 8% to 10% performance improvement that TSMC claims N7+ delivers compared to N7. In that case, Apple would wind up with a slower A13 chip than it would otherwise have.

This isn't a great option, though.

Option 2: Force TSMC to lower its prices on N7+

If Apple isn't willing to buy into N7+, then it's difficult to imagine TSMC's other customers -- most of which are far more price/cost sensitive -- hopping on board to pick up the slack.

In that case, TSMC will have spent all of this time and money developing N7+ and building out manufacturing capacity for nothing.

The most likely result, then, is that TSMC will capitulate, at least to Apple, and offer lower quotes on N7+. TSMC might take a hit to its gross profit margin, but considering the strategic importance of Apple's business at the leading edge (the gang in Cupertino effectively subsidizes its equipment costs and allows TSMC to process a lot of wafers, which helps with yield rate learning), this is probably the right move.

It's also the best option for both TSMC and Apple, and the one that I ultimately expect to happen.

A final possibility would be for TSMC to build a version of N7+ that doesn't use the newer, immature EUV lithography tools, but instead uses the traditional immersion lithography that it used in N7 and in earlier manufacturing technologies.

Perhaps such a technology would be a little more expensive than the standard version of N7, but given the apparent cost-structure problems that BlueFin Research reports with EUV (for some context, when mature, EUV is supposed expected to lower manufacturing costs), TSMC might be well served to simply bring the key performance improvements that are slated for N7+ with EUV to N7 using immersion lithography.

This path is viable as EUV doesn't really impact transistor performance and power consumption, but it's not clear if TSMC can whip up such an N7 derivative using immersion lithography quickly enough to meet Apple's product ramp needs in the second half of 2019.