Please ensure Javascript is enabled for purposes of website accessibility
Log In Help Join The Motley Fool
Free Article Join Over 1 Million Premium Members And Get More In-Depth Stock Guidance and Research
By Leo Sun – Apr 20, 2018 at 8:43AM

The Chinese tech giant could do some interesting things with the fading brand.

Chinese tech giant Xiaomi is mulling a bid for action camera maker GoPro (GPRO 2.75%), according to a recent report from The Information. GoPro hired JPMorgan & Chase to advise the company on a potential sale earlier this year.

GoPro was once valued at over $10 billion, but its loss of pricing power, tough competition, and botched product launches caused that figure to plummet to about $770 million today. The Information claims that a potential deal with Xiaomi could value GoPro at $1 billion, a 30% premium to its current price. 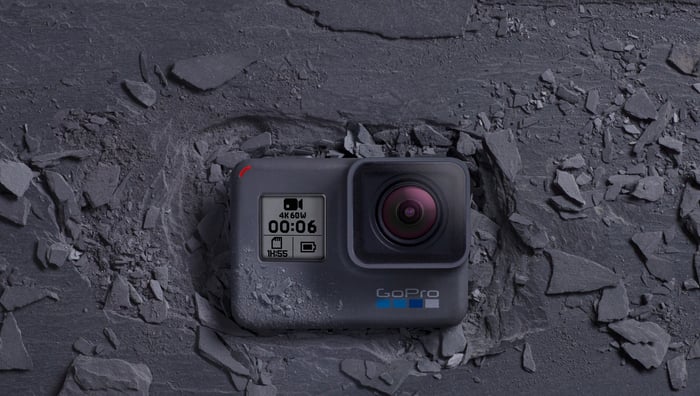 However, investors should take this news with a grain of salt. Let's examine the pros and cons of Xiaomi buying GoPro to see if a deal makes sense.

Xiaomi held a 7.2% share of the global smartphone market at the end of 2017, according to IDC. That made it the world's fourth largest smartphone maker after Apple, Samsung, and Huawei, in that order.

Most of Xiaomi's sales come from China. It plans to eventually expand into Western markets, but it's taking a cautious approach because of patent issues. To diversify away from the mobile market, Xiaomi expanded its portfolio with headphones, speakers, smart TVs, connected appliances, wearables, and other devices. It connects many of these devices to its Xiaomi IoT (Internet of Things) platform.

If Xiaomi buys GoPro, it would gain a company with wider global brand recognition than its own as it diversifies its business beyond mobile devices. It could use "GoPro-designed" cameras in its smartphones, similar to the way Huawei installs "Leica-designed" lenses in its higher-end phones. Xiaomi could also integrate GoPro's Quik software into its own camera app. 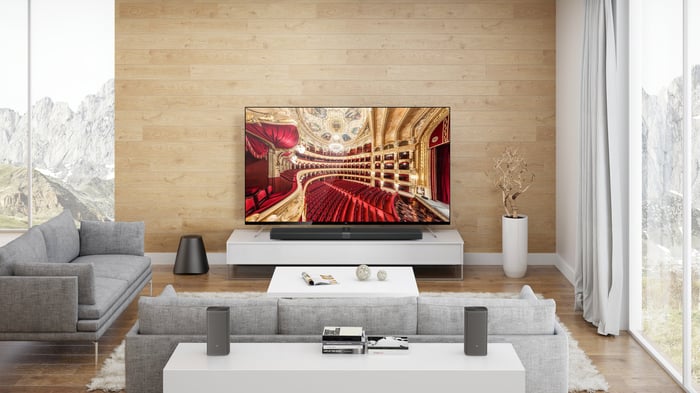 If Xiaomi goes even further, it could release GoPro-branded smartphones in its push into the U.S. market. It might even consider undergoing a reverse merger with GoPro to quickly go public, instead of filing its long-awaited IPO.

GoPro also wouldn't be a huge purchase for Xiaomi, which reportedly generated up to $18 billion in revenues last year. GoPro's stock is also dirt cheap at just 0.65 times trailing sales -- compared to a price-to-sales ratio of nearly 10 during its heyday in 2014.

Unfortunately, GoPro's stock remains cheap because the company is in serious trouble. Its recent launch of a $200 entry-level camera reeks of desperation and indicates that the company is willing to cannibalize its pricier products to grow its market share and revenues. The 360-degree Fusion camera is a pricey niche device, and its core Hero cameras remain vulnerable to cheaper rivals and better smartphone cameras.

That's why analysts expect GoPro's revenue to fall 8% this year, and for its earnings to stay in the red. Therefore, it makes little sense for Xiaomi to buy GoPro right now if the stock -- which stumbled over 30% this year -- keeps dropping.

Moreover, Xiaomi is already a major investor in Yi Technology, which sells cheaper action cameras than GoPro. This is similar to Xiaomi's investment in Huami (HMI 3.68%), a separate company that produces Xiaomi's popular Mi Band fitness trackers and other wearables. If Xiaomi buys GoPro, it would break this pattern of investing in -- not acquiring -- other device makers. It would also be odd for Xiaomi to buy GoPro to become Yi's top competitor.

Xiaomi reportedly generated over $1 billion in net profit last year. If Xiaomi plans to go public via a regular IPO -- which would be preferable to a shady reverse merger -- it would be illogical to weigh down its earnings with GoPro's unprofitable business.

Buyout rumors about GoPro are a dime a dozen. Xiaomi might be considering a bid for GoPro, but I'd be surprised if it really makes a move. Xiaomi could do some interesting things with GoPro, but I don't think it will buy a dying business that can likely be bought for an even lower price later this year.