Find out which of these stocks benefited from solid earnings.

The stock market finished the week on a down note on Friday, with major benchmarks giving up around 1%. Investors weren't sure how to react to bond yields that continue to rise toward the 3% mark on the 10-year Treasury, and some pointed to the approaching midterm 2018 elections as driving uncertainty on Wall Street. Losses were somewhat larger on the Nasdaq, with major tech companies poised to announce their earnings results next week. Yet even amid doubt and gloom, some stocks managed to pick up ground. Cleveland-Cliffs (CLF -2.18%), Limelight Networks (EGIO -1.07%), and TransUnion (TRU -0.28%) were among the best performers on the day. Here's why they did so well.

Cleveland-Cliffs digs out of its hole

Shares of Cleveland-Cliffs gained 7.5% after the iron-ore producer reported its first-quarter financial results. The company's raw numbers were pretty ugly, with revenue falling by nearly half and net losses roughly tripling from year-ago levels. Yet the contraction is part of the iron ore company's strategy of ceasing mining activity in the Asia-Pacific region, concentrating instead on its core North American market. Surprisingly enough in what has seemed like a tough winter, CEO Lourenco Goncalves pointed to an earlier-than-normal melting of the Great Lakes in helping to accelerate shipments to Cleveland-Cliffs' customers. With tax reform and potential tariffs helping both the company and its steel-industry clients, today's numbers could be just the beginning of a bigger turnaround for Cleveland-Cliffs. 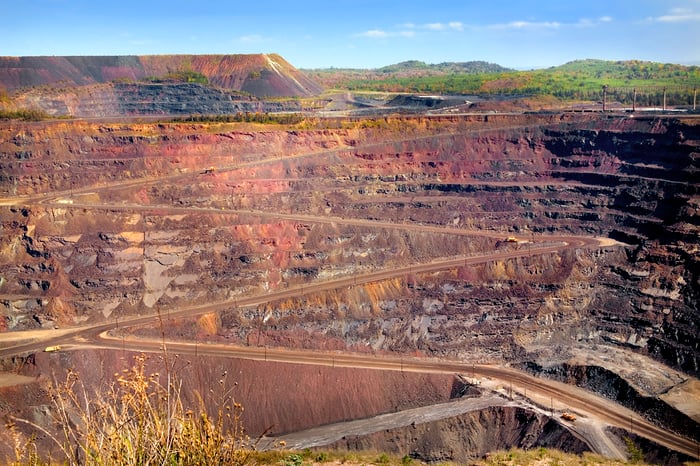 Limelight Networks stock jumped 21.5% in the wake of the company's financial report for the first quarter. The company reported record levels of revenue, as double-digit sales growth and extremely high gross margin figures helped Limelight produce a net profit after a sizable loss in the year-ago quarter. The settlement of key litigation with Akamai Technologies was helpful in allowing the networking specialist to put a long dispute behind it, and Limelight now expects better sales and earnings growth for the full 2018 year than it previously did. With new efforts to emphasize quality services, Limelight is putting itself in a good position for future success.

Finally, shares of TransUnion gained 10%. In addition to issuing a solid first-quarter financial report, the credit reporting bureau said that it had entered into an agreement to buy U.K. consumer credit bureau Callcredit Information Group in a transaction that values the company at $1.4 billion. The move will help bolster TransUnion's international presence, with CEO Jim Peck characterizing the deal as offering "strong synergies across our business models and solutions." Callcredit is the second-largest credit bureau in the U.K., and so TransUnion's move is a big step toward making the combined company a transatlantic powerhouse in the global credit industry.