Say what you want about Cleveland-Cliffs (NYSE:CLF) CEO Lourenco Goncalves and his brusque, audacious claims about the iron ore and steel industry, but he has delivered on many of the things he promised when he took over the fledgling iron ore producer. The company's finances and business strategy look better than they have in years, and there are some modest tailwinds that could help boost the business.

As you might imagine, management is quite optimistic about Cleveland-Cliffs' future. Here are a few quotes from its most recent conference call that highlight some of the benefits headed its way in 2018 and beyond. 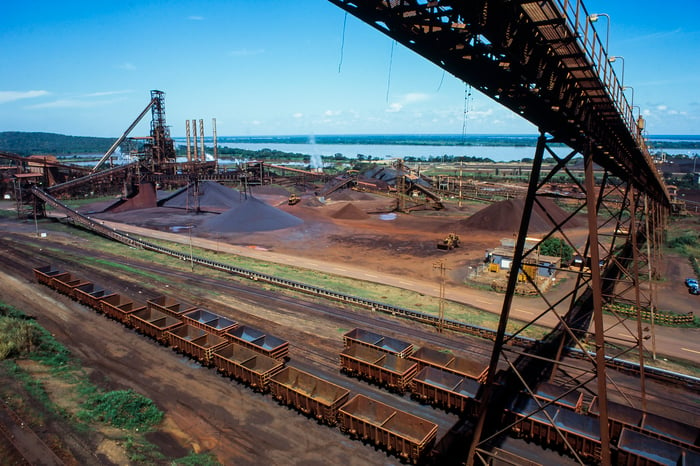 No taxes for quite some time

After taking several years of heavy losses while it repaired its business, Cleveland-Cliffs built up a considerable amount of tax losses it could use to offset future profits. However, it wasn't completely exempt from paying taxes then as it had to pay the Alternative Minimum Tax. With the passage of the most recent tax laws, though, that is no longer the case. According to CFO Tim Flanagan, the tax changes mean that Cleveland-Cliffs' tax obligations are negligible for years to come.

First, we are now able to monetize the approximately $250 million in credits we have accumulated as historic AMT [Alternatiive Minimum Tax] payer. We will begin to see these credits return to us as cash refunds.

We will receive approximately $120 million in 2019, as well as $60 million in 2020, and $30 million in each 2021 and 2022, not to mention the $10 million we will have returned to us in 2018. Historically, our AMT credits have had evaluation allowance against them, which we have reversed during the fourth quarter, resulting in the substantial tax benefit you saw flow through our financials.

Secondly, we will no longer be limited on the deductibility of historic net operating loss carry forwards. Previously, as an AMT payer we are limited to only utilizing 90% of such carry forwards. With the repeal, this limit goes away with respect to the utilization of historic net operating losses. As such, given our sizable NOL position of over $2.5 billion we will effectively be a 0% taxpayer for the foreseeable future.

One of the most decisive moves Cleveland-Cliffs made when Goncalves took the helm was to trim the business down to its core iron ore business and use its U.S. operations as a cash engine to repair its balance sheet. That has worked thus far, but for years the company hasn't invested much in new production. That can go on for only so long because, like any other extractable resource, the life of a mine is finite.

More recently, however, Cleveland-Cliffs has gone on the offensive by acquiring land for potential new mines as well as taking larger equity stakes in its existing mines. In his prepared remarks, Goncalves highlighted some of the acquisitions it has made in recent months.

As a mining company in business for 170 years Cleveland Cliffs is constantly in the pursuit of new iron ore reserves. In order to continue to grow and to make sure we have unrestricted access to fit stock in the future. You saw two other examples of that this year with our acquisitions of the remaining minority interests in iron ore reserves in both Empire and Tilden Mines in Michigan from ArcelorMittal and U.S. Steel, respectively.

Buying ArcelorMittal's and U.S. Steel's stakes in these mines should enable Cleveland-Cliffs to boost its own iron ore production capacity to 20 million tons for 2018, most of which it has mostly contracted out to buyers. While its acquisition in Minnesota is currently in the court system because of the bankruptcy of a prior owner, the company has some other options if this one falls through.

Pulling out of the Asian market

For the past few quarters, the writing was on the wall that Cleveland-Cliffs' Asia-Pacific iron ore operations were running on borrowed time. The iron ore quality at the facility was deteriorating and its largest customers, Chinese steel mills, have been shifting their buying toward higher-grade ores to reduce energy consumption and pollution -- as Goncalves explained:

So the closing of these operations was just a matter of when. It appears that the time is now, though, as management has elected to shift its Asia-Pacific business to discontinued operations. According to Goncalves, the economics of the business simply didn't make sense anymore.

Our negative $3 million EBITDA performance in the fourth quarter should not be a surprise for those following us closely. As the Chinese preference for higher grade ores has only increased over the past year, our non-core low-grade operation in Australia has continued to refine its mine plan and perform to the best of its ability. That said, we will likely cease mining operations in our Australia later this year.

Our goal is striking the right balance between economically mining the remaining mineral reserve base and fulfilling our contractual obligations. In any case, we will continue to meet our obligations as they can do and we work to minimize their impact on our business.

As part of the mine closure, Cleveland-Cliffs will have to resolve some of its transportation contracts as well as cover its mine reclamation costs. According to Flanagan, these costs should be negligible to Cleveland-Cliffs' bottom line as it will be able to use inventory and some contracted production left in place to cover its obligations. 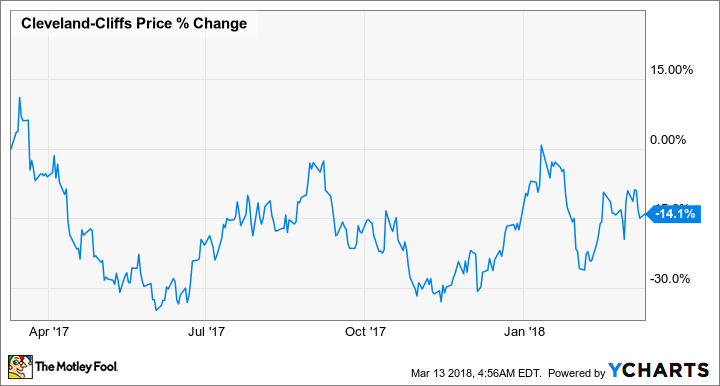 Expanding the business by itself

Cleveland-Cliffs is about to break ground on a transformative project: its Hot Briquetted Iron (HBI) facility in Toledo, Ohio. This facility will produce a higher-quality feedstock to use in electric arc furnaces rather than the conventional blast furnaces that have been its customers for more than a century.

When the company's financials looked questionable, there was a lot of talk about bringing in partners to partially fund the new project. It appears, though, that may not necessarily be the case anymore as Goncalves mentioned that Cliffs has the money in place to fund the entire facility on its own if needed.

[W]e completed the significant accomplishment of fully funding the entire $700 million construction cost of the plant. Why did we decide to fund the entire project cost upfront? Number one, this is an incredibly important project. Not just from a business diversification standpoint, but also in that it will add significant EBITDA power to Cleveland Cliffs. Because of this importance, we wanted to remove any uncertainty with respect to our ability to fund the construction cost entirely.

We saw the opportunity to do this while securing very favorable interest rates and removing any other market risks. And finally, we wanted to eliminate any uncertainty around the necessity of partners making abundantly clear that we can and will proceed without one. We issued a combination of secured bonds and convertible notes and we're able to price the deal at a very attractive weighted average coupon of 3.4%.

This doesn't mean the company will go it alone, but it can if it so decides. Getting all the funding itself allows management to speed up the timetable. Also, it gives management better bargaining power with potential partners because it can now negotiate from a stronger position. All in all, this puts Cleveland-Cliffs in the driver's seat.