Some of the industrywide sell-off was justified, since PMI is the second largest publicly traded tobacco company and a bellwether stock. However, the sell-off also boosted PMI's yield and lowered its valuation to more attractive levels. So, should investors consider PMI's post-earnings dip to be a buying opportunity? 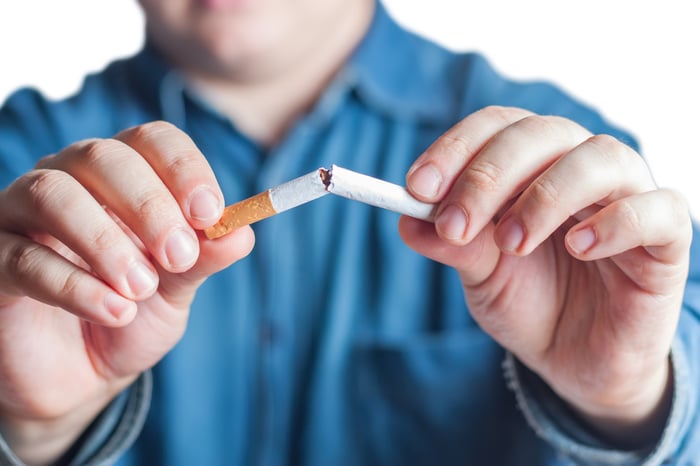 PMI's revenues (excluding excise taxes) rose 13.7% annually to $6.89 billion, but it missed expectations by $100 million. This marked the third time it missed top-line estimates over the past four quarters.

PMI's combined cigarette and heated tobacco shipment volumes fell 2.3% annually during the quarter, missing expectations for a 1% dip. Cigarette shipments, which still account for the lion's share of the total, fell 5.3% with declines across all regions except South and Southeast Asia. Shipments of PMI's two biggest brands -- Marlboro and L&M -- both declined. 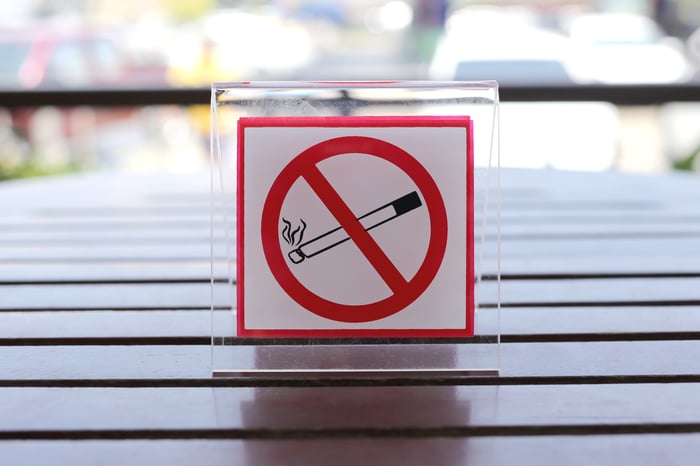 Shipments fell by double-digits in Eastern Europe and East Asia & Australia, and by the single-digits in the European Union and Latin America & Canada. PMI noted that shipments in France, Germany, Poland, Russia, Ukraine, Saudi Arabia, and Algeria were particularly weak. It also noted that soft demand in Indonesia -- once a major growth market -- offset its growth in Pakistan and Thailand in South Asia.

Shipments of PMI's iQOS heated tobacco products -- which heat instead of burn tobacco "sticks" -- more than doubled, but they still only accounted for 5.5% of PMI's combined cigarette and heated tobacco shipments.

PMI's revenues were also boosted by a soft dollar. Its total revenues would have only risen 8.3% (versus 13.7% in dollars) on a constant currency basis. If the U.S. dollar rebounds, which could occur as interest rates rise, it will become a major headwind. The volatile dollar is also preventing PMI from repurchasing shares to boost its earnings.

Despite those challenges, PMI's adjusted diluted earnings rose 2% to $1.00 per share, which beat expectations by $0.10. But excluding a favorable currency impact of $0.03, its adjusted earnings actually declined 1% to $0.97 per share.

PMI, like other tobacco companies, often hikes prices to offset lower shipments. That's why it still expects its revenue to grow 8% on a constant currency basis this year, which matches its forecast at the end of 2017.

PMI now trades at 16 times this year's earnings after its post-earnings plunge, compared to Altria's forward P/E of 15. Some analysts believe PMI could buy Altria, which spun off PMI in 2008, to counter British American Tobacco's takeover of Reynolds American. If that happens, PMI could evolve into a much larger company, but it would be exposed to new FDA regulations on the tobacco industry in the U.S.

Lastly, PMI's plunge boosted its forward dividend yield to more than 5%, climbing above Altria's forward yield. PMI has hiked that dividend every year since it split with Altria. This combination of a lower valuation and a higher yield should limit PMI's downside potential at these prices.

PMI is traditionally a good defensive stock for volatile markets, but the stock's valuation and yield had become historically unattractive prior to its post-earnings decline. But with the stock's valuation, yield, and expectations now reset to more reasonable levels, I think PMI is a worthy income play again -- despite all of the headwinds the tobacco industry still faces.