Once these two items can be checked off, the answer is easy.

Let's cut to the chase. The answer to when you should start investing in stocks is exceedingly simple -- as soon as reasonably possible, assuming:

Pass those two tests, and you should start investing immediately -- whether you are 12, 32, or 52 years old. There's almost no way your future self will regret making the decision.

Lessons from a master

The authoritative biography on Warren Buffett is mammoth -- over 800 pages. But as far as this article is concerned, the most important part of the book is on its cover: The title is The Snowball.

There is no better way to visualize how Buffett built his fortune -- and why it's so crucial for you to start investing as soon as possible.

Anyone who has stepped outside with their child in January knows how annoying and clumsy the beginning of a snowball can be. At the start, your back hurts from bending over and you wonder if you're making any progress.

Give the effort a little time, however, and you're suddenly rolling 100 pounds of frozen water around your yard. Not only that -- and this is the important part -- but with each revolution, your snowball is adding exponentially more weight.

Arrange your task so you can roll the snowball down a hill, and you'll have a veritable boulder on your hands in a matter of minutes. 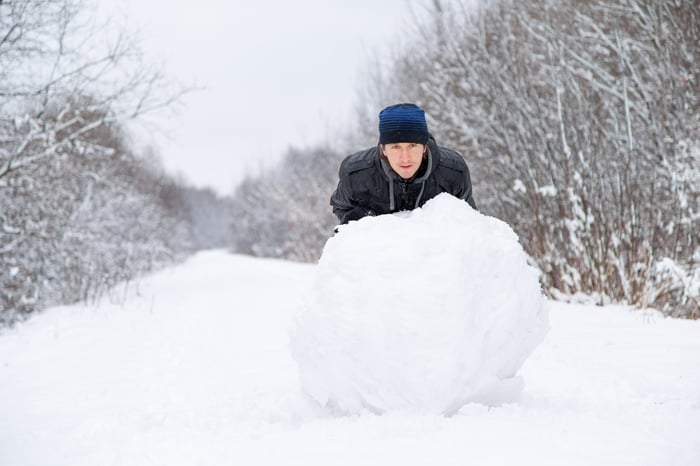 That's how it works in investing. And it helps explain why the best age to start investing is right now -- no matter your age.

If you need some convincing, here's an eye-opening example. 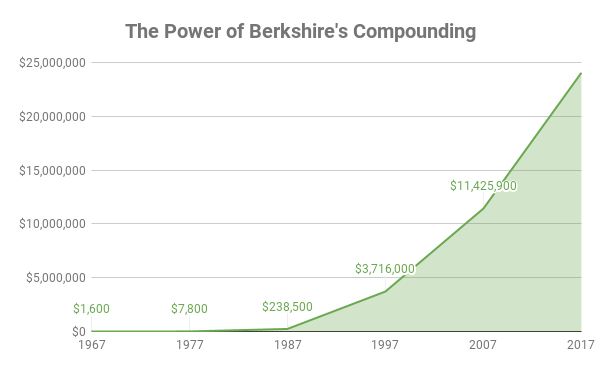 There's a reason that Albert Einstein reportedly quipped that compound interest was "the most powerful force in the universe." Once something starts growing exponentially, the effects of time on that growth can be mind-boggling.

Of course, that very same power can work against you. If you have high-interest credit card debt -- or are forced to put huge expenses on credit cards because you don't have an emergency fund -- then compound interest will see the amount you owe growing the same way. That's why you need to pay off those credit cards and build that emergency fund first.

But once that happens, here are some steps toward buying your first stocks.

Start with an employer match

If you have an employer that offers a 401(k) or 403(b) retirement plan, you have some homework to do. Many such companies offer something called an employer match. Talk to your HR representative and find out if yours does, too. Each company has its own formula for how it works, but the bottom line is this: An employer match is the closest thing to free money you'll ever get.

Once you have that money put away, you need to choose where to invest it. Fellow Fool Dan Caplinger has already highlighted the three keys to picking your best 401(k) investment options:

But just because you're using your company plan doesn't mean you're out of tax-advantaged options. Most workers are also eligible to open traditional Individual Retirement Accounts (IRAs) or Roth IRAs.

If you're having trouble deciding which to use, here's a quick rundown of the differences between a traditional and Roth IRA.

It's important to note that there are some qualified distributions that you are allowed to take early -- to help pay for a first house, or emergency medical expenses, for instance.

Opening up an IRA is actually quite simple. Once you decide which type of IRA is right for you, and how much you want to put away, start investigating your options.

What if you want to invest for your kids?

If you're already receiving your maximum employer match and maxing out your IRA contributions -- and you still have money left over -- congratulations! You're doing an excellent job of securing your financial future.

If you really get the snowball example from above, you know that starting to invest for your children, and having them benefit from the extra years that are on their side, can make a huge difference in helping to create dynastic, multigenerational wealth.

When it comes to investing for children, there are a few popular options to consider. The first are state-sponsored college savings plans:

Have major expenses on the horizon?

There is one more major caveat that we have to cover before you start investing: Any money that you think you'll need to use in the next three years should not be in stocks. While it's true that the stock market does go up more than it goes down, it can go down at a moment's notice. If that possibility means losing money you were counting on over the medium term, it's not worth the risk.

As trader and best-selling author Nassim Nicholas Taleb recently put it in an interview:

If you ever have an "uncle" point -- where you have to liquidate -- then your return will not be the stock market's. It will be the returns to your uncle point -- which is negative.

The uncle point could be anything that forces you to take money out of the market: Losing a job, getting and paying for a divorce, or starting a new family could all qualify as creating uncle points.

When you have an emergency fund, have paid off high-interest debt, and have no need for the money you'll be putting in, you significantly reduce these "uncle points."

As you can see, there are lots of details to wade through. Don't let that intimidate you. Once you have taken care of the basics outlined above, start putting away small amounts every month into stocks. As you gain more experience, you'll get more comfortable with the process -- which will only make you a better investor.

Over time, that effort will start to snowball. Your future self will thank you.