U.S. investors often avoid Russian stocks due to the political risks, sanctions, and currency issues associated with the once-hot emerging market. But despite those challenges, there's one Russian growth stock that doubled over the past two years -- Yandex (NASDAQ:YNDX), which created the country's top search engine.

But looking ahead, I think Yandex still has plenty of room to run. These are the top five reasons investors should consider buying "Russia's Google" as a long-term investment. 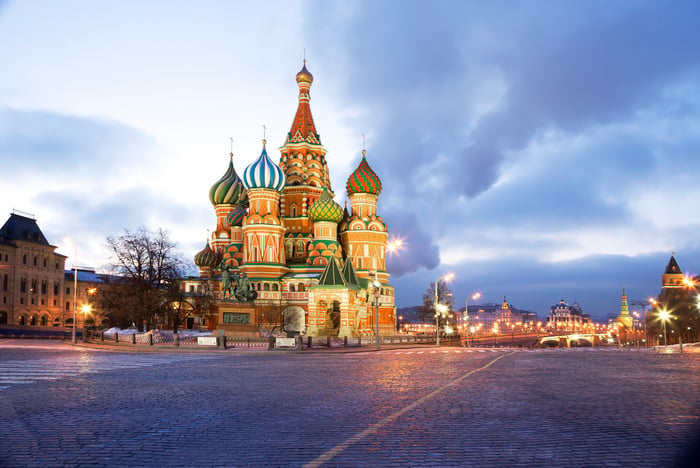 Between March 2017 and March 2018, Alphabet's (NASDAQ:GOOG) (NASDAQ:GOOGL) share of the Russian search market, via Google, slid from 48% to 43% according to StatCounter. During the same period, Yandex's share rose from 47% to 54%.

Yandex controls 58% of the desktop search market, 46% of the tablet market, and 45% of the smartphone market. Google is the preferred search engine on 37% of desktops, 52% of tablets, and 54% of smartphones.

Yandex's lead relies heavily on the shrinking desktop market, but its 45% share of the smartphone market represents a huge jump from 29% last March. Meanwhile, Google's 54% share represents a big drop from its 68% share a year earlier.

Like Google, Yandex is expanding its ecosystem beyond its core search engine. It offers email and cloud storage services, a ride-hailing and food delivery service called Yandex.Taxi (which is combined with Uber's services via a joint venture), a voice-enabled virtual assistant called Alice, and the Zen AI-powered recommendations platform.

It's also testing a self-driving car, and recently partnered with Russia's top bank, Sberbank, to launch an e-commerce joint venture. It also lets users buy products online at about 76,000 stores with its Yandex.Checkout payments platform. On the streaming media front, its homepage is integrated with 43 TV channels and content from 30 on-demand video providers.

Back in 2014, Yandex launched a firmware update called Yandex.kit that replaced all of Google's apps on Android phones with its own. It subsequently partnered with a wide range of smartphone makers to pre-install its services. That partly explains why Yandex is beating Google in Russia.

Yandex is also pulling ahead because the Russian government distrusts Google. In 2015, it threatened to ban Google over its refusal to turn over personal data about bloggers. Google moved some of its servers to Russia that year to comply with a controversial law that requires the personal data of Russian citizens to remain within the country. 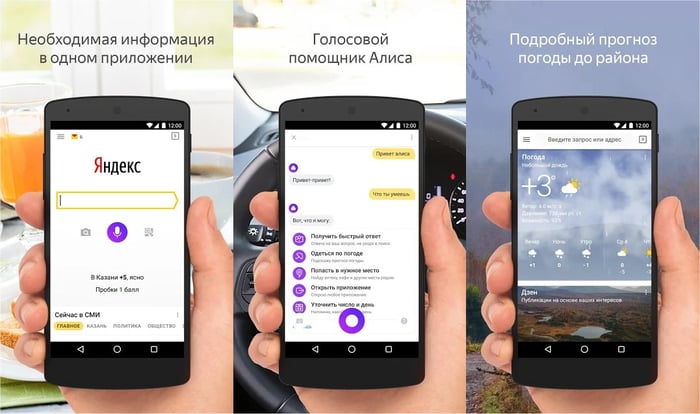 It's unlikely that Google will voluntarily leave Russia as it did China in 2010, but there's always the risk that the government could abruptly ban its services. If that happens, Yandex -- like Baidu in China -- would quickly conquer the market.

Russia has an internet penetration rate of 71%. That's the highest rate out of the BRIC nations, but it's considerably lower than the U.S.'s penetration rate of 89%. As Russia's economy gradually recovers, aided by stabilizing oil prices and forex rates, that rate will likely rise and support the growth of Yandex's online ecosystem.

Yandex isn't a stock for queasy investors, since it could easily be rocked by political or economic tensions in Russia. However, I think it represents a solid growth play in a country dominated by cyclical commodity stocks, and that its double-digit sales and earnings growth should continue for the foreseeable future.