The renewable energy yieldco has disappointed shareholders in recent years, but it might be emerging from its rut.

After struggling under the mismanagement of its former parent, SunEdison, TerraForm Power (TERP) appears to have found a happy home with Brookfield Asset Management. The new parent has a long history of creating shareholder value by underpromising and overdelivering -- one of the best possible attributes individual investors can look for in a management team. The hope is that it rubs off on the renewable yieldco.

It's too early to tell for sure, but having competent support has breathed new life into TerraForm Power. In 2017, it restructured its debt to significantly lower interest expenses, and it made headway to slash corporate overhead by $10 million. It even recently reinstated its distribution -- last paid in 2015 -- which yields a healthy 6.5%.

That eye-popping yield, coupled with plans for steady growth over the next several years, could pique the interest of income-seeking investors. But a history of severe losses might make investors think twice. Given all the moving parts right now, is TerraForm Power a buy? 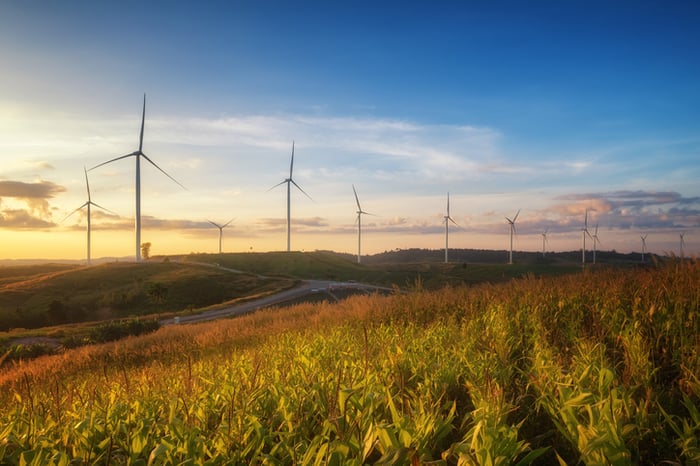 A quick glance at operating results may give the impression that the renewable yieldco didn't have much to brag about last year. But that's mostly because several important moves were too recent to be reflected in 2017 results.

Investors should expect improved financial performance as quarterly improvements roll in this year, the results of several transactions designed to deleverage the balance sheet and improve long-term cash flow. Since merging with Brookfield Asset Management, TerraForm Power has:

The cost savings from more favorable interest rates and the growth provided by the pending Saeta Yield acquisition are both key to the company's growth strategy and deleveraging efforts. In fact, because of the expected accretive nature of the acquisition, Moody's upgraded TerraForm Power's outlook from stable to positive. It puts the company one step closer to hitting its corporate debt-to-cash flow ratio of 4.0 to 5.0, down from over 7.0 not long ago.

That vote of confidence is possible because 100% of Saeta Yield's power output is entered into long-term contracts, which mirrors the predictable cash flow-enabling business model of TerraForm Power. Consider that all of the company's solar output, comprising two-thirds of its total 2.6 GW of capacity, is contracted for the next five years. Meanwhile, 7% of the company's wind power output is not covered by any contract in 2018, a number that will gradually rise to 20% in 2022 if left unattended.

Management is currently working on securing long-term contracts for some of its wind power assets, although the business operates with a goal of having 95% of all power output contracted at any given time. The portfolio is currently meeting that target. And given state and federal clean power initiatives -- and even those from private companies -- the renewable yieldco shouldn't have any trouble finding buyers for its power. 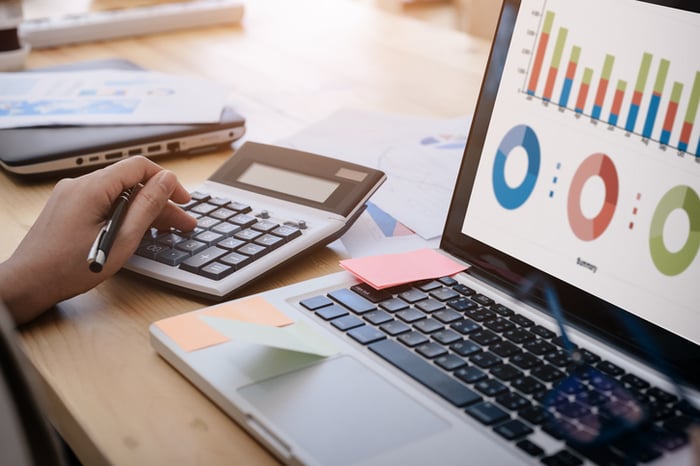 Still early, but worth the potential payoff

The company is working hard to clean up its balance sheet and grow for the long haul, with tremendous progress since entering the Brookfield Asset Management universe. The ability to generate predictable cash flow from long-term contracts is what enables the yieldco business model in the first place. Therefore, any growth projects that inject more long-term contracts while providing favorable value will serve as a shot in the arm for TerraForm Power.

Perhaps most important, the yieldo has committed to paying out between 80% and 85% of its distributable cash flow, with the rest going to growth investments and debt repayments. Assuming costs can be controlled, that should provide a healthy financial cushion over the long-term, which will accrue in value for shareholders. Therefore, although shares have done relatively little in the last two years, TerraForm Power could be worth a long-term spot in your portfolio.