Another quarter, another strong earnings report for industrial technology company Roper Technologies Inc. (NYSE:ROP). The earnings report contained all the hallmarks of a typical Roper report -- margin expansion and strong cash-flow generation from its asset-light business model. But there's another positive that is driving improvement at Roper. Let's take a look at it, and the details of the earnings report. 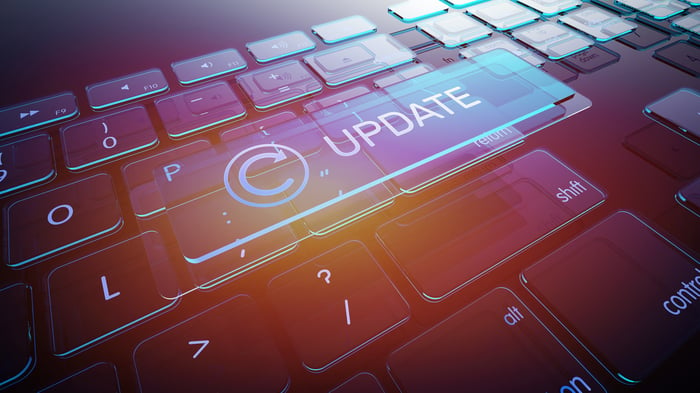 Let's start with the headline numbers from the quarter:

It was a strong set of results, and management felt moved to increase its full-year guidance from the outlook given on the last earnings call:

Discussing the reasons for the guidance hike on the earnings call, CFO Robert Crisci said the strength in the quarter was "broad based" with "each of the four segments" outperforming Roper's internal model.

Building on Crisci's commentary, let's look at segment performance in the quarter. As you can see below, three of the four segments produced organic growth in line with the new full-year target of 4% to 6%, but the industrial technology segment was particularly strong.

Although Roper's energy systems and industrial technology segments are its smallest, they are large enough to impact Roper's results. Whereas in the U.S. industrial recession of 2015-2016, this was a net negative for Roper, it's now turning into a net positive as heavy-industry spending is recovering.

Roper has long been known for its asset-light business model -- capital expenditures were less than 1% of revenue -- which leads to strong free-cash-flow generation. In addition, Roper is increasing the portion of sales coming from subscription-based software. This has the effect of increasing deferred revenue, and Jellison was keen to point out that deferred revenue is becoming an increasing source of cash generation for the company.

Indeed, Jellison lauded the company's strong cash position and noted that the company's net debt-to-EBITDA ratio had declined to 2.6 times from 3.7 times in the same period last year.

"So the way we build cash here, it takes no time at all for us to be below two times net debt-to-EBITDA," Jellison said. "But we're likely to find ways to deploy capital here in 2018 --  could happen sooner than later."

What next for Roper Technologies?

More of the same. Management's hiking of guidance and its commentary suggest that investors can expect acquisitions in the near future -- a key facet of Roper's business model. The first-quarter results revealed that broad-based strength in its end markets and the increasing share of sales coming from software subscriptions -- a trend management is focused on -- are helping expand margin and cash flow generation.