Despite a poor quarterly result from competitor Hasbro, shares of Mattel are moving higher after management believes the worst will be over during the first half of 2018.

Hasbro reported a worse than expected result thanks to the bankruptcy of Toys 'R' Us, which initially sent its stock 8% lower before recovering to its current 3% gain on Monday. Hasbro reported first-quarter revenue roughly $100 million below forecast but anticipates meeting its $600 million to $700 million operating cash flow target for 2018.

The upside for Mattel and Hasbro investors was that management of the latter believes the worst of revenue declines will be over during the first half of 2018, setting the stage for sales recovery sooner rather than later. Management also believes there will be no further material expense from the Toys 'R' Us bankruptcy -- good news for both Mattel and Hasbro. 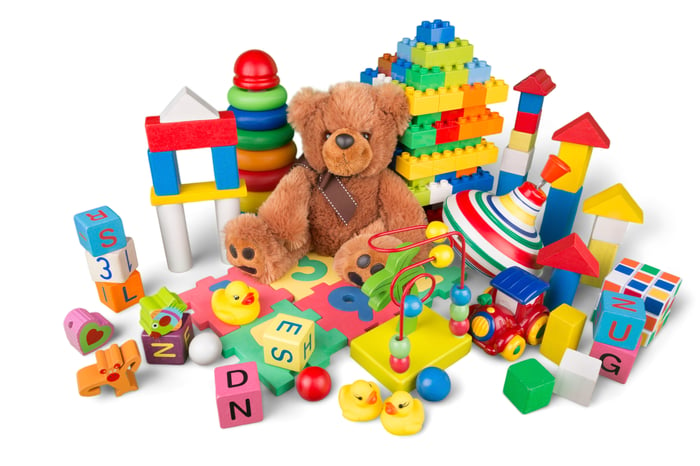 While it's good news for investors to hear the worst is likely over -- remember that Toys 'R' Us generated 9% of Mattel's sales in 2017 -- there's still a lot of progress needed for Mattel's slow-moving turnaround. Newly appointed CEO Ynon Kreiz is now leading a new turnaround plan focusing on core brand productivity and improving manufacturing in an attempt to improve profits during the second half of 2018. Today's 5% jump in stock price after Hasbro's poor quarter was a pleasant surprise after a rough March, but investors should understand that there's a lot of work left to make this turnaround successful in 2018.