Nest's turnaround has been impressive.

Alphabet (GOOG -2.63%) (GOOGL -2.63%) reported fiscal first-quarter earnings last night, which also included its first official disclosure of how much revenue Nest was generating. The smart-home subsidiary, which is now part of Google again after being shuffled out of Alphabet's "Other Bets" segment, brought in $726 million in revenue last year. That translated into an operating loss of $621 million for 2017.

Nest happens to be sitting at the intersection of two areas Google is investing heavily in: smart-home technology and first-party consumer hardware. The company is also aggressively expanding its product portfolio, and there are undoubtedly more smart-home products in the pipeline that we haven't heard of yet. The good news? Unit volumes are skyrocketing. 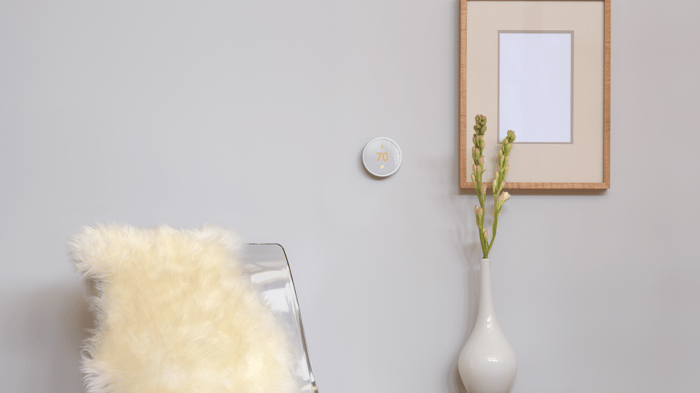 This quarter, we welcome Nest to the Google hardware team to supercharge our efforts. Nest is building industry-leading products for the home, including new additions like the Nest Hello doorbell and Nest temperature sensor. In 2017, they sold more devices than the previous two years combined. They are an incredibly talented team with fantastic momentum.

Pichai's comments somewhat echo those made by Nest CEO Marwan Fawaz in September. Fawaz vaguely said that the company had "experienced more than 60% growth on devices shipped in recent years." It's not clear what time frame that growth pertained to, or if it was compounded over multiple years.

Fawaz has put together an impressive turnaround

More importantly, Nest is making meaningful progress for a business that was experiencing considerable turbulence just a few years ago. Nest had acquired Dropcam in 2014 for $555 million, just months after Google had closed the acquisition of Nest. Less than a year later, Dropcam co-founder Greg Duffy left the company, and would later say that the decision to sell Dropcam to Nest was a "mistake."

Around that time in 2016, Recode reported that Nest generated just $340 million in revenue during 2015, which was shy of internal expectations for the pricey $3.2 billion acquisition. Nest was only able to meet the internal target of $300 million in annual sales after it acquired and included revenue from Dropcam. There was also considerable controversy brewing regarding the leadership of then-CEO Tony Fadell, the former Apple exec who founded Nest. Investors would later find out (from a 2017 Reuters report) that Google had contemplated selling Nest at some point in 2016.

Instead, Fadell stepped down and Nest named Fawaz CEO in mid-2016, charging him with turning around the tumultuous business that didn't appear to have a cohesive vision or strategy for growth. It's now been nearly two years with Fawaz at the helm, and he has successfully led Nest to more than double its revenue compared to the year before he became CEO, while unit sales for 2017 topped unit sales for 2015 and 2016 combined.