Please ensure Javascript is enabled for purposes of website accessibility
Log In Help Join The Motley Fool
Free Article Join Over 1 Million Premium Members And Get More In-Depth Stock Guidance and Research
By Tyler Crowe – Apr 24, 2018 at 10:17AM

The company posted a profit despite some large writedowns in Venezuela, and foresees even more growth across all its business lines.

Even though Haliburton's (HAL 1.95%) bottom line got hit yet again by the continued turmoil in Venezuela, the company was able to churn out a respectable profit for the first quarter of 2018. The number that pops out is that it grew revenue a whopping 34%. That's quite an accomplishment for such a large business, but management still thinks it has a few more quarters of growth like this left in it.

Let's take a look at Halliburton's most recent earnings results and see why management is so optimistic about the future. 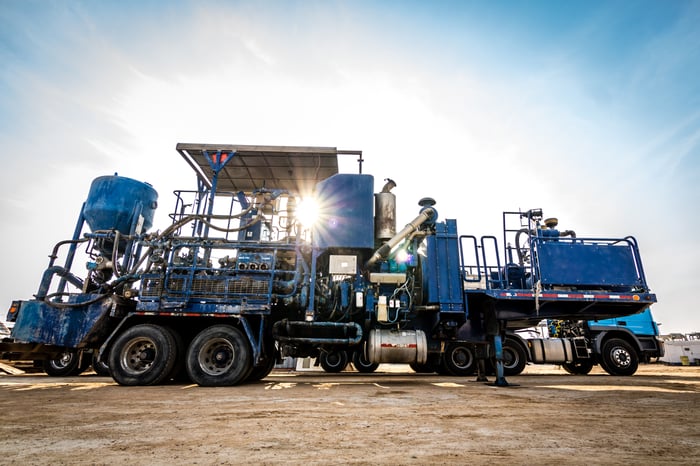 After last quarter's $385 million writedown of notes receivable for services to Venezuela's national oil company PDVSA, one would have thought that was the end of the issues related to operations there. That wasn't the case, though, as management elected this quarter to write down its remaining assets and inventories in the country. Absent those charges, Halliburton would have generated $0.41 per share in net income for the quarter.

Still, even with a writedown of that size, Halliburton had a rather remarkable quarter. Revenue grew 34% compared to this time last year, fueled largely by its dominating presence in the North American shale market. More importantly, much of the excess capacity that drove down prices in North America has been utilized. That means that Halliburton and others are working more efficiently and can charge higher rates for its services. In its completion and production segment, which primarily encompasses its hydraulic fracking business, operating income tripled to $500 million. 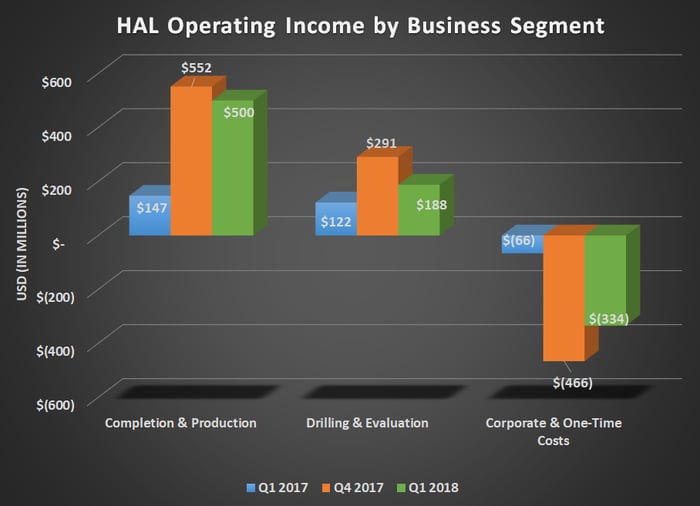 Another promising sign in this quarter's result is an uptick in free cash flow despite a considerable increase in capital spending. For the quarter, capital expenditures totaled $500 million compared to $265 million this time last year. CEO Jeff Miller spent a lot of time on the company's conference call discussing the degradation of fracking equipment and how it is imperative to repair and replace lots of equipment. Hence, the increased rates of capital spending.

On the conference call, CEO Jeff Miller dropped a bunch of informative nuggets about the oil drilling business, congestion in the North American rail system, and the tightness of the U.S. labor market (check out a transcript of the whole conference call here). Especially interesting was that he highlighted the efficiency of its fracking crews in the company's press release. Just for reference, a spread is an industry term for a fracking crew, and a stage is a fracking job.

As a result of the improved activity in U.S. land, in March we achieved a new record for stages per spread as the pressure pumping market remains tight. Our North America business exited the quarter in a strong position and I am confident in our ability to reach normalized margins in North America this year.

In other words, he's saying the company's fracking crews are working at a faster pace than ever before. That suggests the glut of equipment that kept margins lower during the downturn is gone and that services companies have greater pricing power. That, coupled with the high rate of equipment degradation and increasing oil prices, there is still an immense opportunity to raise prices and potentially expand margins. That's quite an achievement considering that operating margins for completions and production in North America are already in the high teens. 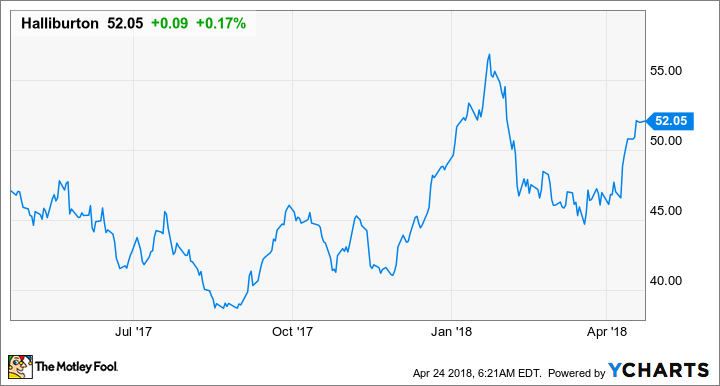 During last quarter's conference call, management noted that there was still a lot of room to run in North American shale. That sounded great, but it was a little hard to believe when supply chains were already strained. This quarter was proof that there is indeed some room for oil services companies to grow their presence in North America. What's more, the international market has been picking up recently as well.

Halliburton has displayed that it reigns supreme in the fracking business, and that position is now translating to higher rates of return and free cash flow. One has to wonder what's next for the company now that it's in a financial position to make some moves or return some of that cash to shareholders.