Please ensure Javascript is enabled for purposes of website accessibility
Log In Help Join The Motley Fool
Free Article Join Over 1 Million Premium Members And Get More In-Depth Stock Guidance and Research
By Keith Speights – Apr 24, 2018 at 6:33AM

Which of these beaten-down Canadian marijuana stocks has a better shot at bouncing back?

So far, 2018 isn't turning out like shareholders of Aphria (NASDAQOTH: APHQF) and Emerald Health Therapeutics (EMHT.F 18.25%) hoped. Aphria stock is down 45% year to date, while Emerald Health is down 16%. Several issues, including dilution caused by offering new shares and a delay in the legalization of recreational marijuana in Canada, have taken a toll on both stocks.

But Aphria and Emerald Health have plenty of opportunities ahead of them. Which is the better stock to buy right now? Here's how the two marijuana growers compare. 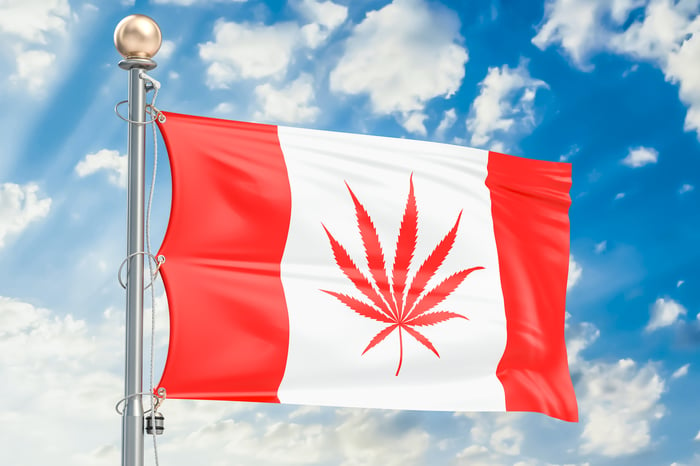 While the domestic medical marijuana market continues to be a good source for growth for Aphria, international markets present even greater opportunities. Aphria's recent acquisition of Nuuvera position the company better than ever for competing internationally.

Aphria already had agreements in place to supply medical marijuana to Australia and owned a 25% stake in its Australian partner, Althea Company. The Nuuvera acquisition gives Aphria a presence in eight other countries, the most important of which is Germany.

Another international opportunity remains a wild card for Aphria. The company scaled back its U.S. operations because of the threat of having its stock delisted from the Toronto Stock Exchange. The exchange has a policy prohibiting the companies of listed stocks from maintaining significant ties to the marijuana industry in the U.S., which still bans sale of the drug at the federal level. However, a recent deal between President Trump and Sen. Cory Gardner (R-Co.) could pave the way for federal laws being changed.

The big prize dangling before Aphria right now is the anticipated legalization of recreational marijuana in Canada. Aphria has increased its production capacity significantly through expansion at its current facilities, acquisitions, and forging strategic relationships with other marijuana growers. Last week, the company introduced Solei Sungrown Cannabis, its first product targeted for the adult-use market in Canada.

Emerald Health formed a joint venture last year with Village Farms, which is a major produce grower. This joint venture owns a 1.1 million square-foot greenhouse facility. Conversion of the first 250,000 square feet of the facility to grow cannabis is essentially complete. This deal with Village Farms gives Emerald Health expanded capacity to capitalize on what is projected to be heavy demand for recreational marijuana once Canada's legalization efforts are finalized.

Emerald Health doesn't just have its sights set on marijuana markets. The company is moving forward with efforts to market a non-cannabis line of endocannabinoid-supporting nutritional products in Canadian grocery, natural health product, and pharmacy stores.

Blockchain has also attracted the attention of Emerald Health. In January, the company announced plans to form a joint venture with DMG Blockchain Solutions. This joint venture will focus on developing a blockchain-based supply chain management system and e-commerce marketplace for the legal cannabis industry.

I think Aphria is the better buy between these two stocks. Aphria is bigger. It's in a stronger financial position. The company appears to more prepared to win market share in the coming recreational market in Canada and in international medical marijuana markets.

Aphria does face risks, though. It's possible that demand for recreational marijuana in Canada won't be as great as predicted. Even if projections are on target, supply could outpace demand in the not-too-distant future. The opening of international markets could take longer than planned. Even with these risks, though, I expect Aphria will finish 2018 stronger than the stock looks right now.