2019 has been a year of the haves and the have-nots for marijuana stocks. Green Thumb Industries (GTBIF -2.52%) belongs in the former category, with its shares jumping around 30% so far this year. On the other hand, Emerald Health Therapeutics (EMHT.F -3.14%) falls in the latter category: Its stock has plunged over 40% year to date.

Like the mutual funds are required to disclose, though, past performance isn't necessarily indicative of future results. Which of these two stocks is more likely to deliver solid returns for investors going forward? Here are the arguments for both Green Thumb Industries and Emerald Health Therapeutics. 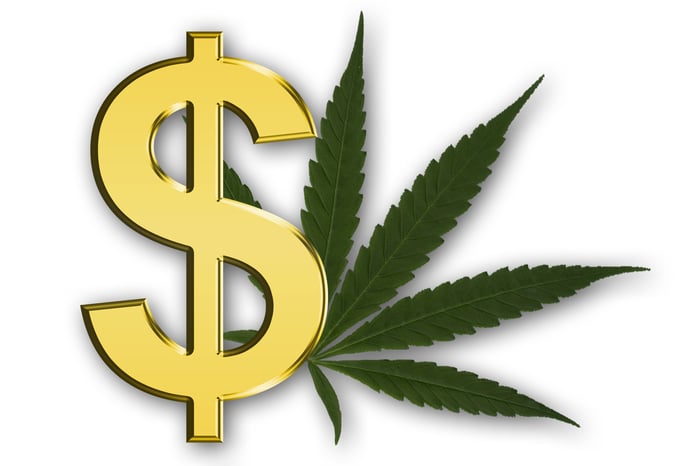 Probably the strongest argument for buying Emerald Health Therapeutics stock is the company's 50% ownership in Pure Sunfarms, a joint venture with Village Farms International. Pure Sunfarms contributed 86% of Emerald Health's total revenue in the second quarter. And that percentage could move even higher.

Pure Sunfarms currently has an annualized production capacity of 75,000 kilograms. The joint venture plans to construct a second facility, however, that will double its capacity by 2021. Emerald can purchase up to 40% of Pure Sunfarms' production this year and up to 25% of its production through 2022.

The joint venture's expanding distribution channels should also benefit Emerald Health Therapeutics. Pure Sunfarms recently announced that its branded products are now available through the Ontario Cannabis Store. It also expects its products to soon be available at licensed retailers and online in British Columbia.

Earlier this month, Emerald announced that Pure Sunfarms received approval from Health Canada to sell and distribute its branded products directly to wholesalers and authorized private retailers throughout Canada's provinces and territories. Emerald CEO Riaz Bandali thinks that these developments make Pure Sunfarms "ready for its next stage of growth." Some of that next stage of growth could come from the launch of the cannabis derivative products market in Canada, often referred to as "Cannabis 2.0."

Emerald isn't solely dependent on Pure Sunfarms for its success, though. The company grows its own organic and premium cannabis. It also is planting hemp with an eye toward the hemp CBD markets in both Canada and the U.S. In addition, Emerald's ENDO joint venture is marketing cannabis-free herbal endocannabinoid-supporting health supplements in retail stores throughout the U.S.

It's not hard to figure out why Green Thumb Industries (GTI) has enjoyed such nice share gains so far this year. The company reported 228% year-over-year revenue growth in the second quarter. Sales soared 60% over the previous quarter.

GTI ranks as one of the top cannabis producers and retailers in the U.S. The company manufactures and distributes several cannabis brands. It owns two fast-growing cannabis retail chains -- Rise and Essence. GTI currently operates 31 cannabis stores in 12 states.

The U.S. cannabis market is projected to expand by a compound annual growth rate of 20% over the next 10 years. If these estimates turn out to be relatively accurate, it means that GTI's total addressable market will multiply more than sixfold over the next decade.

The reality, though, is that GTI should be able to continue generating significant growth even if those projections are wildly optimistic. The company has plenty of opportunities to increase revenue simply by fully utilizing its current retail licenses. GTI owns 95 retail cannabis licenses in total. It could also grow by moving into additional states that have legalized medical or recreational cannabis.

With its tremendous growth prospects, it's not surprising that Piper Jaffray analyst Michael Lavery views Green Thumb Industries as one of the top marijuana stocks on the market. Lavery is much more bullish about the U.S. cannabis market than the Canadian market and thinks GTI is one of the two most attractive U.S. cannabis companies.

As mentioned earlier, historical performance isn't always a great predictor of future success. In this case, however, I'd go with the past track record. Green Thumb Industries looks like the better pick over Emerald Health Therapeutics.

However, my preference would be to hold off on buying GTI until the company shows more progress on achieving profitability. Its bottom line deteriorated in the latest quarter. While GTI is promising, I think there are better marijuana stocks for investors to consider right now.