Earnings beat expectations, but honey, who shrunk the cash?

Earnings for the company's fiscal first quarter of 2018 surged 49% year over year to $4.02 per share, far more than the $3.40 that analysts had been expecting, and sales of $11.6 billion likewise exceeded expectations. 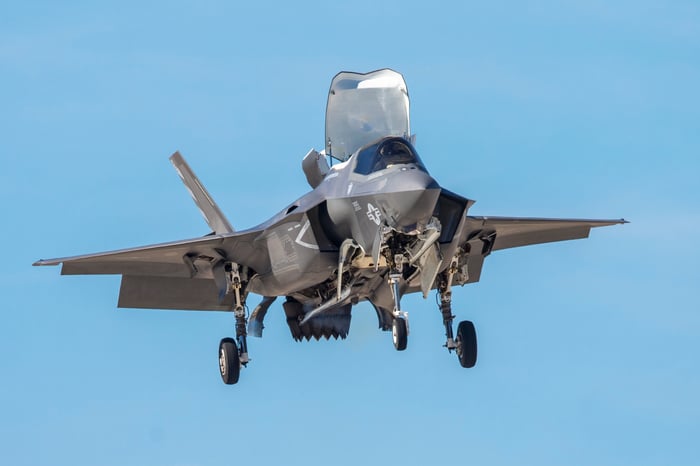 That being said, the growth in sales wasn't nearly as great as the growth in profits -- up a bare 4%. Nor was the size of Lockheed's "sales beat" as big as its "earnings beat," exceeding expectations by only a small fraction of 1%.

That alone might have been enough to dampen investors' enthusiasm -- but there were other troubling notes as well.

For one thing, Lockheed Martin made $1.5 billion in cash pension contributions in the first quarter, which was less than it had to contribute in the same quarter last year. Even so, this contribution consumed roughly 70% of the company's cash from operations generated in the quarter, reducing that number to just $632 million -- barely half of Lockheed's reported $1.2 billion in "profits."

Furthermore, once Lockheed's $216 million in capital spending was deducted, Lockheed was left with only $416 million in free cash flow for the quarter -- barely one-third of reported GAAP net profit.

Lockheed did provide new guidance that brightened the picture somewhat, adding $350 million in sales to its revenue outlook for the full fiscal year, and increasing its guidance for GAAP net income by about $0.60 per share. Cash flow guidance did not increase, however, holding firm at $3 billion.

At that level, Lockheed looks likely to produce less than half as much cash this year as it did last year. No matter how good the "earnings" end up looking, that's not good news.