Shares of Mitel Networks (NASDAQ: MITL) have popped today, up by 10% as of 12:40 p.m. EDT, after the company agreed to be acquired. Mitel will go private upon closing.

An investor group being led by private equity firm Searchlight Capital Partners has agreed to acquire Mitel in a deal valued at $2 billion, which includes Mitel's net debt. The transaction values Mitel at $11.15 per share, which represents a multiyear high and translates into a 24% premium compared to the 90-day volume-weighted average price (VWAP) through yesterday. 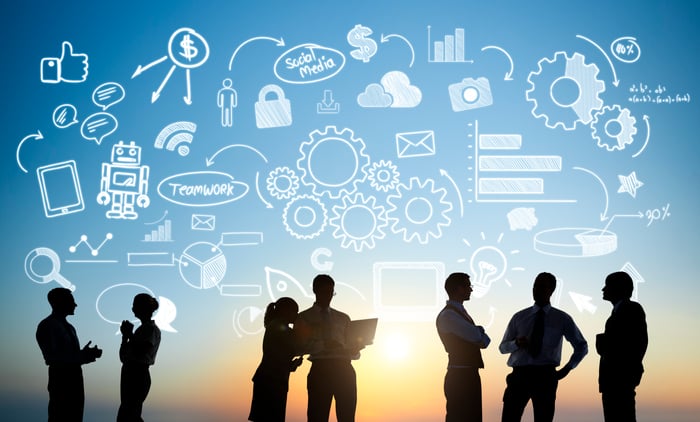 Mitel's board has unanimously voted in favor of the deal and recommends that all shareholders vote in favor as well.

The deal will be funded entirely in cash, and as such is not subject to any financing conditions. It will need to be approved by shareholders and regulators, and Mitel has a 45-day "go-shop" period where it can solicit alternative offers through June 7, 2018. Mitel says that going private will give it greater flexibility to accelerate its "move-to-the-cloud" strategy. The news comes less than a year after Mitel acquired ShoreTel in an effort to strengthen its position in the unified-communications-as-a-service (UCaaS) market.

Mitel was already scheduled to release fiscal first-quarter earnings results on May 3, but has opted not to host a conference call with investors and analysts in light of the announcement.