The segment saw a huge boost driven by the Nintendo Switch and automotive sales.

For years, graphics giant NVIDIA (NVDA -0.66%) has built a line of processors called Tegra. The Tegra chips are known as systems-on-a-chip, or SoCs, meaning that they incorporate most of the critical functionality -- like processor cores, graphics processors, and other accelerators -- onto a single chip.

NVIDIA had originally aimed the Tegra processors at applications like smartphones and tablets, but the chips ultimately weren't successful there. The company's focus with respect to Tegra shifted, then, toward automotive applications (e.g., in-vehicle infotainment systems) as well as dedicated gaming devices. 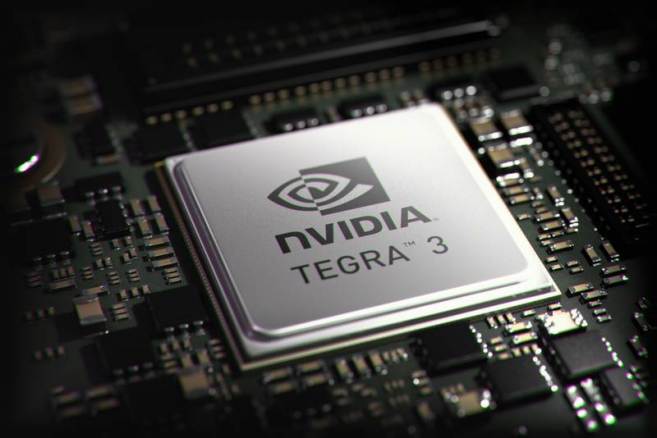 In its most recent fiscal year (2018), NVIDIA reported that sales of its Tegra processors grew by 86% compared to the prior year to $1.53 billion. That was an acceleration from the 47% growth that this business enjoyed in the company's prior fiscal year. Let's go over what drove that increase.

Thanks to the success of the Nintendo Switch, NVIDIA reported a stunning 300% year-over-year increase in revenue "from SOC modules for gaming platforms and development services."

This isn't too surprising considering that Nintendo shipped 14.8 million Nintendo Switch units during its first year on the market, and the prospects for the console appear positive, as Nintendo keeps rolling out new first-party titles and third-party developers bring their intellectual properties to the platform as well.

NVIDIA was smart to work with Nintendo on the Nintendo Switch, as this design win has breathed new life into NVIDIA's Tegra processor business.

Automotive sales are on the rise

Another area in which NVIDIA's Tegra processor family has found success is in the automotive market, powering in-vehicle infotainment solutions. According to the company, its sales of Tegra processors into the automotive industry grew by 15% during fiscal year 2018 "primarily from infotainment modules, DRIVE PX platforms and development agreements for self-driving cars."

The bit about infotainment modules is straightforward, but the other two items might not be.

Today, DRIVE PX is mostly used for development rather than for deployment as self-driving car technology is, itself, still a work in progress. The hope, however, is that as self-driving cars go mainstream, NVIDIA's chips will power many of them, leading to a significant boost in NVIDIA's Tegra processor revenue.

And, finally, NVIDIA talks of "development agreements" with respect to the Tegra processor revenue increase. NVIDIA is pretty vague about what such agreements entail, but my best guess is that customers (prospective self-driving car manufacturers) are paying NVIDIA to develop hardware and software to enable their vehicles.

The dynamics of the Tegra business

Although NVIDIA's automotive efforts get a lot of attention in the press (especially since self-driving cars and artificial intelligence are very popular buzzwords these days), the real star of NVIDIA's Tegra processor business seems to be the company's chip sales to Nintendo.

The good news for NVIDIA is that the Nintendo Switch is a highly successful console and given how well the partnership between NVIDIA and Nintendo seems to be going, I wouldn't be surprised to see NVIDIA supply chips into Nintendo's future game consoles.

The main risk for NVIDIA is that the successes and failures of game consoles are highly unpredictable. For example, the Nintendo Wii was a huge hit, but the follow-on console, the Wii-U, was widely considered to be a flop (for some context, the Nintendo Switch has already surpassed the lifetime sales of the Nintendo Wii-U). If Nintendo can't follow the Switch with another winner, then NVIDIA's Tegra processor business could suffer, too.

Automotive design wins, on the other hand, tend to be pretty sticky -- that is, once a design is won, a supplier can count on a steady stream of revenue from that design for years to come. Moreover, NVIDIA isn't reliant on sales to a single automaker -- it provides infotainment modules to many car manufacturers, which reduces its risk.

NVIDIA's path forward, then, is likely to continue to support Nintendo as best as it can, while still committing significant resources to try to grow its automotive chip business.