Stocks don't always make sense -- a fact investors should be happy about after Scorpio Tankers (NYSE: STNG) posted a quarterly loss and an earnings miss this morning and then rocketed 15% in early trading.

Its shares are still up an impressive 14.3% as of 10:45 a.m. EDT even though the company this morning reported a $0.10-per-share loss that was 25% worse than Wall Street expected and weaker-than-predicted revenue as well.

So what's up with that? 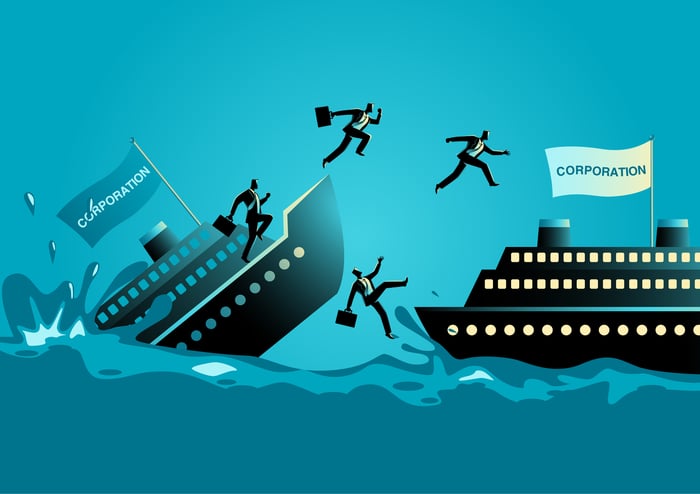 In fiscal first-quarter 2018, Scorpio may have "missed earnings," but in at least one respect, its results were better than what the company reported one year ago. Q1 sales of $156.4 million grew 27% year over year.

That being said, I wonder if investors are overlooking a quirk of Scorpio stock's reported loss. On the one hand, the $0.10-per-share loss that Scorpio booked in Q1 2018 was 43% worse than the $0.07-per-share loss it reported in Q1 2017. On the other hand, Scorpio issued a lot of new shares over the course of that year, nearly doubling its share count to 307.9 million shares outstanding.

Here's why this is important: Despite growing sales, Scorpio actually lost a total of $31.7 million in Q1, or almost three times its $11.5 million loss of a year ago. By growing its share count, though, the company drastically reduced its reported per-share loss by spreading out its losses across many more shares (a phenomenon I call "the dilution solution" to make losses look less bad than they would otherwise appear).

Long story short, Scorpio's results this morning were actually a whole lot worse than meets the eye (and aside from the sales growth, what met the eye was already pretty awful).

The good news is that, thanks to this morning's stock rally, investors in Scorpio were spared the punishment they might have expected to receive from these bad numbers and instead made out like bandits.

Personally, I'd take the money and run.