Ahead of last year's launch of Apple's (NASDAQ:AAPL) iPhone X, sales expectations for the device reached a fever pitch. Investors and analysts alike expected the smartphone, which featured an all-new design, to catalyze an acceleration in the pace at which current iPhone owners upgraded, boosting sales.

On top of that, since the iPhone X was widely expected to be positioned as a premium device atop the iPhone 8/8 Plus in the product stack, it was also expected to help push up the company's iPhone average selling price, and therefore increase total revenue independent of unit shipment performance.

Although Apple's iPhone X did, in fact, help contribute to significant iPhone average selling price growth for the company during the first quarter of fiscal year 2018 (the figure was up by roughly $100), that impact is expected to weaken throughout the rest of the fiscal year as the iPhone X becomes a smaller part of the company's overall iPhone shipment mix.

The real problem for Apple, though, is that demand for the iPhone X seems to have fallen well short of both Apple's expectations and investors' expectations, as the company reportedly cut production of the device.

Let's go over three reasons the iPhone X wasn't the hit that many had expected. 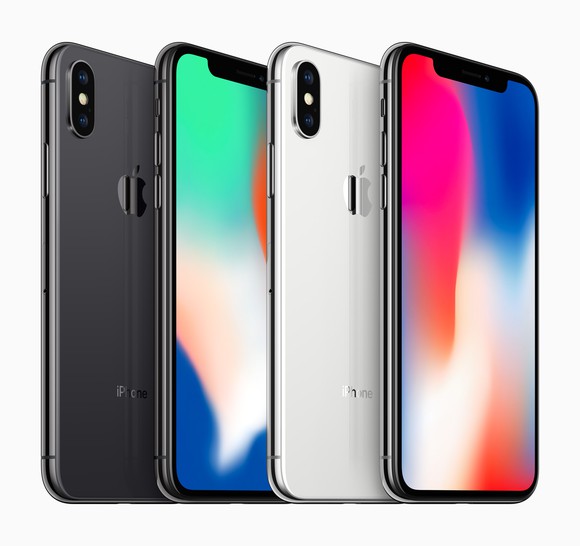 The iPhone X is an extremely good smartphone, but it's still just a smartphone. This means that sales of the device are still heavily influenced by the health of the overall smartphone industry and the reality is that the smartphone industry is cooling off. According to IDC, industrywide smartphone shipments dropped 6.3%  in the fourth quarter of 2017.

If people aren't buying smartphones at the rate that they used to, then the whole industry will suffer, and Apple is no exception.

The iPhone X also came priced quite richly at $999 for the baseline model with 64 GB of storage and $1,149 for the variant with 256 GB of storage. These prices are already quite high, but in countries in which iPhones are subject to import duties as well as countries in which the dollar is strong against the local currencies, the real prices for the devices are much higher.

There's probably quite a lot of price elasticity with respect to smartphones -- the lower the prices, the higher the demand. Since Apple faces intense competition from other smartphone vendors, particularly those that try to offer iPhone X-like features for a much lower price, it's not surprising that demand for the iPhone X at current prices is soft in many regions.

Even in regions where the iPhone X is sold for "just" list price (e.g., the United States), the high price tag probably puts off quite a few potential customers, especially as carrier subsidies have abated.

There seems to be a limit as to how much the masses are willing to pay for a smartphone, even one as nice as the iPhone X, and the iPhone X appears to be at (or very close to) that limit.

3. Not as compelling as it needed to be

The iPhone X received rave reviews and, on a personal level, I absolutely adore mine. However, the phone definitely wasn't as compelling as it needed to be for the price that Apple's charging for it.

The iPhone X doesn't have the best camera available in a smartphone (that honor seems to go to the Huawei P20 Pro) and the device is only offered with a 5.8-inch screen even as competitors offer more screen size choices.

For example, the Samsung Galaxy S9 comes in variants with both 5.8-inch and 6.2-inch displays, giving customers more options. Considering the continued shift in consumer preference toward larger-screen smartphones, the lack of, say, a 6.2- or 6.4-inch iPhone X model likely hurt the company's overall sales performance.

The good news is Apple should remedy the screen size choice deficiency in its coming product cycle, in which the company is reportedly planning to offer the iPhone X in two screen sizes: 5.8 inches and 6.46 inches.