Later this year, chip giant Intel (NASDAQ:INTC) is expected to introduce a new eight-core processor for the gaming and computer enthusiast market. The chip is expected to be based on the same basic design, known as Coffee Lake, as its current top gaming processor, the six-core Core i7-8700K.

While the additional cores will improve the marketability of the eight-core part relative to the current 8700K (it's easy to advertise more cores to the typical customer), the company can't stop there if it wants to build a truly worthy successor to the 8700K. 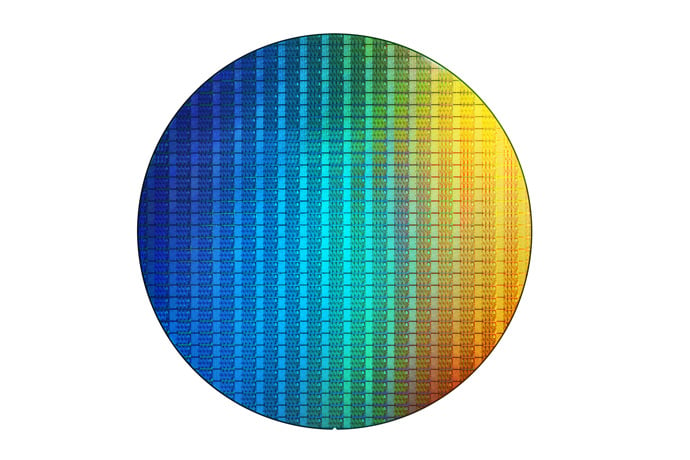 To that end, here are two things that the company needs to deliver with the eight-core part to ensure that it's as compelling as it could reasonably be.

Most consumer applications don't take full advantage of multiple processor cores beyond a certain point. The move from six cores to eight cores should help in certain types of applications (think audio and video encoding), but for popular use cases the two additional cores probably won't be all that useful for a while yet.

To that end, Intel will need to improve per-core performance with the new eight-core part as well.

In the past, Intel could rely on substantial design changes to the processor core to deliver that per-core performance increase, but since the company will be recycling the same processor core design that it has been selling since 2015, it will need to rely on increasing the operating frequency (measured in gigahertz) of the cores for that performance boost.

For its top gaming-focused parts, Intel has steadily increased the peak frequencies over the last several years, as the table below shows:

Now, it's worth keeping in mind that Intel delivered manufacturing technology enhancements with each subsequent generation after the 6700K, which helped to contribute to the frequency increases. Intel isn't likely to build the eight-core chip with a further-enhanced 14nm technology, but since 14nm++ should be more mature at this point (it'll have been in production for about a year when the eight-core part launches), I think Intel can wring out a little more frequency.

If Intel can ship the eight-core part with a maximum single-core turbo speed of between 4.8 GHz and 5 GHz, that would be a nice way to further enhance its value proposition relative to its predecessor.

When Intel launched the first Coffee Lake chips for desktops, many computer enthusiasts were disappointed that those chips couldn't be used in the same motherboards that supported the previous generation Kaby Lake processors (based on the Z270 platform).

The reason Intel cited for this incompatibility was that the hex-core parts required the improved power delivery present in the new Z370-based motherboards.

While Intel is planning to introduce an enhanced Z390 platform alongside the new eight-core chip, I think that IT would be wise to allow the eight-core part to work in existing Z370 motherboards, if possible.

There are probably many do-it-yourself computer enthusiasts who built systems based on the Z370 platform over the last six months or so who would gladly swap out their current hex-core Coffee Lake chips for an eight-core model, but wouldn't want to buy a new motherboard so soon.

If Intel ensures that the eight-core part is compatible with existing Z370 boards, then it'll likely sell more of those chips to the do-it-yourself computer building crowd than it would if it were to restrict the eight-core parts to the new Z390 platform.

The question, then, is whether the power delivery systems of the current Z370 boards are powerful enough to handle the upcoming eight-core chip; if they are, then Intel should work with motherboard partners to ensure that the boards receive the appropriate firmware updates to support the chip.