It's hard to highlight any particular growth drivers in the online retailer's first-quarter report when everything just works.

Online retailer and cloud-computing giant Amazon.com (AMZN 2.07%) reported first-quarter results after the closing bell on Thursday. The company obliterated its own revenue and operating income targets with broad-based growth across all three of its reporting segments.

It's fair to say that Amazon was firing on all cylinders this time. The upper limit of this period's revenue guidance stopped at $50.8 billion. Operating income wasn't expected to rise above $1.0 billion, but nearly doubled year over year, to $1.9 billion.

Online retail sales rose 13% year over year, to $26.9 billion, supplemented by $4.3 billion in revenue collected through physical stores that weren't part of the Amazon empire a year ago. Taken together, that's a 36% revenue increase from Amazon's own retailing operations.

At the same time, third-party sellers sent 44% higher commissions and fulfillment fees to Amazon, at $9.3 billion. Subscription services notched a 60% boost, to $3.1 billion, and Amazon Web Services (AWS) increased sales by 49%, to land at $5.4 billion.

Breaking the quarter down from a different angle, North American sales rose 46% higher, to $30.7 billion, including contributions from the Whole Foods acquisition. International sales grew 34% larger, at $14.9 billion.

The company recently announced that its Prime shipping and video service had reached 100 million members worldwide. This report added no color or new numbers to that disclosure. Investors can always dream of consistent disclosure on this point, can't we? 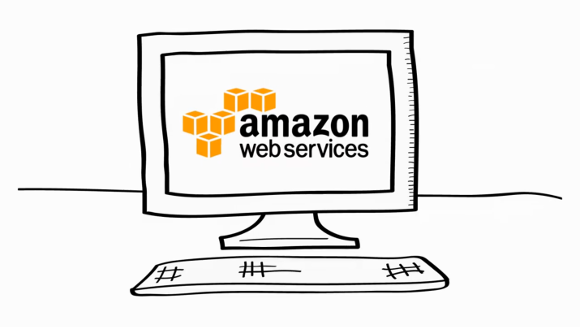 In a prepared statement, Amazon CEO Jeff Bezos explained how Amazon Web Services became the massive profit center we see today. "AWS had the unusual advantage of a seven-year head start before facing like-minded competition, and the team has never slowed down," Bezos said. "As a result, the AWS services are by far the most evolved and most functionality-rich."

At the moment, the strongest growth drivers within the AWS package consist of machine-learning tools and the Amazon Aurora database service. Both of these product lines nearly tripled their customer counts over the last year.

Amazon provided some guidance for the second quarter in its familiar collection of sweeping terms. Net sales should land between $51 billion and $54 billion, representing 38% year-over-year growth at the midpoint. Foreign exchange trends are providing a tailwind of approximately $1.2 billion here.

The operating income target was set at $1.5 billion, give or take $400 million. That's up from $628 million in the year-ago period.