Please ensure Javascript is enabled for purposes of website accessibility
Log In Help Join The Motley Fool
Free Article Join Over 1 Million Premium Members And Get More In-Depth Stock Guidance and Research
By Dan Caplinger - Apr 26, 2018 at 11:57AM

The satellite communications company is expanding in the Internet of Things.

Coming into Thursday's first-quarter financial report, Iridium investors expected the ongoing ramp-up of the Iridium NEXT satellite launch program to keep lifting revenue, although they knew that accounting impacts would weigh on earnings. Nevertheless, Iridium did better than many had expected, and the wider range of applications that it sees as viable uses for its network could boost its business going forward. 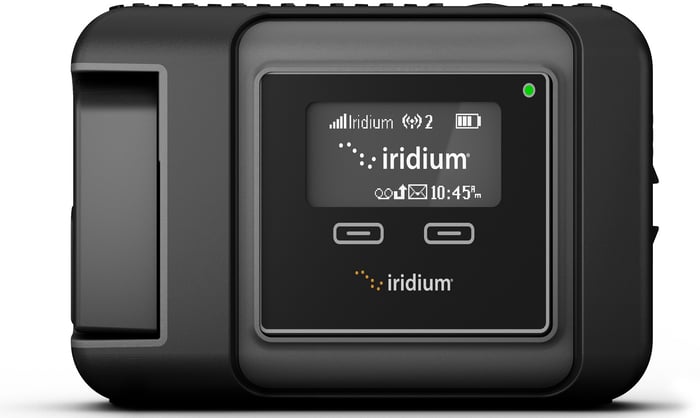 Iridium Communications' first-quarter results showed the upward trajectory that the company remains on. Sales were higher by 14% to $119.1 million, which was roughly double the 7% growth rate that most of those following the stock had expected to see. GAAP net income plunged by nearly 70% due mostly to higher depreciation costs following its latest satellite deployment, but earnings of $0.07 per share were still better than the consensus forecast among investors for break-even results.

Iridium came close to but didn't quite eclipse an important milestone. The company reported 996,000 total billable subscribers, up 15% from year-ago levels but falling just a bit short of the closely watched 1 million mark.

Even so, Iridium was generally pleased with its performance. Commercial service revenue rose 13%, with commercial Internet of Things subscriber counts growing 25% from year-ago levels. IoT subscriptions now make up about 60% of commercial subscribers for the company, rising quickly as the initiative becomes more entrenched in the corporate world. Voice and data subscriptions were up just 1%, but revenue per user for that group climbed to $41. Hosted payload and other data services revenue more than tripled from year-ago levels as Iridium started tapping more heavily into that area. The number of commercial customers rose to just under 900,000.

The government side of the business had more balanced performance. Voice and data subscription counts were up 18%, while IoT subscriptions rose 24%. The company gets a roughly 50-50 split between the two types of subscriptions among its 104,000 government subscribers.

Equipment sales also showed strong growth. Revenue of $25.8 million was higher by more than half, as customers continued to follow through with purchases following extensive hurricane activity that demonstrated the utility of Iridium's services.

What's next for Iridium?

CEO Matt Desch was pleased with how well Iridium did. "2018 started on a strong note," Desch said, "with continued subscriber additions in commercial IoT and better-than-expected equipment sales ... in what is normally a seasonally slow period."

Iridium has a lot in its pipeline. With a successful launch in March, about three-quarters of the NEXT constellation is in orbit. The next launch will occur in May, and Iridium still sees the completion of the launch phase by the end of 2018. Once that's complete, the rollout of the Iridium Certus multi-service platform for enterprise-grade global connectivity should dramatically enhance the satellite telecom's service capabilities.

With everything seeming to be on track, Iridium repeated its expectations for the coming several years. Total service revenue for 2018 should grow 10% to 12%, with full-year operational pre-tax earnings of $280 million to $290 million. Service revenue should rise to $440 million in 2019.

Iridium shareholders responded well to the news, and the stock was higher by 2% on Thursday morning following the announcement. With the Internet of Things providing lots of growth opportunities, Iridium is on course to tap into a host of potential new applications for its satellite services.