The coal producer faced several headwinds in the first quarter.

Shares of Arch Coal Inc (ARCH -4.26%) are slumping today, down nearly 15% as of 1:04 p.m. EDT, after the company reported lackluster first-quarter results and a muted outlook for 2018.

Arch Coal earned an adjusted $2.95 per share in the first quarter, which was an improvement from the year-ago period, when it turned in an adjusted profit of $2.82 per share. However, the result still fell well short of analysts' expectations that it would earn $4.42 per share. While the company delivered better-than-expected operating performance at its Leer mine and solid results at its thermal coal business, it also faced weather-related logistical challenges and higher metallurgical coal costs due to issues at its Mount Laurel mine that impacted results. As a result, coal volumes declined, as did margins in the Powder River Basin and from its other thermal coal assets. 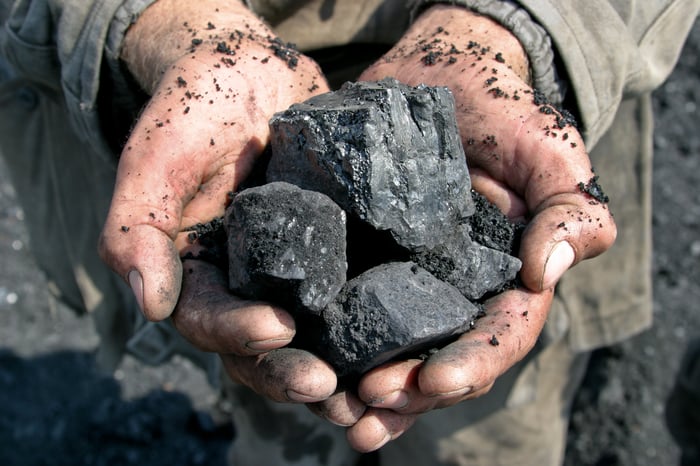 Arch Coal has one of the best balance sheets in the sector, which has enabled the company to use its cash flow to buy back a whopping 18% of its stock over the past year. However, the coal industry is in a state of decline and doesn't appear likely to recover given growing climate change fears. While Arch's focus going forward is on steelmaking coal, investors will likely be better off buying energy stocks that have a brighter future than by investing in the coal industry.