The components and systems maker benefited from an unexpected corner of its market.

Moog (MOG.A -1.26%) (MOG.B) has done a good job of capitalizing on the boom in the aerospace industry, benefiting from high demand for the systems and components that today's sophisticated aircraft need in order to function properly. But many investors don't recognize that Moog has exposure beyond aerospace, and with products for applications that include industrial automation, energy exploration, and power generation, Moog has a more varied business that can thrive even when aerospace growth slows down.

Coming into Friday's fiscal second-quarter financial report, Moog investors had high hopes about the company's ability to maintain its upward momentum. Moog did well, but many might have been surprised that the source of major growth came not from aerospace but from elsewhere in its product lineup. That could bode well for the company even if the aerospace boom cools off in the future. 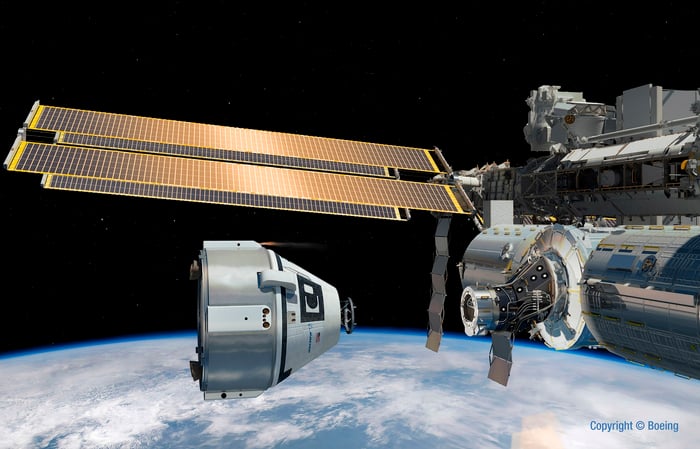 Full speed ahead for Moog

Moog's fiscal second-quarter results were strong. Sales of $689 million were up 9% compared to last year's fiscal second quarter, doubling the pace of growth most investors were expecting to see. Adjusted net income gained more than 30% to $41.8 million, and the resulting adjusted earnings of $1.16 per share easily topped the consensus forecast of $1.06 per share among those following the stock.

One surprise for Moog was that its best revenue-growth-generating segment wasn't aerospace. Aircraft controls sales were still solid, posting an 8% gain on particular strength in military aircraft-related sales. Double-digit boosts in the F-35 joint strike fighter program as well as helicopter programs and foreign military sales of original equipment manufacturer products helped lift the segment's revenue. Yet commercial aircraft revenue rose just 2%, with flat sales of products related to the 787 Dreamliner and a 10% drop in Airbus OEM sales due to delivery timing issues, reversing strength in the fiscal first quarter.

Instead, the industrial systems segment performed the best from a sales perspective, with 15% higher sales from year-ago levels. A big part of that came from currency impacts, but even so, the energy, automation, simulation and testing, and medical market areas all saw double-digit top-line gains that contributed to the industrial unit's overall performance.

Space and defense results were mixed. Overall, the unit saw sales rise 3%, but space avionics and launch vehicle controls lifted the space portion of the business by 19%. Defense sales fell 5% due to weaker demand for controls for military vehicles as well as naval products.

CEO John Scannell didn't have a lot to say. "Our underlying operations had another solid quarter," Scannell said, and the CEO pointed to ongoing strategic efforts designed to foster further growth.

Those efforts include a number of items. The company said it will wind down its wind pitch control business by the end of the year, with a resulting one-time charge that should pay for itself over time through higher margins for the industrial side of the business. The decision to buy Czech motion controls manufacturer VUES Brno should also help by fleshing out Moog's holdings in the aerospace area, with a relatively low price tag of $65 million on the deal.

Moog even raised some of its guidance for fiscal 2018. The company now sees sales rising 8% to $2.69 billion, $70 million higher than its previous projection. Adjusted earnings expectations now call for $4.20 to $4.60 per share, representing a lift of $0.30.

Moog shareholders didn't have a huge response to the results, and the stock was down about half a percent at midday following the morning announcement. With several potential paths to success, Moog is looking to keep taking advantage of good conditions in aerospace while also capturing more of its opportunities elsewhere.