When Meritage Homes Corp. (NYSE:MTH) Chairman and CEO Steve Hilton said the company was going to change its strategy and focus on lower-cost starter homes a few years ago, many industry followers probably thought it was a mistake. At the time -- and to some extent this has continued -- the most successful homebuilders were focusing upmarket on more high-end communities.

Today, Hilton's plans look like they are paying off for the company, which just reported a 10% increase in home closing revenue, 10% growth in home orders, and better gross margins on its homes than the company has reported in over a year. The end result? A 33% increase in pre-tax earnings and a huge 91% jump in earnings per share (there was a one-time tax gain in the quarter we will talk about later). 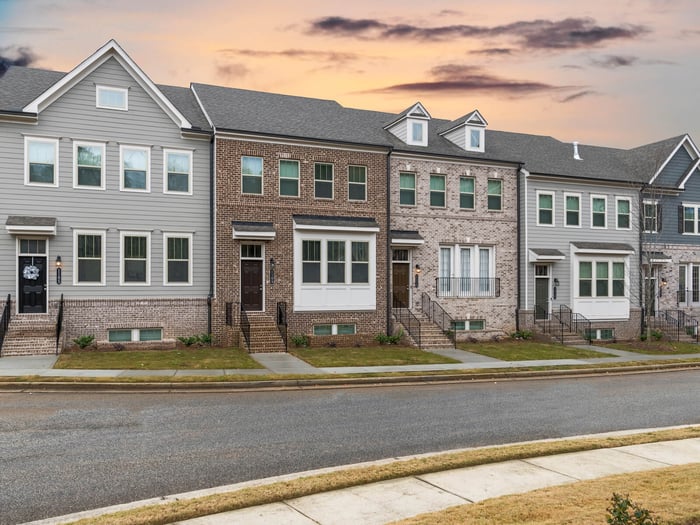 Between the millions of millennials who will enter the housing market in coming years, and the millions of baby boomers who will explore downsizing as they enter retirement, Meritage management expects its strategy to continue to reap rewards. Let's take a closer look at the first quarter.

How cheaper homes are driving higher sales and profits

In the first quarter, Meritage Homes closed on 1,725 homes, 9% more than last year's first quarter, generating $729 million in revenue, a 10% jump. The company took orders for 2,358 homes in the quarter, up 10% year over year. However, its focus on expanding its entry-level communities is starting to have an impact on average selling prices. The average price on a home closed increased 1% to $422,000 in the first quarter, but the average price on a home ordered -- this metric includes homes that won't close until a future quarter when completed -- fell 2% to $408,000. The end result of a 10% increase in orders and a 2% average price decline is an 8% boost in the company's backlog of contracted homes, to $1.48 billion. The average price of all the homes on the backlog is $423,000, a number that's almost certain to come down as more entry-level homes are sold with each passing quarter.

However, as Hilton and other executives have described in previous quarters, these lower-priced homes often sell at higher gross margins than more custom homes. Home closing gross margin came in at 17.1% in the quarter, up 90 basis points year over year. This is because they are generally built to more standardized plans, and the company builds a higher percentage of these starter homes on spec -- that is, without a customer order in hand -- since they will be less customized. Meritage sold only 41% of its homes from spec in 2016, but that number rose to 49% in 2017 and was 51% in the first quarter of 2018.

And it's likely the company's spec home sales mix will continue to go up. According to COO Phillippe Lord, "LiVE NOW" starter communities are built 100% on spec with no design studio on site and limited customization options available. By making these entire communities less customizable and standardized, Meritage says its costs and construction times have been lower, while margins are higher.

Management is optimistic that demand for entry-level homes will remain strong for years. There is a substantial undersupply of affordable houses in many regions of the U.S., after years of underbuilding following the Great Recession. The company expects the combined demand from millennials entering the housing market and baby boomers downsizing as they retire to more than offset the pressures that rising interest rates could put on demand.

This is why the company continues to invest in land for entry-level communities. It spent $203 million in land and development in the quarter, with plans to build starter homes on 80% of the new land acquired. This is a continuation of its land purchases in most quarters for the past couple of years.

Going forward, demand for these kinds of homes is expected to continue driving sales and profits higher. Management raised its guidance for the full year in several important areas this quarter:

For the second quarter, the company expects to sell 1,850-2,000 homes for between $775 million-$850 million, with gross margins in the mid-17% range and pre-tax earnings of $55 million-$60 million, which would be a 12%-22% increase over the first quarter. It also finished the quarter with 34,000 lots under ownership or control, giving it a substantial inventory for multiple years of development.

It's still relatively early in this strategic shift, but the results have been positive in recent quarters. If Hilton continues to prove correct on his expectations for big demand for smaller, more affordable homes, Meritage Homes could be in the early stages of a very profitable growth cycle for the housing industry.