The days of MoviePass as an unlimited multiplex smorgasbord appear to be coming to an end. The first whiffs of throttling usage are starting to creep up for the fast-growing platform that is 92% owned by Helios and Matheson Analytics (OTC:HMNY). The site's terms-of-use page has been updated recently, making the service more restrictive and freeing up the provider to price out some of its more active users.

It was just a month ago that MoviePass CEO Mitch Lowe was wowing attendants at an entertainment finance forum with visions of going from 2 million members accounting for 6% of the country's ticket sales to 5 million MoviePass cardholders accounting for 20% of domestic box office receipts by the end of this year. However, with MoviePass losing gobs of money -- and even the underwriter of last week's Helios and Matheson secondary offering lowering its price target earlier this week -- things are starting to get dicey. 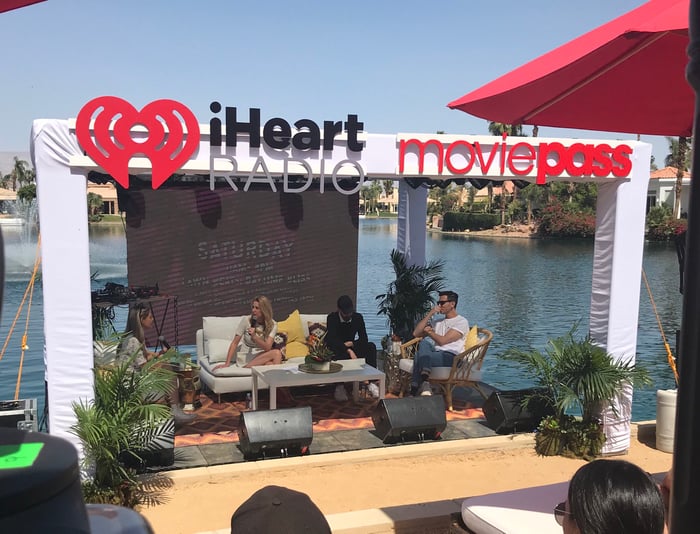 MoviePass was a fledgling service for movie buffs with just 20,000 multiplex junkies paying between $30 and $50 a month for the right to see a single standard screening per day at most theaters. Helios and Matheson went on to snap up a majority stake in MoviePass in mid-August, slashing the price all the way to $9.95 a month.

It took off after that, of course. MoviePass raced to a million subscribers in late December and hit 2 million popcorn pickers in early February. We should've hit 3 million by now, but two weeks ago, MoviePass shifted to an odd promotion for new members. Teaming up with terrestrial radio giant Clear Channel, the plan for new subscribers would set members back $29.95 for three months in a bundle that includes the premium iHeartRadio streaming app and a limited version of MoviePass that restricts screenings to just four multiplex outings a month.

The thinking was that this capped promotion would be temporary, but that may not be the case.

"I don't know" Lowe responded at the theater owners' convention CinemaCon on Wednesday night when The Hollywood Reporter asked if the unlimited daily viewings would be returning.

It remains to be seen if and when existing members will get hit with a cap of just four movies a month. One change rolling out this week in the updated terms of use dictates that repeated viewings of the same movie are no longer allowed. It didn't matter if you wanted to see Fifty Shades Freed for 50 days in a row in the past ... not that you would want to do that.

An interesting addition to the MoviePass terms is that the service can increase the monthly price for members if they exceed watching a certain number of movies per month. The MoviePass model has always seemed unsustainable in the long run. Nearly every subscriber runs at a loss to MoviePass. The service has struck deals with some theater operators for discounted tickets or a piece of the concession sales, but it's still paying face value for 94% of the tickets being purchased. MoviePass pays the country's largest chain nearly $12 a ticket, on average.

Helios and Matheson concedes that it's losing $20 million a month on a cash basis, and investors didn't like last week's move to offer as much as $150 million in new stock to finance its operations. The stock took a 33% hit the day it priced just $30 million of those shares last week, and this week the underwriter that helped Helios and Matheson with the offering lowered its price target on the shares from $15 to $12, in part because of the rising share count following the capital raise.

MoviePass originally thought it could sell enough data on its users and pitch ads their way to help offset the model's shortcomings, but MoviePass is too big of a loss leader as it stands for most of its members. Changes are inevitable, and unfortunately it will be hard to sustain the buzz once the service grows more restrictive and forces active members to jump through more hoops. We saw what a restrictive MoviePass was, and that was a platform with just 20,000 members last summer.