Shares of 3M Co (NYSE:MMM) plummeted after the company reported first-quarter earnings this week because of a small reduction in full-year earnings guidance. 3M management still expects the company to grow organically at a rate of 3% to 4% this year, and it expects earnings per share (after pulling out one-time items such as a legal settlement) to be $10.20 to $10.55, which is up 11% to 15% from a year ago. But that wasn't enough for investors.

For an industrial company that's muddled through most of the past two decades, generating meaningful growth should be a positive for investors. While the market may be down on the stock, I think the recent drop in shares is a buying opportunity. 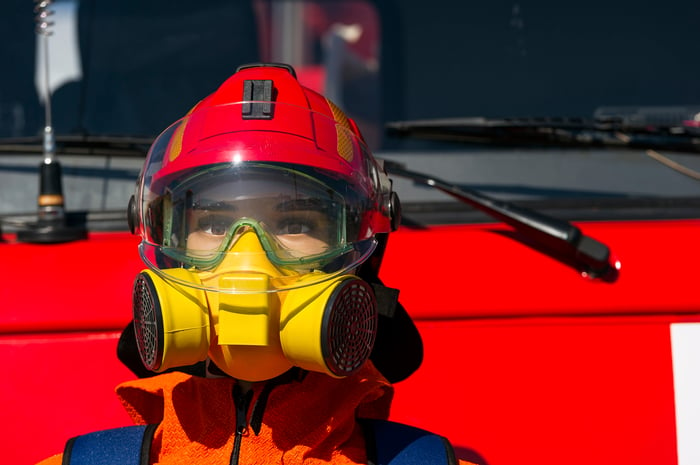 These aren't big changes, but if investors start to think that growth will slow, then they will anticipate lower future earnings, and start to sell out of the stock. But if you look at 3M's organic revenue growth of 2.8% in the first quarter of 2018, you can see that management still expects growth to pick up the pace in the final three quarters of the year. Management also said that the reduction in guidance was driven by some specific markets that were weaker than expected, with COO Mike Roman saying:

We started to see the softness in Q1 coming through as we went through the month and we signaled that. Even at that point, it was specific to the market segments that we called out [Western Europe, where organic growth was down 1% in Q1]. Those played out as we thought that they would through March. If you look at April, April is starting in line with our expectations. I think the adjustment to the range was really looking to those specific markets that we saw coming through Q1. We expect to see some improvement in a couple of those areas, but that's what's driving the adjustment.

While there are small points of weakness that are out of 3M's control, I think the strength in specific businesses is the reason to be bullish on the company's long-term growth.

Safety and graphics was 3M's best division, with 7% organic growth after 6% growth in 2017. 3M has spent the last few years compiling a bigger and more complementary list of products in safety, including buying Scott Safety for $2.0 billion in 2017. Scott Safety's respiratory products complement products that 3M already makes, like disposable gas masks and fire-resistant gloves, which is helping drive sales growth.

Graphics could be a long-term growth market for 3M, providing markings for vehicles, buildings, and roadways that increase visibility and provide a place for valuable advertising. A recent road show of the company's products even showed through virtual reality how 3M's traffic sign, work zone, and lane markings are more easily sensed by  autonomous vehicles, making them safer on the road. A technology like autonomous driving may not seem like a 3M business, but as a major supplier of lane markings and signage, the company could add value to the industry and improve safety, all while driving higher sales for 3M.

The other business that stood out was industrials, which grew revenue 7.1% year over year. Automotive OEM (original equipment manufacturing) sales grew faster than the industry overall, and we may only be at the early stages of that growth. 3M has a number of high-value products for electric vehicles that go into the batteries themselves, such as cathode powders, shielding tapes, electrolytes, and insulation products that are critical componenets to a battery's assembly. As EV production increases, we might even see 3M outpace auto OEM growth overall.  Carbon fiber construction might begin to grow in the auto industry (BMW's i3 has a carbon frame to offset the weight of batteries), and 3M is a leading supplier of the adhesives that will hold vehicles together. The industrials segment may not get a lot of attention publicly because 3M is a supplier to other businesses, but long term, this is a segment set up well for growth.

Some of the weakness at 3M was seen in electronics and energy, segments that can be cyclical in nature. When smartphone sales spike or energy investment increases in 3M's target markets (for example, pipelines), these businesses will grow as well.

Keep your eyes on the long-term prize

One quarter won't make 3M a good or bad investment in the long term, and it shouldn't be treated that way. 3M's reasons for slightly reducing organic growth and earnings guidance were driven by macro trends outside of the company's control, and those trends could reverse in the near future.

The better sign long term is that 3M is making more products that provide compelling value to customers and is ingraining itself in the design of products like cars and roadways. That should help 3M grow long term, which is why I think the discount that the market is giving investors today makes for a great buying opportunity.