In response to receiving some positive commentary from a Wall Street analyst, shares of Akorn, Inc. (AKRX), a maker of specialty generic pharmaceutical products, rose as much as 11% in afternoon trading today. As of 3:15 p.m. EDT, shares were up about 7%.

If you haven't been following this story closely, Fresenius signed a deal to acquire Akorn for $34 per share last year. However, Fresenius recently decided to terminate the deal after it performed some due diligence on the company and came away displeased.

Despite the setback, Akorn's management team remains adamant that Fresenius did not unearth any evidence that could allow it to terminate the signed agreement and is fighting hard to ensure that the merger closes. 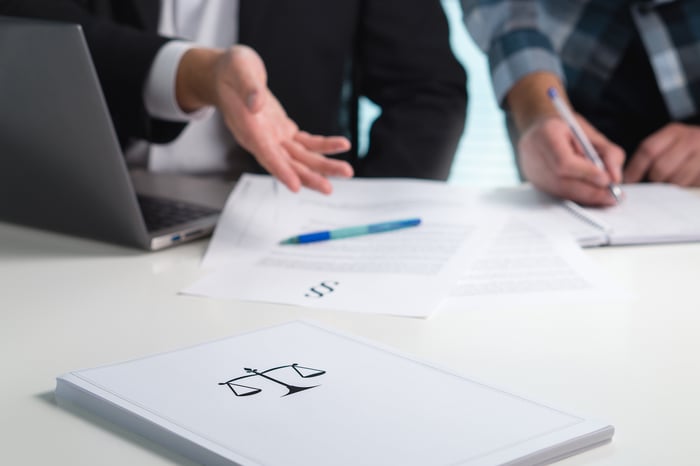 With shares of Akorn trading in the low teens, it is obvious that Wall Street has lost all faith that this deal will ever get done. However, Stanicky looked at the publicly available court documents from this legal battle and concluded that he still sees "a path for the deal to close."

It is impossible to know how this legal dispute will end, so Akorn's shareholders need to make sure that they want to own the company no matter the outcome. Personally, I find it troubling that Fresenius took a hard look at Akorn's business and is now doing whatever it can to stop the deal from happening. For that reason, I plan on keeping this stock far away from my portfolio.