Monday wasn't a good day for the stock market, as most major benchmarks gave up early gains to finish lower. Investors continued to be nervous about interest rates, which appear to be on the rise as a strong earnings season continues. Consistently climbing oil prices also have had a mixed impact on market sentiment, with energy investors generally liking the trend while others worry about the potential inflationary impact that higher costs could bring. Adding to the gloom was bad news about some individual companies that sent their shares sharply lower. Chicago Bridge & Iron (NYSE:CBI), Akorn (NASDAQ:AKRX), and Flotek (NYSE:FTK) were among the worst performers on the day. Here's why they did so poorly.

Will Chicago Bridge & Iron get left out?

Shares of Chicago Bridge & Iron dropped more than 8% after an unexpected hostile takeover attempt threatened an agreement that the oil and gas engineering specialist had made with an industry peer. McDermott International said last December that it would buy Chicago Bridge & Iron in a deal worth about $6 billion, which helped give the stock a temporary lift coming into the beginning of 2018. But the shares have given up ground since then, and late last week, McDermott International got an offer from Norway's Subsea 7 that would require McDermott to give up its bid for CB&I. McDermott rejected the offer, arguing that it was insufficient and that it wants to move forward with CB&I. Nevertheless, some investors fear that McDermott might accept a higher bid if one is forthcoming, and that could put CB&I under intense competitive pressure to come up with its own independent strategy for the future. 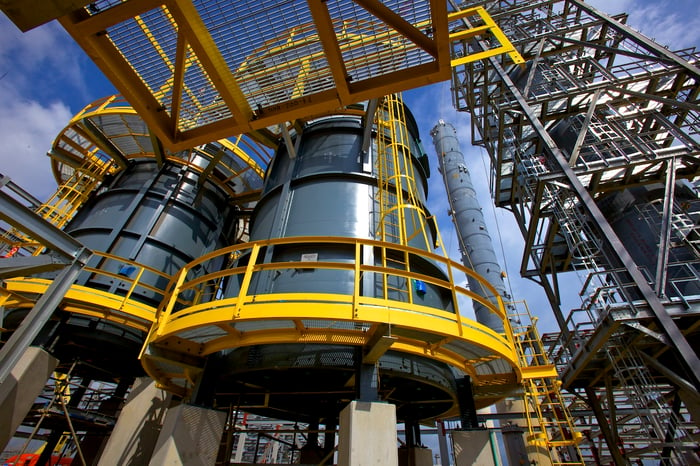 Akorn's buyer has a change of heart

Akorn stock plummeted 34% in the wake of the termination of last year's acquisition bid from German healthcare company Fresenius SE. Fresenius said that it would seek to end its merger agreement with the generic-drug maker, arguing that its due diligence of Akorn had unearthed potential red flags with respect to its product development operations. Akorn vehemently denied Fresenius' concerns, arguing that nothing Fresenius had learned would have a material adverse effect on Akorn's business. The two companies will likely fight about the attempted termination, but shareholders don't have much hope that the deal can be salvaged.

Finally, shares of Flotek Industries plunged nearly 35%. The manufacturer of specialty chemicals warned that weather-related delays early in the first quarter of 2018 would result in quarterly revenue coming in substantially weaker than initially expected. Flotek also believes that its adjusted pre-tax operating earnings will be negative during the quarter. The company has worked hard to try to cut its fixed costs, but management now believes that it will need to move more aggressively toward increasing market share through releasing new products in combination with cost-cutting measures in order to improve its performance in the future.

Editor's note: A previous version of this article incorrectly stated that the party that sought to terminate its acquisition bid for Akorn was Fresenius Medical Care rather than Fresenius SE. The author and the Fool regret the error.