It's tough to be a value investor right now. The S&P 500 trades at a historically high price-to-earnings ratio; fast-growing tech stocks trading at valuations that in many cases defy belief just keep going up; and of all the stocks that look cheap, many are facing existential crises that threaten their business models (think retail or packaged food).

Despite all of this, there are still some good options for value investors. Three of our contributors think Johnson & Johnson (NYSE:JNJ), Kinder Morgan (NYSE:KMI), and International Business Machines (NYSE:IBM) are value stocks worth buying right now. Here's why. 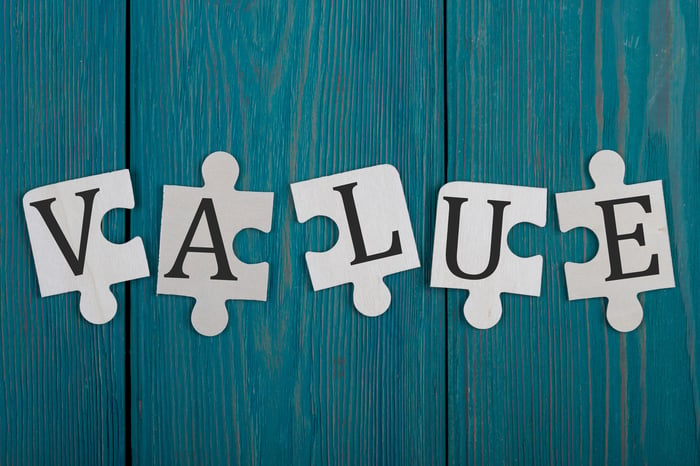 A portfolio staple on the cheap

Nicholas Rossolillo (Johnson & Johnson): The market's turmoil over the last few months has pushed shares of Johnson & Johnson down about 14% from all-time highs reached back in January. That is in spite of the company kicking off 2018 with strong numbers -- a 12.6% year-over-year increase in revenue, and a 4.3% increase when excluding effects from acquisitions. Earnings per share adjusted for acquisitions were up 5.5%.

Those are great numbers for a company currently valued at over $340 billion. The consumer products division, a sprawling enterprise that houses brands from Listerine to Band-Aid to Neutrogena, was up 1.3%. Medical devices grew 3.2%. It was the company's pharmaceutical division that moved the needle, though, increasing 15.3% on an adjusted basis.

That segment is expected to be the difference maker, helping revenue rise 4% to 5% in 2018, according to management's guidance. Earnings are forecast to increase 6.8% to 9.6% over 2017. That pushes Johnson & Johnson's 2018 earnings per share down to an inexpensive 15.7 times earnings, using the midrange of management's guidance.

The current dividend yield is 2.6%, another bonus for investors on top of the attractive valuation the stock is trading at. If a rock-solid consumer staples and pharmaceuticals company on the cheap is what you're after, Johnson & Johnson fits the bill right now.

Matt DiLallo (Kinder Morgan): Natural gas pipeline giant Kinder Morgan has lost a gut-wrenching 60% of its value over the past three years. The company's cash flow, however, has slipped only about 4% from the peak. As a result, shares trade at an unbelievable value these days.

The reason Kinder Morgan's cash flow has barely budged even though oil prices have been all over the map is that the company gets more than 90% of its earnings from stable fee-based contracts. Those predictable revenue streams support the company's forecast that it can generate $2.05 per share in cash flow this year. With shares of Kinder Morgan recently trading around $15 apiece, it implies that the company's stock sells for a price-to-cash flow multiple of about 7.3. For comparison's sake, Kinder Morgan's pipeline peers trade for about 11.9 times 2018 cash flow on average, implying a nearly 40% discount.

It's an unjustifiable markdown for a company that has significantly improved its financial situation over the past few years. The pipeline giant has retired $6 billion in debt since the end of 2015, driving its leverage ratio down to just above its target of 5. Furthermore, it has secured financing for its largest expansion projects. Because of that, the company has freed up more of its cash flow, which it's returning to shareholders. Kinder Morgan is using some of that cash to increase its dividend 60% this year and has also allocated a portion to buy back stock. It has already made quick use of that buyback allowance, having spent $500 million since the end of December, reflecting its belief that shares are value-priced at the moment.

A tech giant at a discount

But some key numbers are moving in the right direction. IBM's strategic imperatives, which include the company's various growth businesses, produced 15% year-over-year revenue growth, and now account for 47% of total revenue on a trailing-12-month basis. Cloud revenue soared 20%, and the cloud as-a-service revenue run rate jumped 25%. IBM expects cloud as-a-service to be a crucial growth driver going forward, projecting 15% to 20% annual growth in the long run.

Thanks to the market's reaction to IBM's earnings, the stock should look attractive to those hunting for value. IBM expects to produce adjusted earnings of at least $13.80 per share this year, putting the price-to-earnings ratio at just 10.6. Throw in a dividend yield of nearly 4.3% and you have a stock that belongs on every value investor's radar.