It can be tempting to plow your hard-earned cash into penny stocks. Because they trade at such low prices, even a small amount of money can buy hundreds or thousands of shares. And because they tend to be volatile, there's a chance you'll reap a quick and hefty profit.

But penny stocks are extremely risky. For every low-priced stock that rockets higher, there are many more that take investors on a roller-coaster ride to zero. Buying penny stocks is closer to gambling than investing.

If not penny stocks, then what? How about these three stocks, all of which represent portions of real businesses. Here's why you should take a look at Blue Apron (NYSE:APRN), Fitbit (NYSE:FIT), and Boston Beer (NYSE:SAM). 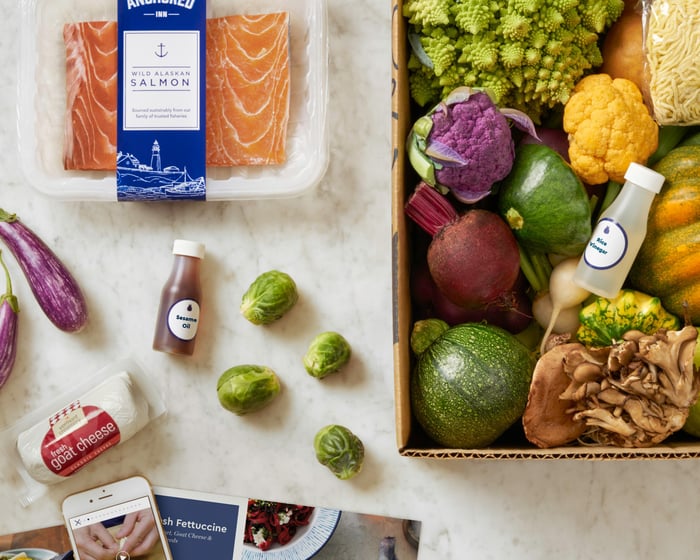 Leo Sun (Blue Apron): Blue Apron, the top meal kit maker in America, went public at $10 last June. The stock subsequently tumbled to about $2 thanks to concerns about its slowing sales, lack of profitability, and competition from Amazon (NASDAQ:AMZN), Walmart (NYSE:WMT), and other rivals.

Blue Apron remained deeply unprofitable, posting a net loss of $39 million and an adjusted EBITDA loss of $19.7 million last quarter. It laid off staff and switched CEOs, but downsizing in the face of escalating competition seems like a losing strategy.

However, Blue Apron also trades at just 0.4 times sales with a market cap of about $380 million. Therefore, it's still a lucrative buyout target for a larger retailer that wants to enter the meal kit market. 35% of its shares were being shorted as of April 10, so any positive news or buyout buzz could spark a short squeeze. I'm not saying Blue Apron is a safe long-term investment, but it probably has a better chance of doubling than most penny stocks.

Tim Green (Fitbit): Fitbit is in quite a pickle. The company has been struggling with weak demand for its fitness trackers, and its first attempt at a proper smartwatch fell flat. Revenue has been tumbling since the holiday quarter of 2016, and shares of the wearables company have lost nearly 90% of their value since peaking in mid-2015. To call the stock beaten-down would be an understatement.

Despite Fitbit's ongoing problems, there are a few reasons to be hopeful that a comeback could be in the cards. While the expensive Ionic smartwatch didn't sell as well as the company was hoping it would, the cheaper Versa smartwatch has all the makings of a successful product. Priced at $199, the Versa may be capable of spurring existing Fitbit fitness tracker users to upgrade, something the company has had trouble with in the past.

Fitbit is also sitting on enough cash to buy it time to figure out the best strategy. The company had $679 million of cash at the end of 2017, enough to absorb years of losses. That's important, because the company's efforts to push into the healthcare and wellness markets will take time to bear fruit. A few steps Fitbit has taken so far: It acquired Twine Health, a health coaching platform, earlier this year; and it recently announced a partnership with Google to use the internet giant's new Cloud Healthcare API to push further into the healthcare system.

If Fitbit can eventually return to growth and profitability, driven by successful smartwatch products and its healthcare initiatives, the stock has a tremendous amount of potential upside. But there's a flip side to that coin: If Fitbit can't turn things around, the stock could tumble further as the company fades into irrelevance. This is a high-risk, high-reward stock, which might be right up your alley if you were considering jumping into penny stocks.

This craft brewer is heading in the right direction

Steve Symington (Boston Beer): Boston Beer trades at above $220 per share as of this writing, so it's pretty far from being a penny stock.

But putting aside the fact that stock prices -- at least taken in isolation -- are one of the most useless metrics available to investors, there's a reason shares of the craft brewer popped nearly 8% the day after its latest quarterly report last week. According to company founder and chairman Jim Koch, Boston Beer is seeing "significant improvement" in industry trends for its Samuel Adams and Angry Orchard brands. This marks a welcome shift from increasing competition and a prolonged slowdown in the craft beer market, the combination of which has badly crimped growth from Boston Beer's two core brands since late 2015.

That's not to say Boston Beer is completely in the clear yet. Management warned that while their results last quarter were helped by encouraging consumer responses to new varieties like Sam '76 and Angry Orchard Rose, it's too early to gauge whether those varieties will be able to sustain their strength over the long run.

With its enduring brands, a less than 2% share of the U.S. beer market, and with the stock still trading more than 40% below its early 2015 high, I think Boston Beer still has plenty of room to run for investors willing to bet that its recent strength will last more than a single quarter.