Chipmaker NVIDIA (NASDAQ:NVDA) sells graphics processing units (GPUs) for use in a wide variety of applications, from desktops and data centers to specialized artificial intelligence (AI) systems. The company earns most of its revenue from GPU sales in the gaming market, but its growth opportunities in driverless cars, AI, and data centers are fueling both its sales and share price gains.

The company's share price has surged more than 100% over the past year, and its shares currently trade at about 31 times forward earnings. But despite NVIDIA's gains and it's above average price-to-earnings ratio, the stock still looks like a buy. 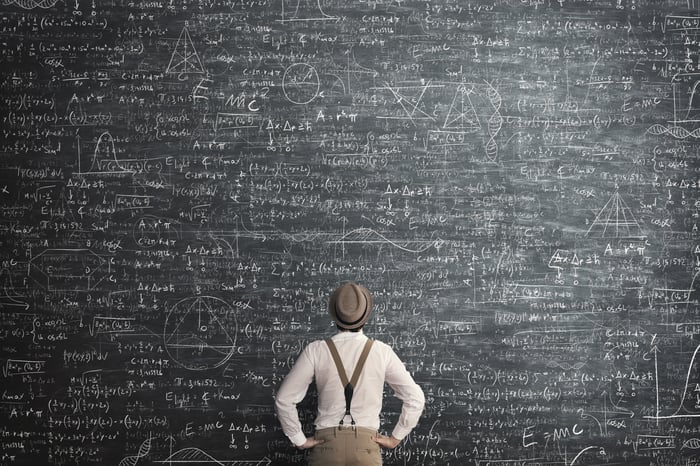 Why you should consider buying NVIDIA

The most compelling reason for investors to consider buying NVIDIA should be the company's dominance in GPU sales. Its deals in the artificial intelligence and autonomous vehicle markets may drive the headlines, but NVIDIA's sales and earnings growth have been built on its GPU sales to gamers.

NVIDIA grabbed 66% of the discrete desktop GPU market in the 2017's fourth quarter, and left rival Advanced Micro Devices with the rest. That strength helped NVIDIA to boost its GPU sales by 29% in its fiscal 2018 Q4 (which ended Jan. 28) to $1.7 billion. Potential investors should keep careful tabs on the company's  gaming sales because the segment accounts for nearly 60% of NVIDIA's revenues.

Next in importance is the company's data center business. Here, just like in gaming, sales are booming. NVIDIA brought in $606 million in data center revenue in its fiscal Q4, representing a 105% year-over-year jump. The chipmaker is benefiting here -- and will continue to do so -- because major customers including Microsoft, Facebook, Alphabet, and Baidu are using GPUs to accelerate the performance of data center servers. In most cases, NVIDIA's chips act as assistants on CPU-intensive tasks, and enable data centers to be better at processing information for artificial intelligence and deep learning training. Thus NVIDIA's hardware, allows the major tech companies of the world to improve their voice recognition, image identification, and natural language processing capabilities.

Of course, much of the current excitement around NVIDIA is focused on its opportunities to put its hardware in autonomous vehicles. NVIDIA's latest driverless car supercomputer, the Drive PX Pegasus, allows semi-autonomous (and eventually fully autonomous) vehicles to process image information in real time. Pegasus is essentially the brain of the vehicle, and 25 automakers are already beginning to use it in fully autonomous cars they could have on the market in the next few years. IHS Markit estimates that in 2021, 51,000 autonomous vehicles will be sold worldwide -- but that by 2040, the number will grow to more than 33 million. That growth forecast has prompted NVIDIA to predict that its total addressable market for self-driving cars will be about $8 billion by 2025.

A healthy company that's getting stronger

NVIDIA has already proved it can successfully expand beyond its core gaming GPU sales into new, fast-growing markets like data centers, AI, and driverless cars. And its stellar share price growth over the past few years means that the stock is trading a premium right now. But it's likely that its sales and earnings will continue to grow as companies purchase more NVIDIA chips for data centers and autonomous vehicles.

NVIDIA's lead over rival AMD gives it an advantage, and its relatively stable sales in the gaming segment mean investors won't have to worry even if some of the company's prospects in new markets don't pan out. Just keep an eye on other companies, like Google and Intel, which are building their own AI chips. They may not be direct rivals for NVIDIA, but if more tech giants start making their own data center graphics processors, it could eventually hurt NVIDIA's sales.

Similarly, if NVIDA's GPU sales in the gaming market began to slide considerably, that would be a red flag for investors. That hasn't happened, and sales in this segment are growing, so there's nothing to worry about right now on that front.

NVIDIA's stock may be pricey, but it's growth opportunities in emerging technologies and its long-standing dominance in GPU sales make this company a solid buy.