Please ensure Javascript is enabled for purposes of website accessibility
Log In Help Join The Motley Fool
Free Article Join Over 1 Million Premium Members And Get More In-Depth Stock Guidance and Research
By Chris Neiger – Apr 30, 2018 at 8:35AM

The semiconductor company has a strong presence in the smartphone and mobile device market, major growth potential in the Internet of Things, and a cheap share price.

There are many people who've never heard of Skyworks Solutions (SWKS -4.47%), but they -- and you -- have likely used some of its products. The technology company is an essential supplier of connectivity chips, power amplifiers, and radio frequency chips for mobile devices. All of this means that Skyworks' components play a fundamental role in connecting many of the smart devices we see around us.

The semiconductor company's share price has been quite volatile recently, and sits about 14% lower (as of this writing) than where it was 12 months ago. But despite that turbulence, there are several reasons why investors should consider adding Skyworks to their buy lists. 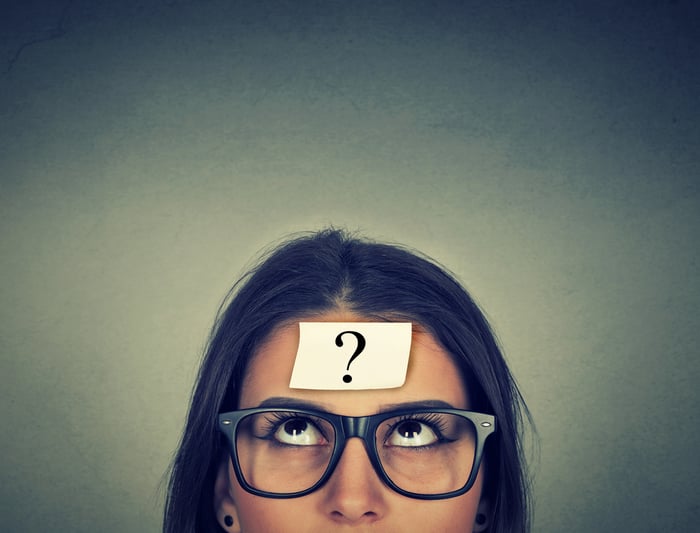 So, those smart devices that Skyworks helps to connect and keep running? Well, many of them belong to Apple (AAPL -3.00%). The tech giant has used Skyworks' chips for a while now, and it recently increased its patronage of the company. Skyworks components took four design slots in the iPhone 8, and five in the iPhone X.

That constant ability to earn places for its wares inside the iPhone shows the quality of Skyworks' technology, and its relationship with Apple has been a key driver of its sales. About 40% of the company's revenue comes from selling chips to Apple.

Admittedly, relying on a single customer for such a large share of  revenue usually wouldn't be a good thing. Apple can shift its business to other component makers whenever it wants, to secure the lowest prices for the tech it needs. Mizuho Securities recently downgraded  Skyworks stock on fears that Apple may be cutting iPhone production. But investors should keep in mind that Skyworks is compensating for its dependence on Apple by increasing sales to other tech companies.

The smartphone market, while still lucrative, is a mature one. That's why it's great to see Skyworks building out its opportunities in new tech areas like 5G and the Internet of Things (IoT).

The IoT is driven by the connection of millions of formerly unconnected objects -- cars, watches, speakers, light bulbs, etc., -- to the Internet. Skyworks is already tapping into this market by selling chips to Alphabet's (NASDAQ: GOOG) (NASDAQ: GOOGL) Google for its Home Max smart speakers, and semiconductors for its Nest alarm systems; Amazon (NASDAQ: AMZN), too, uses Skyworks' chips in some of its Kindles and Alexa-powered devices.

The company also sells its chips into the growing car connectivity market. "Automotive is becoming more and more critical for us, leveraging LTE modules," said CEO Liam Griffin on its recent earnings call.

Skyworks wraps all of these IoT opportunities into the company's "broad market" sales category, where revenues have increased by about 17% year over year. The number of IoT devices in use reached 20 billion last year, and it's expected to hit 30 billion in 2021. With its components connecting everything from vehicles to drones to smart home devices, the company is poised to benefit from that IoT growth.

And last, but not least, Skyworks should see some significant benefits from the arrival of 5G wireless on the market. Verizon and AT&T are already conducting 5G tests in a handful of cities this year, and over the next two years, more commercial 5G devices and services will  debut. "It is certainly our belief that 5G will be yet another catalyst in mobility," Griffin said on the earnings call.

Though the precise specs for 5G are still being hammered out, the speeds it offers could be up to 100 times faster than 4G networks, with extremely low latency (the time it takes a message to go from one device to another), and those networks will connect all sorts of IoT devices to the Internet. Skyworks says it's investing in this tech now so it can benefit later. "Our strategic R&D and CapEx investments will be pivotal as the scale and technology requirements around 5G intensify," Griffin said recently.

You can get this growth stock for a song

Skyworks top line grew by 15% in the first quarter to $1 billion, and earnings per share jumped 24% year over year. The company ended Q1 with cash flow from operations of $361 million, total cash of $1.7 billion, and absolutely no debt.

What makes Skyworks an even more compelling investment is that its shares are trading at just 11 times the company's estimated forward earnings right now, which is far below the tech sector's average. Considering its strong financial position, its relative stability in the mobile market, and its prospects in IoT and 5G, Skyworks looks like a solid buy with substantial long-term potential. The only way I'd change my recommendation is if the company suddenly lost its relationship with Apple. But even if Apple reduces its iPhone production in the near future, I don't think that would be reason enough to shun Skyworks stock.