Please ensure Javascript is enabled for purposes of website accessibility
Log In Help Join The Motley Fool
Free Article Join Over 1 Million Premium Members And Get More In-Depth Stock Guidance and Research
By Tyler Crowe - Updated May 3, 2018 at 8:16AM

The company saw revenue grow for the first time in years.

It has been a long time since Transocean (RIG -0.14%) -- or any other rig company, for that matter -- has been able to post an increase in revenue compared to the prior quarter. Even though Transocean did accomplish this rare feat, it wasn't as great of a sign as one might hope.

Let's take a look at Transocean's most recent earnings results and determine how investors should view this company that just completed a big acquisition in the middle of an offshore rig market that seems stuck in the mud.

Seeing a rig company increase its revenue has been quite an amazing sight lately as contract work for new rigs has either been not enough to replace rigs going off contract, or has been at rates much lower than the rig's prior contract rates. This past quarter, though, the company benefited from closing its acquisition of Norwegian offshore rig company Songa Offshore and from deploying its most recent newbuild ship to start its contract with Royal Dutch Shell in the Gulf of Mexico. This helped to more than offset declines from other rigs going off contract and lower rates for some rigs that received contract extensions.

Apart from these two big events, the rest of the quarter was somewhat quiet. There were a few short-term contract extensions that kept some rigs working, but not enough to really write home about. At the end of the quarter, Transocean's backlog stood at $12.5 billion. 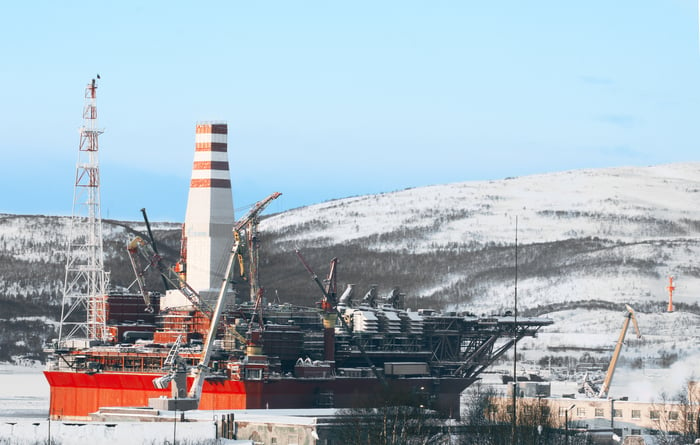 As expected, though, the addition of Songa also resulted in an increase in the company's debt load, something that has been a bit of a concern as companies continue to manage this downturn. Total debt increased from $7.3 billion in the prior quarter to $9.8 billion at the end of this one, $1.9 billion of which is due within one year. The good news is that the company still has $3.3 billion in cash and short-term investments to cover those shorter-term obligations. Also, now that its newbuild ship is on the water, it will lower capital spending even further and strengthen Transocean's free cash flow results. As long as the company can keep churning out some cash that can be put toward debt reduction, Transocean should be in relatively decent shape.

Even though there wasn't a whole lot of activity to report in the company's fleet status updates or financial statements, CEO Jeremy Thigpen's press release statement should give investors some hope that the turnaround for the offshore market could be on the horizon.

We remain encouraged by the increase in floater contracting activity that we have experienced in recent months; and, we believe that the combination of stable oil prices, lower project breakeven economics, and historically low global reserve replacement will continue to drive increased demand for Transocean's industry‑leading assets and services. 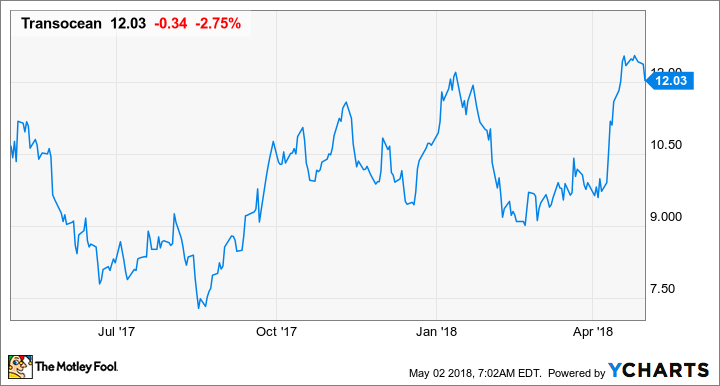 A return to activity doesn't mean a return to profitability

Transocean's management team should get credit for making some incredibly difficult decisions during this downturn. It was very aggressive with scrapping older, less capable rigs instead of hanging onto hope that these rigs would be useful further down the road. Transocean also kept its financial house in order by cutting its dividend early and preserving as much cash as possible to handle its contractual obligations and pay down its debt load. Without those moves a couple of years ago, this recent acquisition wouldn't have been possible.

Thigpen's comments about increasing contract activity are certainly encouraging, but it isn't necessarily a sign that Transocean will return to generating profits immediately. There are still a lot of idle rigs out there looking for work, which means producers still have the upper hand when it comes to pricing contracts. It is likely going to take more than a year for all of these available rigs to find work, and those lower contract rates mean the margins for Transocean and others will be considerably smaller than the fat-cat years from 2012 to 2014.

Shares of Transocean are still incredibly cheap, and those investors who are patient could get a nice return. That said, it is going to take a long time for that turnaround to happen, and we could still see another couple of tough quarters ahead of us.