Please ensure Javascript is enabled for purposes of website accessibility
Log In Help Join The Motley Fool
Free Article Join Over 1 Million Premium Members And Get More In-Depth Stock Guidance and Research
By Natalie Walters – May 3, 2018 at 1:40PM

Alibaba's (BABA 4.01%) revenue growth seems to get more impressive with each passing quarter so expectations are high for its fourth-quarter earnings, due out May 4.

If you want to understand the company's current financial health, here are the four things you should look for on Friday. 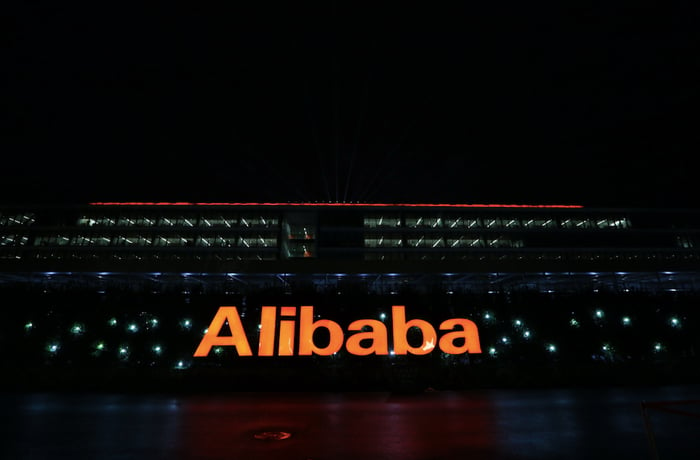 For the past fiscal year, the company originally guided for revenue growth of 45% to 49%. However, Alibaba has slowly increased its estimates to expected revenue growth in the range of 55% to 56%.

Last May, Alibaba reported that its overall annual revenue increased 56% year-over-year to $7.4 billion. Pulling off 50% revenue growth for a second consecutive year would be an impressive feat, especially considering it was helped out last year by its absorption of Southeast Asian e-commerce platform Lazada.

Alibaba gets the bulk of its revenue from its core ecommerce businesses. One way for Alibaba to encourage online shoppers in China to use those businesses is by engaging them with entertaining and helpful content. Alibaba has told its investors that the more time users spend on its app, the more money they spend on the app.

Last quarter, Alibaba's mobile monthly active users (MAUs) increased 31 million over the December quarter bringing the total to 580 million. That was a big increase from the 20 million it added for the September quarter. Investors will be watching to see if Alibaba can report that same type of growth this time around.

Along the same lines, Alibaba's media and entertainment businesses have been showing momentum with 100% year-over-year growth in subscribers last quarter. The company's growth is largely thanks to the original content that it's been releasing on its video platform Youku. As Netflix has demonstrated in the U.S., high-quality original content is a great way to get subscribers to hand over a monthly subscription fee.

Alibaba's cloud revenue has been its second-biggest revenue driver behind its core e-commerce businesses so investors have high expectations for it.

The segment has shown consistent growth with revenue increasing 104% year-over-year last quarter to $553 million. In the previous quarter, it showed a similar 99% year-over-year growth in revenue.

Alibaba Cloud launched in 2009 and is already the market leader in China. The company says that the segments high revenue growth is due to an increase in the sign up of paying customers, as well as adding higher value options to encourage current customers to up their spending on the platform.

Alibaba's recent defense strategy against competitors has been included some heavy investing and investors will be looking for evidence that those are paying off.

Most notably, the company's recent 33% stake in Ant Financial could weigh on the company's profits in these next few quarters. That's because Ant Financial has an aggressive user growth plan as it fights for market share against Tencent's WeChat Pay.

Last quarter, Alibaba told us to expect Ant Financial to continue to invest in technology and marketing to stay ahead in China's $15.5 trillion third-party mobile payments market. To reassure investors that the hit to profit is worth it, Alibaba noted last quarter that Alipay Wallet's daily active users more than doubled on a year-over-year basis for that quarter.

In February, Ant Financial was said to be looking to raise about $5 billion at a valuation of $100 billion as it preps for its expected IPO. Last quarter, Alibaba declined to comment on a potential public offering for Ant Financial but maybe this quarter they can provide more color.

Alibaba has also been spending heavily on its New Retail strategy, or the use of data and technology to help update (and save) brick-and-mortar stores. Last quarter, Alibaba said that its New Retail segment was "starting to make meaningful contributions" to its China e-commerce revenue. However, the investments required for this segment have been weighing on the company's operating profits, which Alibaba has assured investors will be worth it for the long-term growth.

Other investments investors will be looking to glean more information on include its March investment of $2 billion in Southeast Asia e-commerce platform Lazada. Alibaba owns 83% of Lazada and this recent investment brought its total investment in the company to $4 billion. The following month, Alibaba acquired China's biggest food-delivery company Ele.me to go help it compete for China's $32 billion food delivery market.