Please ensure Javascript is enabled for purposes of website accessibility
Log In Help Join The Motley Fool
Free Article Join Over 1 Million Premium Members And Get More In-Depth Stock Guidance and Research
By Asit Sharma - May 3, 2018 at 8:58AM

In an environment that should have been conducive to earnings momentum, the third-party logistics company reported higher-than-expected operating costs in the first quarter of 2018.

C.H. Robinson Worldwide's (CHRW 0.68%) first three months of 2018 showed much top-line promise, as trucking revenue hit double-digit growth. Yet the company had difficulty translating that momentum into higher profit -- at least of the magnitude investors were expecting. Let's delve into the quarter's report filed on May 1, starting with the headline numbers: 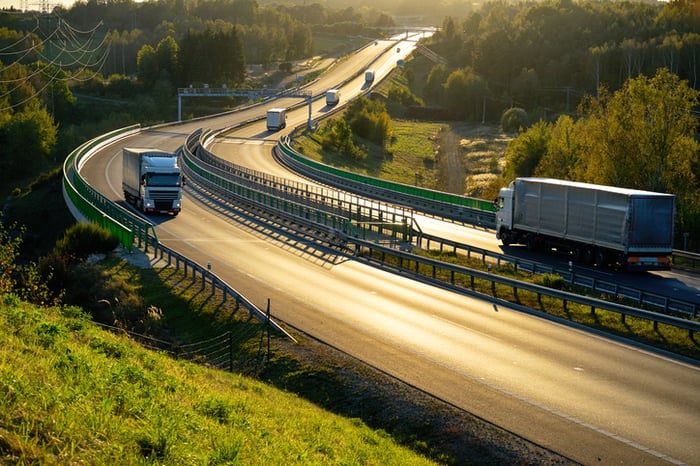 During C.H. Robinson's earnings conference call, analysts were eager to discuss the disconnect between relatively healthy performance in the NAST segment and the overall decline in operating margin. In answer to a question in this vein, Wiehoff gave a thoughtful summary of the challenges facing the company's two smaller segments:

We talked through, in the prepared comments, the challenges in the Global Freight segment that we continue to grow, but we leaned in heavily on some network investments at the operating expense line item, and we will continue to rationalize those quickly to make sure that the ones that are paying off are capitalized on, and the rest of them are shut down or balanced accordingly.

In Robinson Fresh, I think you see some of the segments and verticals where repricing is even more challenging, and the sort of net revenue compression that can happen where you're less successful doing that...overall, we're not happy with the operating income performance for the quarter, but we're on top of it. We believe that we have the right model and the right disciplines in place to grow our operating income more in line with our net revenue for the remainder of this year. And long-term, that continues to be our growth strategy for value creation and growing the business together.

It should be noted that despite misgivings over operating margin, C.H. Robinson still turned in a viable first-quarter performance. After all, net income did increase by nearly 17% year over year. But investors and analysts felt that the company left money on the table by failing to optimize profits. Looking ahead to the next three quarters of 2018, capacity in the freight industry is expected to remain tight. Thus, C.H. Robinson should have opportunities to maximize revenue -- while controlling overhead costs -- in the months to come.