Chegg Inc.'s (NYSE:CHGG) latest earnings report, released April 26, highlighted the benefits of its transition to an all-digital enterprise, as revenue advanced by a brisk 23% to $76.9 million in the first three months of the year.

Revenue isn't the only financial item the education industry dynamo is bulking up, however. At the beginning of 2017, Chegg had $77.3 million in cash in its coffers. Fast-forward to its most recent balance sheet date of March 31, 2018: Cash has expanded to $106.8 million, and in addition, the company holds $82.3 million in short-term investments. That brings Chegg's liquid asset total to $189.1 million.

While Chegg has enjoyed much better cash flow since it began outsourcing the physical renting and sale of textbooks to third parties two years ago, it hasn't generated nearly enough operating cash flow to push these balances up so quickly. 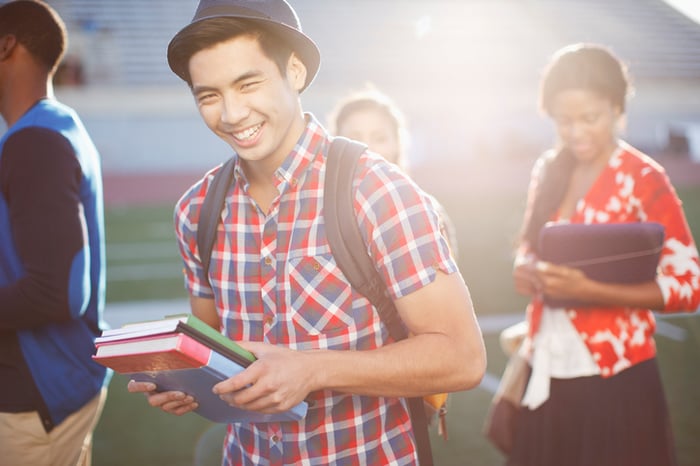 Instead, Chegg has beefed up its cash and investment balances through two separate offerings in the public markets, which were executed over the last three quarters.

In August 2017, the company executed a follow-on public offering of its common stock shares. Chegg had offered 8 million shares to the public in this transaction, but due to brisk demand, it ended up selling 11.5 million shares, including 1.5 million shares purchased by the transaction's underwriters. At a per-share price of $13.50, Chegg's stock sale brought in a total of $147.6 million, net of offering costs.

And last month, on April 3, just a few days after the close of the first quarter, Chegg raised $345 million by issuing convertible notes due in 2023. The senior unsecured notes carry an annual interest rate of 0.25%, and have an initial conversion rate of 37.1 Chegg shares for each $1,000 in principal amount of notes.

This note issuance also reflected avid market demand, as the stated offering of $250 million was bumped up to $300 million, and initial purchasers then exercised their option to purchase $45 million in additional notes.

Of course, bond market forays aren't free to conduct. Still, after transaction fees, a purchase of call options to offset potential future stock dilution tied to the conversion feature, and a share repurchase related to the offering, Chegg walked away with $276.4 million in net proceeds. Note that these funds aren't included in the nearly $190 million in liquidity I discussed at the outset of this article. This amount will show up in cash and investments on Chegg's books in its second-quarter 2018 report in late July.

What will Chegg do with a war chest that stands at roughly $465 million? In both its stock and bond offering documents, management disclosed that net proceeds would be used for working capital and "general corporate purposes," including potential business acquisitions and purchases of technology and capital equipment.

Now these are pretty standard declarations as far as offering prospectuses go, meant to give management a wide latitude when using proceeds. Chegg's balance sheet and operating cash flow are both healthy, so it really doesn't need the cash for working capital. 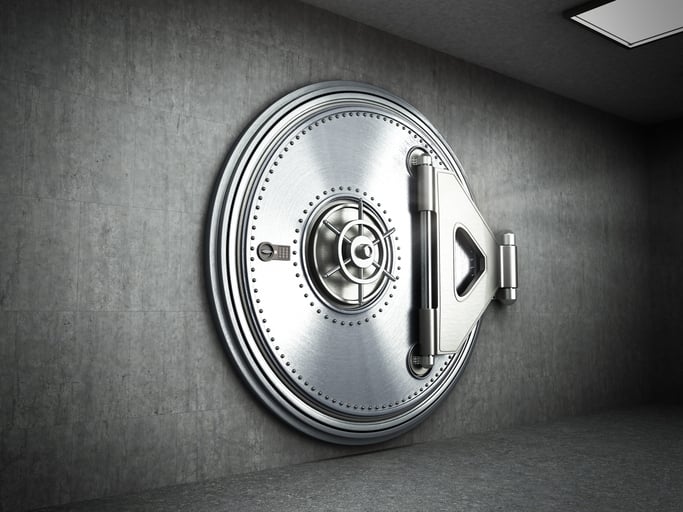 And if Chegg maintains its current cash flow generation pace (it boasts trailing-12-month free cash flow of $30.25 million), it should be able to cover most of this year's $30 million-$35 million in capital expenditures out of operating cash flow.

Now personally, I'm inclined to think a small company like Chegg is gunning for a major acquisition when it raises cash in an amount that's nearly twice annual revenue. Here's Chegg CFO Andy Brown responding to an analyst's question on the bond offering during the company's recent earnings conference call on April 26:

So when you look [the recent capital raise] early in the quarter, that was clearly opportunistic. It hasn't changed how we view potential acquisitions...when we talk about potential acquisitions, it's got to really leverage the core of who Chegg is today, and that is our brand and our reach, and any acquisition we make would need to be able to accelerate its growth as a result of that. So nothing has changed how we view acquisitions. Having said that, we're not anxious to make acquisitions either...as we look out over the next couple of years, we've got the assets to meet our financial goals, and so we're simply a patient acquirer.

During the same call, CEO Dan Rosensweig also described the cash buildup as "opportunistic," meaning that management felt it prudent to secure funds while market demand for Chegg's equity and debt was high. The ability to lock in low interest rates was also likely a consideration on the bond offering.

The company has discussed logical geographical expansion over the next couple of years into the English-speaking markets of Canada, the U.K., and Australia. It may fund more of these small, bolt-on acquisitions to supplement its entrance into foreign markets.

In addition, Chegg believes that by increasing the scale and subject matter of its proprietary content, it can expand its total addressable market (TAM). Thus, the organization is starting to invest in video content. Having such an outsize supply of cash will enable Chegg to ramp up content production in the future and extend its TAM, ensuring an avenue to revenue growth.

In sum, for now, management apparently just wants to have dry powder close at hand -- and several barrels of it, at that. Rosensweig also made one more point that I think is important for investors to note. Holding just under half a billion greenbacks is a fine tool for widening Chegg's competitive moat, as it dissuades smaller potential competitors who may be greedily eyeing the company's market share.