Please ensure Javascript is enabled for purposes of website accessibility
Log In Help Join The Motley Fool
Free Article Join Over 1 Million Premium Members And Get More In-Depth Stock Guidance and Research
By Steve Symington - May 4, 2018 at 2:02PM

The action-camera leader just trounced expectations to start 2018. But the real progress should come later this year.

GoPro (GPRO -3.25%) announced better-than-expected first-quarter 2018 results on Thursday after the market closed, highlighting solid demand for both its high-end cameras and its new entry-level HERO model.

With shares of the action-camera specialist up more than 9% early Friday as of this writing, let's zoom in to get a better idea of how GoPro started the year, and what investors should be watching. 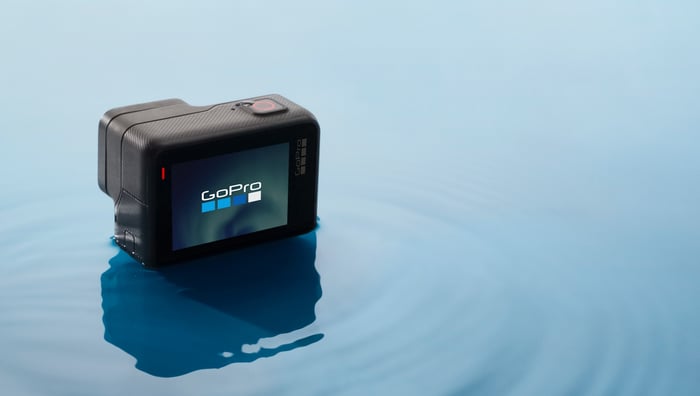 GoPro's founder and CEO Nick Woodman reiterated strong demand for the HERO5 Black and HERO6, noting that initial demand for the new entry-level HERO is "promising" and should improve once its retail availability expands.

"Our first-quarter performance makes it clear that there is significant demand for GoPro, at the right price," Woodman said. "We began to step up marketing programs in March which, coupled with overall expense controls, solid channel management, and second half new product launches, gives us confidence for a successful 2018 for GoPro."

During the subsequent conference call, GoPro told investors to expect second-quarter 2018 revenue of between $260 million and $280 million -- down from $296.5 million in last year's second quarter, but far above the roughly $240 million most analysts were modeling -- with gross margin improving to the high-20% range.

In addition, GoPro anticipates revenue will return to growth on a year-over-year basis in the second half of 2018, though the third quarter will likely represent a lower proportion of second-half sales given the shift in timing of new product launches to the fourth quarter of this year. Finally, GoPro believes the introduction of those new, higher-margin products will lead gross margin to recover to the upper-30% range, aiding a return to adjusted profitability in the second half and a narrow loss for the full year.

If that happens, it will mark much faster progress toward GoPro's return to sustained, profitable growth than most investors could have hoped. So with shares still reeling from GoPro's painful holiday-quarter results revealed earlier this year, it's no surprise to see the stock rebounding today.