Please ensure Javascript is enabled for purposes of website accessibility
Log In Help Join The Motley Fool
Free Article Join Over 1 Million Premium Members And Get More In-Depth Stock Guidance and Research
By Ashraf Eassa - May 5, 2018 at 8:00PM

This could be Apple's next big thing.

According to a new report from CNET, Apple (AAPL 0.63%) is working on a stand-alone headset that can be used for both virtual reality (VR) and augmented reality (AR) applications. CNET cites a "person familiar with Apple's plans," which, given that the product is still a ways off, is probably an Apple employee.

The headset, CNET claims, goes by the code-name T288 internally and will feature a very high-resolution 8K display in each eye. Moreover, the headset won't depend on a personal computer or a smartphone to handle the heavy computational lifting. 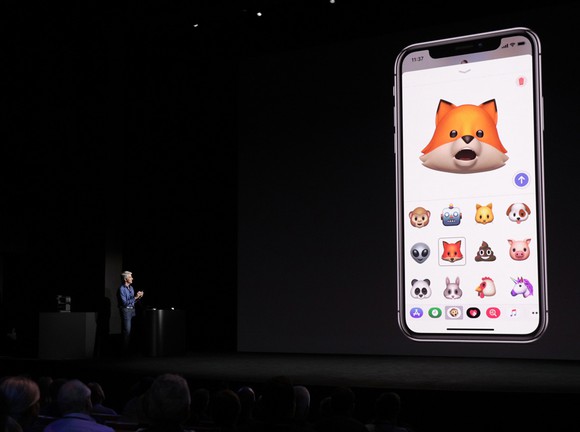 Instead, the headset will reportedly connect to a "dedicated box using a high-speed, short-range wireless technology." That box, per the report, will have a "custom Apple processor more powerful than anything currently available."

So, could this be Apple's next big thing, or will it wind up being a niche product? Let's dive in.

A market for Apple to redefine

The market for virtual reality and augmented reality technology is still quite small, despite high-profile pushes from major consumer electronics companies as well as from smaller start-ups.

However, Apple has made it clear in both its public statements as well as in its job listings that it's investing heavily in both augmented and virtual reality technology. Apple is a company that's uniquely positioned to not just become a participant in this new computing paradigm (should it actually take off), but be a thought -- and market -- leader.

Apple's unique ability to create software and related ecosystems as well as to develop best-in-class hardware (including its own custom processors) should allow it to build a virtual and augmented reality platform that'll be difficult for others to match.

When all is said and done, though, Apple's task will be to ensure that when this headset launches, there are compelling reasons for the average consumer -- not just technology nerds who will buy the latest whiz-bang gadgets -- to want to buy it.

This will probably mean an extensive suite of compelling first-party applications. If Apple can get a reasonable amount of adoption of its virtual/augmented reality platform with good first-party applications, this could draw third-party software developers both large and small to try to bring their creativity to the platform, increasing the appeal of it.

If Apple can get such a platform off the ground, then it could benefit in two ways. Firstly, there's the obvious benefit from selling the hardware, but then there's also the fact that Apple would be able to profit from the sales of apps and services offered on the platform, similar to how it profits from the iOS and Mac app stores today.

Moreover, since augmented and virtual reality applications are likely to be quite sophisticated, my guess is that we're not looking at apps that sell for between $1 and $10, but more along the lines of $20-$100. If this platform takes off and Apple takes, say, a 20%-30% cut of each app sold, this could serve to dramatically accelerate the company's already fast-growing services business.

The potential here seems enormous, but it'll all ultimately depend on the market's interest in augmented/virtual reality technology, as well as Apple's product and platform execution.