Facebook (NASDAQ:FB) recently unveiled a new dating function for its mobile app at its annual F8 conference. Shares of Match Group (NASDAQ:MTCH) -- which owns Tinder, OkCupid, and other dating platforms -- tumbled more than 25% after the announcement, indicating that investors believe Facebook has a shot at rendering its dating apps obsolete.

But are investors overreacting to Facebook's announcement? Let's take a closer look at Facebook's ambitions and Match's growth to find out. 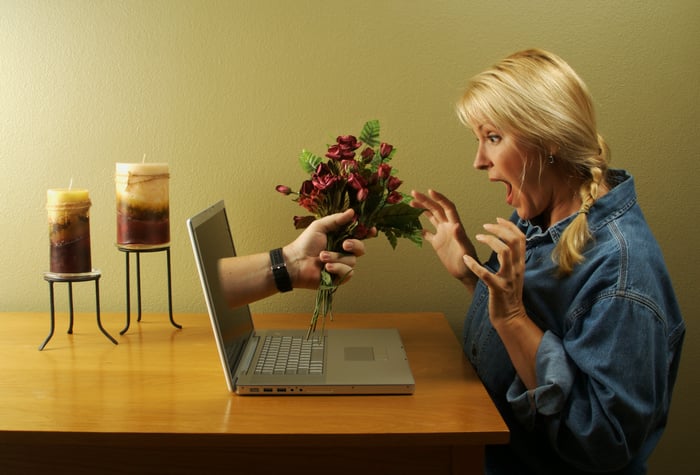 Facebook's new dating profiles, which are optional, feature full-page profile photos like those found on Tinder. However, Facebook's platform puts an emphasis on community connections via events and groups that a user has joined.

The system blocks a Facebook user's existing friends from viewing his or her dating profile, and excludes existing friends from dating suggestions. Users can choose to "unlock" their dating profiles for events or groups which they've joined. Facebook targets users who are listed as "single" with this new feature, but it won't ban users with other relationship statuses from signing up.

Speaking at F8, CEO Mark Zuckerberg stated that the new dating feature was aimed at "building real, long-term relationships," and wasn't "just for hookups" -- in a clear dig at Tinder. To allay recent privacy concerns after the Cambridge Analytica scandal, Zuckerberg also noted that the new feature was designed with "privacy and safety in mind from the beginning."

Facebook product chief Chris Cox stated that the company would start testing out the feature, and would reveal additional features and a release date later this year.

Why Match investors are worried

If Facebook's plans pan out, it could leverage its 2.2 billion monthly active users (MAUs) to render smaller dating apps or sites obsolete.

Match's numbers are tiny compared to Facebook's massive social presence. Its total paid subscribers grew 24% annually to just seven million last quarter. Tinder accounted for over three million of those paid subscribers, which is just a sliver of its 50 million registered members. 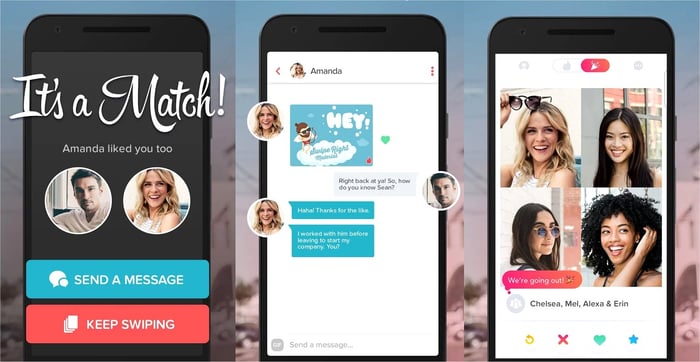 Facebook would also likely make its dating service free, which could put a big dent in Match's freemium business model.

Tinder generated about 30% of Match's total revenues last year, while roughly 90% of Tinder's revenue comes from paid subscribers. Therefore, a popular free alternative to Tinder could cause Match's growth to grind to a halt. And Facebook could just be the beginning. The social media empire might even eventually tether its dating features to Instagram and Messenger, which have a combined user base of over two billion MAUs.

That's troubling, because Match already warned in its fourth-quarter earnings report in February that Tinder's subscription rate would decelerate, dropping from 544,000 in the fourth quarter to 222,000 to 225,000 net adds in the first quarter. It attributes that drop to a temporary subscriber surge sparked by the introduction of Tinder Gold last year.

Wall Street expects Match's revenue and earnings to rise 20% and 86%, respectively, this year. That's a high growth rate for a stock that trades at 29 times this year's earnings and 23 times next year's earnings.

Why I think investors are overreacting

Facebook's entrance into the dating market represents a new threat to Match, but I think investors overreacted to the news, for two reasons.

Second, the average age of Facebook users is rising. eMarketer reports that Facebook is gaining lots of older users in the US, while users below 35 are flocking to alternative platforms like Instagram and Snap's Snapchat. Meanwhile, the median age of Match's Tinder users is just 26 based on a SurveyMonkey study from 2016. Therefore, it's highly likely that Facebook plans to offer dating services for older users instead of going head-to-head against Tinder.

Investors are twitchy, so they tend to overreact to any negative headlines about a stock. I'm not saying that Match won't face headwinds as new competitors emerge, but I think the Facebook-related sell-off was a huge overreaction.